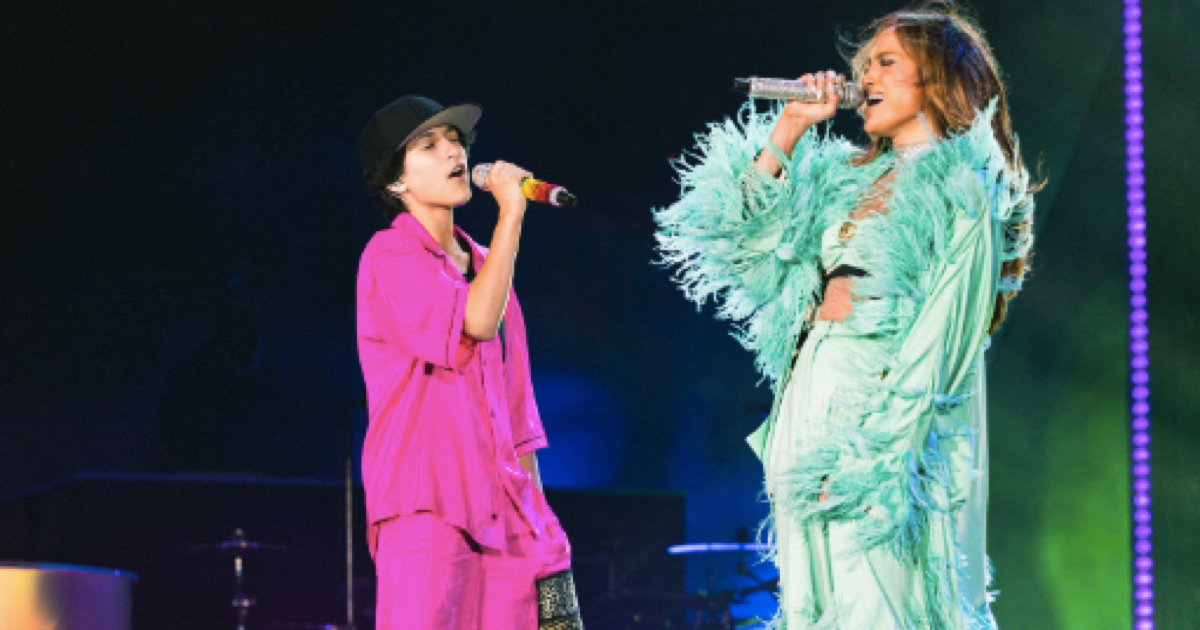 Jennifer Lopez and all the love for her daughter Emma 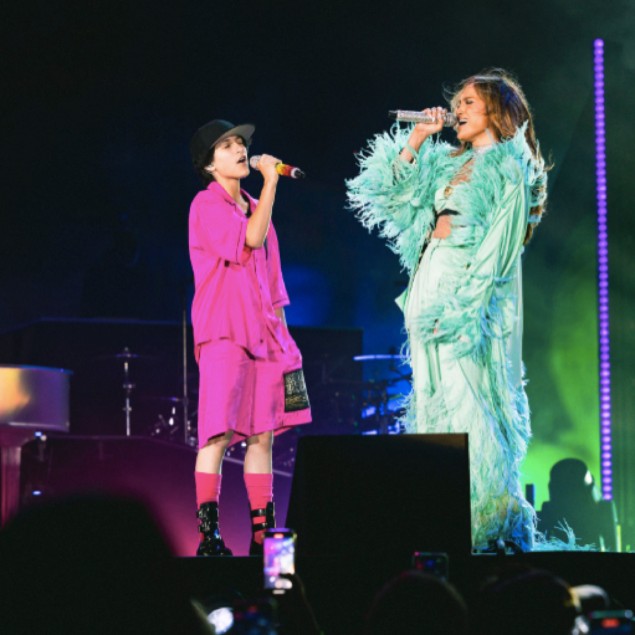 Mom and daughter together during a show in Los Angeles. Where JLo presented Emme as non-binary (Twitter @jlo)

Jennifer Lopez as Angelina Jolie. Forget the star system and glossy magazines. The music star and the Hollywood diva have a lot more in common. And it’s about being moms. On the Los Angeles stage, JLo she amazed everyone by calling her daughter Emme to perform with her. The reason? She turned to the girl with thel neuter pronoun “they”, ie them. A reference that says a lot about the pop star’s daughter, born 14 years ago, together with her twin Max, from the relationship with Marc Anthony. Emme is non-binary: it does not identify with the male and female genders.

Hence the gesture of love of the mother who, in public, presented her with a “they”. And the mind can only go to another mother, Angelina Jolie. His daughter Shiloh Jolie-Pitt as a child she wanted to be called by a male name and to wear male clothes. Mother Angelina’s reaction? Total support. Just like Jennifer Lopez.

Jennifer Lopez and all the love for her daughter

“The last time we performed together it was in a big stadium like this oneSaid the pop star on stage at the Dodgers Blue Diamond Gala in Los Angeles. “Since then I have been asking them to sing with me but they didn’t” he added. At that point, Emme arrives on stage. And everything appears clear. That “they”, a neutral term without any reference to gender, refers to her child. A gesture from a mother that was immediately appreciated by the public and went viral on the Internet. Because it is a sign of respect and love for the opinion of her daughter. That would, therefore, be non-binary. Mom and daughter, then, performed on the notes of A Thousand Years by Christina Perry. But more than the singing talent of the little girl, now well known, everyone appreciated the courage to reveal herself in public. Helped and supported by mom Jen.

Angelina Jolie and Shiloh in 2018. Then the Brangelina daughter wore men’s clothes (Ansa)

A scene reminiscent of mother Angelina Jolie and hers Shiloh. The first biological daughter of Angelina Jolie and Brad Pitt, since she was a child she asked to be called with a male name because he felt male. And instead of showing off in typically feminine clothes and accessories, she was attracted and wore typically masculine attire. 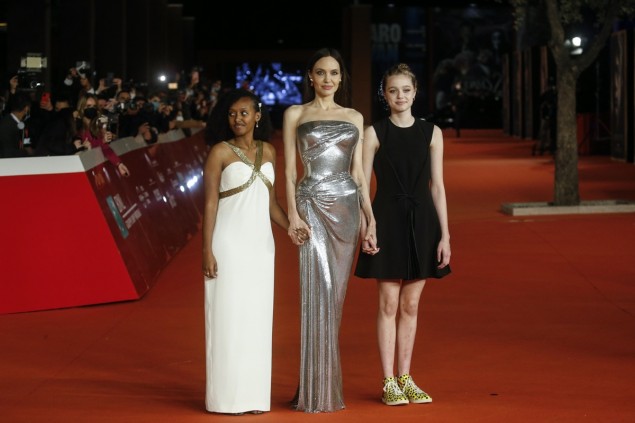 Shiloh reverses a few years later: on the red carpet of the Rome Film Fest she wears women’s clothes (Ansa)

For this reason, from an early age, Shiloh has become an LGBTI icon. And there has been a lot of speculation about him, especially about gender identity. You too, never confirmed, have been circulating about a possible sex change. In recent years, however, the 16-year-old appears to have reversed. So much so that her parents, in interviews, have started calling her “daughter” again. And she has resumed wearing typically feminine clothes.

At the Eternals premiere in October last year, she appeared in a dress similar to her mother’s and ballet flats on her feet. And in Rome, on the red carpet of the Rome Film Fest, she showed up wearing an old evening dress from her mother. In all this, however, what is striking is the attitude of mother Angelina. She is always ready to understand and hug her daughter. In this Angelina and Jennifer are similar: moms who respect their daughters’ ideas about gender identity.

Chiara Ferragni and her son Leone between tricks and dolls

JLo’s gesture was appreciated because it reveals the modern image of a mother that goes beyond stereotypes. There is no lack of examples in Italy too. “My son plays with dolls and this does not arouse any disturbance in me»Said Fedez some time ago, supporting the Zan bill. The little one from the Ferragnez house, in fact, was shown on social media by mother Chiara Ferragni struggling with dolls and tricks, challenging the comments of the haters. Because she too, like Jennifer Lopez and Angelina Jolie, is a mother capable of going beyond taboos. Simply in the name of a child’s love.

David Martin is the lead editor for Spark Chronicles. David has been working as a freelance journalist.
Previous Kim Kardashian breaks silence on accusations that she ruined Marilyn Monroe dress; watch
Next Neymar has a moment of panic with a hasty plane landing and speaks out