Jennifer Lopez and Ben Affleck’s relationship for several months he has been constantly commented on by the gossip press around the world. The singer and actor have recovered 17 years after they broke up in 2004. “Bennifer“, because that’s what their fans used to call them, for a long time they did not confirm the speculations circulating on the network, and the fans could only count on photos taken by paparazzi. where she kisses her boyfriend Now the lovers appeared in the salons for the first time as a couple. They chose the premiere of “The Last Duel” at the 78th Venice Film Festival. They looked beautiful, and they did not spare themselves from the photojournalists.

Jennifer Lopez and Ben Affleck met in December 2001 on the set of the comedy “Gigli”. The actress did not pay attention to her colleague at first, as she had only married a dancer a few weeks earlier Cris Judd. The actor has just parted ways with Gwyneth Paltrow. In April 2002, the media began to gossip about Lopez and Affleck’s affair, but they did not comment on the denunciations. However, soon Jennifer divorced her husband, and it was obvious to many that a new man had appeared in her life.

Jennifer Lopez and Ben Affleck’s relationship quickly became one of the most famous in Hollywood history. The paparazzi followed their every step, and the press hailed them as “Bennifer”, resulting from the combination of their names. Only a few months later, the press reported that the lovers were engaged. The actor was supposed to give the singer, worth $ 2.5 million, engagement ring with pink diamond. In the summer of 2003, the lovers gave their first joint interview to promote the film “Gigli”. Most of the journalists’ questions concerned their romance.

The idyll in the celebrity relationship did not last long … On the day of broadcasting the interview on NBC, the tabloid “The National Enquirer” reported that Ben Affleck visited a strip club and cheated on his fiancée with two women. The actor denied the rumors, and his lawyers threatened the newspaper with a lawsuit. He himself was getting ready to marry Jennifer Lopez on September 14, 2003. However, a few days before the agreed date, the future spouses postponed the date of the ceremony due to “too much media interest”. This only fueled rumors of their imminent separation.

Over the next weeks, the gossip media analyzed every gesture of “Bennifer” and quoted statements from their alleged friends who said that the bride and groom blamed each other: she was him for the antics with the strippers, he was for her – for creating their relationship in front of the public. In January 2004, the rumors were confirmed – Ben Affleck and Jennifer Lopez stopped being together. The actor confirmed the information in an interview with one of the podcasts, stressing that he had a significant role in breaking up with J.Lo. tabloids played. The singer also did not avoid answering questions about the relationship with Affleck, in an interview for “Variety” she admitted:

However, time heals all wounds, as evidenced by the photos of the couple at the Venice Film Festival.

2/7
Ben Affleck and Jennifer Lopez at the Venice Festival 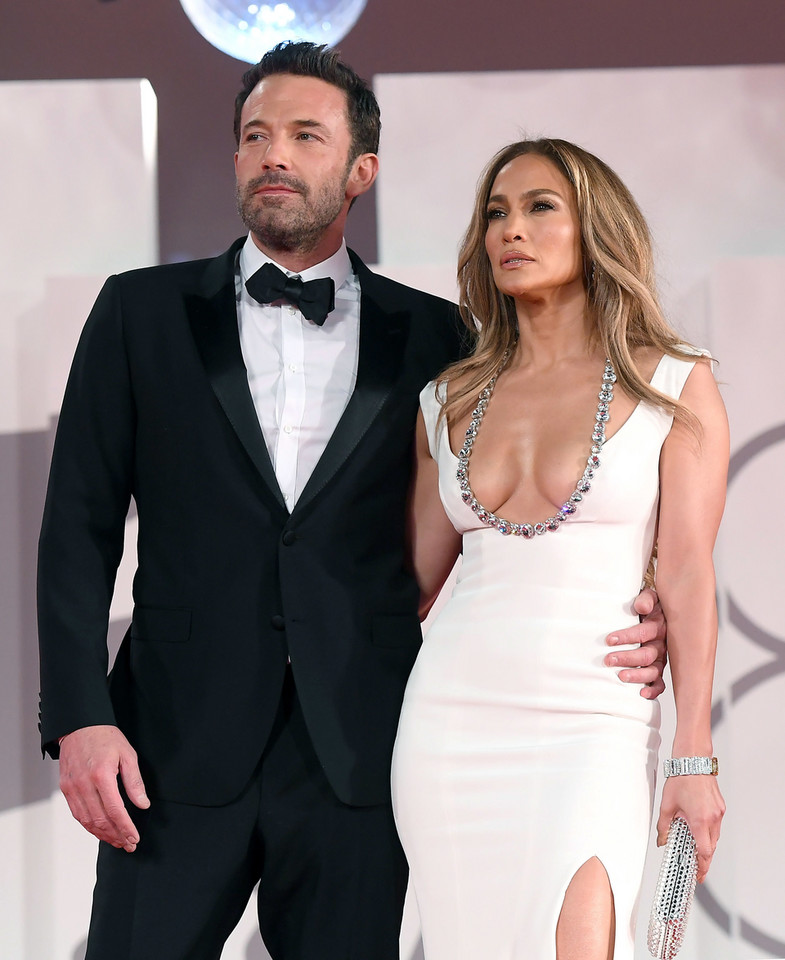 This is the pair’s first official departure after they decided to get back together a few months ago. Until now, only photos of them taken by paparazzi circulated on the web.