Jennifer Lopez cries in documentary after being ignored at the Oscars

In the new documentary trailer “Halftime” on Jennifer Lopez, which Netflix premieres on June 14, the actress reveals that she was very disappointed and sad when she was not nominated for the 2020 Oscar award, after her performance in the movie “Hustlers”. She really hoped to be nominated for Best Supporting Actress.

Read+: J-Lo’s marriage to Ben Affleck is close to happening

At the time, actresses Laura Dern, Kathy Bates, Scarlett Johansson, Florence Pugh and Margot Robbie were the big nominees, with Dern winning an Oscar for her role in “Marriage Story”.

In front of the cameras at the time, J-Lo didn’t make much of it, but was secretly ‘devastated’ by the Academy’s scorn, even after impressing critics with her role as a stripper in the film, based on real life.

The full extent of Lopez’s grief is first revealed in the Netflix documentary “Halftime”.

Read+: Jennifer Lopez was a big fan of the group Menudo

In the clip, the actress is seen sobbing in bed, looking at her cell phone, after finding out she was not nominated for the award.

“Was hard. I just had really low self-esteem,” lamented Lopez in a narration. “I had to really find out who I was and believe that and not believe in anything else,” she added.

In the documentary J-Lo will tell how he dealt, throughout his career, with criticism about his talent:

“Everyone was like, ‘She can’t sing. She cannot dance. She cannot act. She’s just a pretty face or her ass is big,’ or whatever they were saying about me. I started thinking, ‘Yes, that’s true,’ and it really hurt me for a long time (…) Despite the pain, I just kept going. I just couldn’t allow it to become who I was,” he added.

BACK ON THE STAGE?

Jennifer Lopez caused real emotion in his fans when considering the possibility of returning to the stage with a renewed show. And according to sources close to the actress and singer, this time the groom Ben Affleck can have a lot of participation in the show.

Read+: Jennifer Lopez reveals that she was a fan of Menudo

Rumors started after the star shared an old video from one of her Las Vegas performances, asking her more than 207 million Instagram followers who was ready for new shows. And according to In Touch Weekly magazine, Ben is looking forward to being part of the show’s production and more: being the performance director.

A source commented: “Ben is a fan of J-Lo’s energy and is looking forward to being at one of her concerts to see all that energy up close, and they’re talking. [sobre a participação dele]”, he stated.

However, fans would still have to wait a while, as the performances could only take place next year, as she would be negotiating a new contract in Las Vegas.

Videogames entered his life in the late '80s, at the time of the first meeting with Super Mario Bros, and even today they make it a permanent part, after almost 30 years. Pros and defects: he manages to finish Super Mario Bros in less than 5 minutes but he has never finished Final Fight with a credit ... he's still trying.
Previous Filming Italy Sardegna Festival, fifth edition starting on 9 June
Next Juventus fans praise ex-Santos and attack Cristiano Ronaldo; see | International 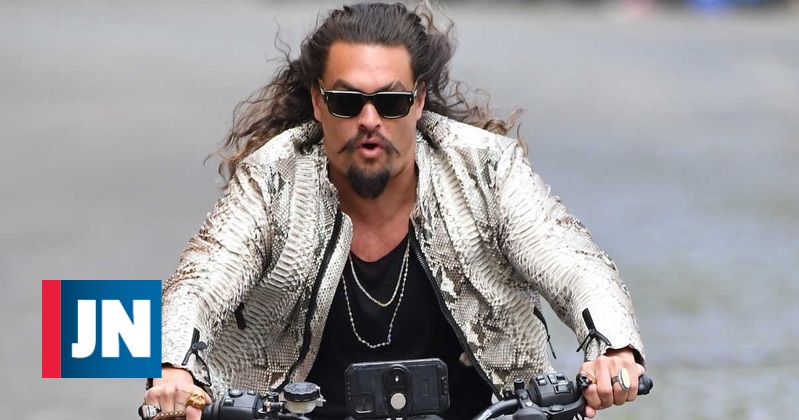 What to see on TV tonight? As always, we are here to try to answer …