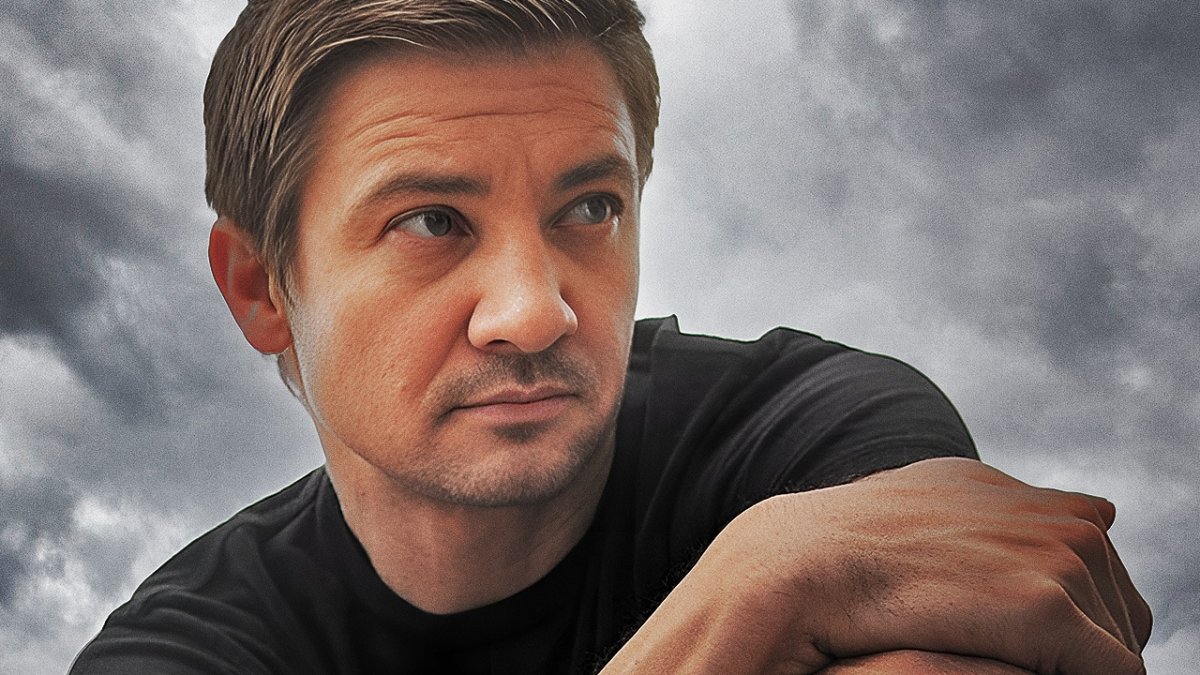 We retrace the career of actor Jeremy Renner focusing on five titles in which his presence is not often remembered by the public. 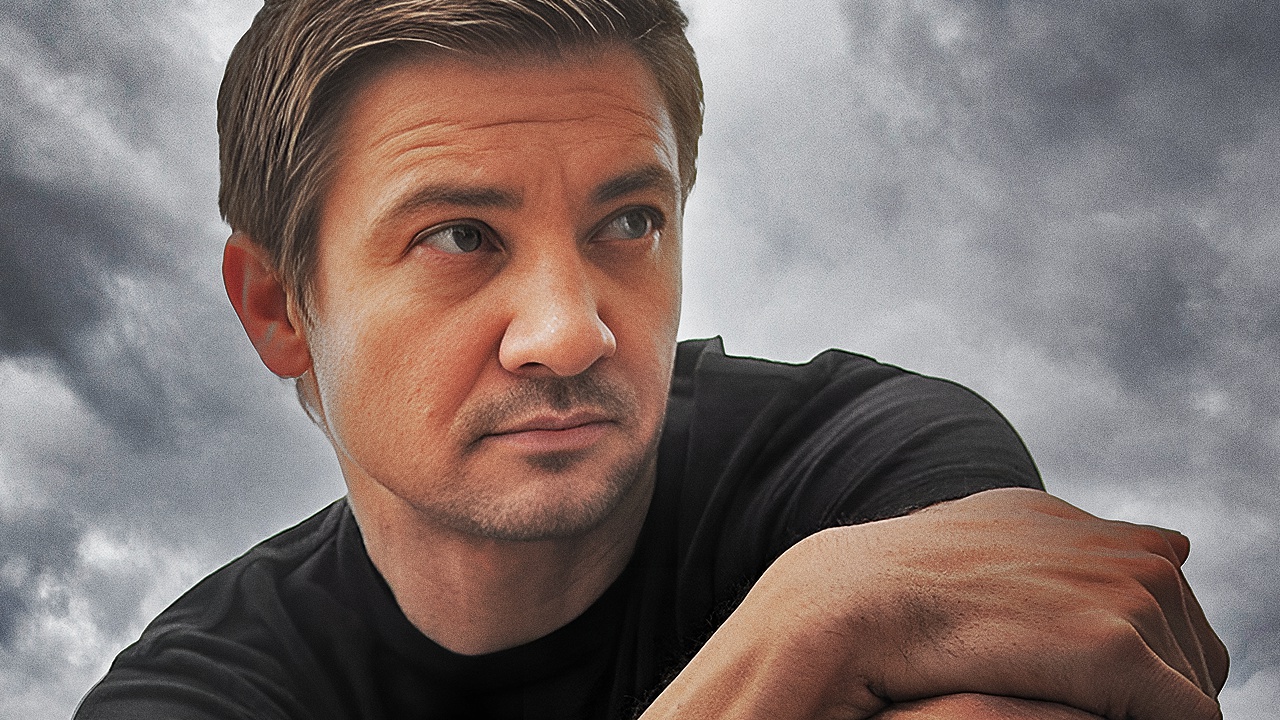 The American actor was born on January 7, 1971 Jeremy Renner. Just in these days, the interpreter has ended up in the spotlight due to a domestic accident that forced him to undergo emergency surgery in the hospital. The conditions are absolutely not to be underestimated, yet his clinical situation should be stable. However, focusing on his career, Renner has had the opportunity to collaborate with many interesting authors on the international scene (such as Tony Gilroy, Brad Bird or Taylor Sheridan) and play unforgettable roles. Especially in recent years, Renner’s name has gradually become more and more known thanks to his participation in the Marvel Cinematic Universe. His Hawk eye in fact, he was highly appreciated by critics and fans from all over the world, and certainly his presence in the films dedicated to the Avengers contributed greatly to the growth of his career.

However, beyond these products mainstream and of great appeal, Jeremy Renner has taken part in projects of lesser impact but absolutely not to be underestimated from a qualitative point of view. The curious fact, however, is that often the presence of him in these films is not remembered by most. We therefore decided to offer our very personal wishes for a happy birthday (and a good recovery) to this actor and we enjoyed collecting them in chronological order five must-see movies in which he took part but in which most viewers do not remember him present in the cast.

For those who don’t remember, it is a film that marked the history of this industry. The Hurt Locker it is in fact the film that finally manages to award an Oscar to a director. It had never happened before. Kathryn Bigelow thus becomes the first woman to soar in this category setting a precedent that will be repeated only eleven years later thanks to the work of Chloé Zhao with her Nomadland and most recently, thanks to Jane Campion for The power of the dog. Bigelow’s film also won the Oscar for best feature, screenplay, editing, sound and sound editing: an incredible success. The mocking fact, at least for this venue, is that Jeremy Renner was also nominated for an Oscar for best leading actor but lost in favor of the poignant interpretation of Jeff Bridges in Crazy heart. The even more grotesque fact, however, is that despite the great success of Oscar, despite his first nomination, despite the world presentation on a very ambitious stage considered to be the Venice Film Festival, only the most attentive public remembers Renner’s presence within this project. A real pity, also because the actor demonstrates the right stuff to play a character crushed by the emotional stress due to the war that he has decided to live on the front line as a bomb squad. The Hurt Locker is a tense, rhythmic and adrenaline-pumping film: a work to (re)discover and immerse yourself in without fear from the first to the last minute.

Based on Chuck Hogan’s novel titled The prince of thieves, The Town according to many critics it is the best film directed by Ben Affleck. Of course, success at the Oscars enjoyed with the next Argon (which won the statuette for best film) has somewhat overshadowed the appeal of this work, however, already starting from its preview presentation at the Venice Film Festival, The Town began to grind acclaim and consolidate the name of Ben Affleck as that of an interesting director as well as an iconic actor. Telling the story of a robber on the road to conversion after falling in love with his victim, the film combines a style of great entertainment action to more intimate and personal dynamics on which it will be difficult to take a clear position. The role played by Jeremy Renner, without saying anything to avoid ruining the story for those who haven’t seen it yet, is certainly secondary but not marginal, on the contrary. Yet even in this case only the most cinephile and niche audience remembers the actor’s presence in this project, probably because shortly thereafter Renner officially disguised himself as Hawkeye, completely relaunching himself in the more mainstream and focusing all attention on the Avengers saga instead of on the more authorial and parallel projects that he has always shown he wants to cultivate.

Presented in competition at the 60th Cannes Film Festival, the fifth feature film by the American director James Gray it is a historical melodrama that makes use of a decidedly enviable staging. Straddling the old and new continent, the poignant love story told in Once upon a time in New York it is also the story of different people and opposite mentalities who, however, can only intertwine. Although the film is perfectly tripartite, as can also be seen from the advertising poster, few people remember the presence of Jeremy Renner in the cast. In fact, everyone immediately associates the film with the faces of Joaquin Phoenix and Marion Cotillard and with the direction of the New York author who with this work signs one of his most sinuous and bewitching films (sometimes even a little borderline). Yet the character of Renner not only becomes an essential key to the narrative plot, but is also perhaps the most interesting element of the work: it is in fact an illusionist, a showman whose fiction reflects the desire to escape and the hope of redemption of the protagonist. On the one hand there is the dream of a new life, a new freedom, a new continent (in every sense), on the other hand the roots that, for better or for worse, link it to the past, to Europe and to bulky difficult to dissolve and which risk becoming the railings of an existential prison, even before physical and concrete, from which it will be increasingly difficult to escape.

There factory Of David O. Russell returns with full firepower after successful de Bright side (2012). The American director calls upon himself an exceptional cast (Christian Bale, Robert De Niro, Amy Adams, Jennifer Lawrence, Bradley Cooper) to which is added, often forgotten, also our own Jeremy Renner. With the usual effective staging, the author leads the audience inside the mood of the seventies, when an FBI operation is set up to shed light on the rampant corruption in the Congress of the United States of America. Everyone lies, everyone wears a mask. This is one of the themes dearest to the director who often and willingly (this film included) insists on “hiding” his performers under large doses of make-up, almost as if he ideally wanted to return the question in images. Although the critics have received the work with a lot of coldness, American Hustle – Looks can be deceiving is one of the most popular works directed by David O. Russell, who proves able to find continuity in his dialogue with the general public. A further indicator of this fact is the chronicle of what happened at the Oscar ceremony of that year: the film presents itself with no less than ten nominations (including best feature film, best director, screenplay and all four categories for interpretations) but comes out completely empty-handed. He will have to settle for, so to speak, three Golden Globes and as many BAFTAs.

Presented in competition at the Venice Film Festival and based on a story by Ted Chiang, Arrialaccording to most insiders, is probably the most exciting and moving feature film directed by Denis Villeneuve. In fact, although disguised as a work of science fiction complete with alien creatures and time travel, the film is in all respects a melodrama centered on the character of an intense Amy Adams. During a very delicate mission (trying to dialogue with extra-terrestrial life forms) she will meet the one who will become her companion. The romantic line will be the most interesting in the plot and the one on which the thematic foundations of the entire story will be based. It is therefore somewhat surprising to note how very few people remember the face of the “him” within the couple. Obviously we’re talking about Jeremy Renner, who was cast early in production, even before we knew that the likes of Forest Whitaker and Michael Stuhlbarg would come aboard the project. His rough and angular profile is well suited for a love story of ultra-terrestrial dimensions. Indeed it is probably the most unusual role in the career of the interpreter, far from the patina more action and spectacular to which we are accustomed even if in any case grappling with a decidedly uncommon construction and, in any case, well suited to genre cinema. If Arrival works and if it has been able to warm the hearts of many audiences around the world, it is certainly partly due to Renner and his balanced and dense acting performance capable of restoring the nuances of a character full of emotions ready to explode but lucidly contained to deal with a situation much bigger than him.

David Martin is the lead editor for Spark Chronicles. David has been working as a freelance journalist.
Previous Doctor Strange 2, Xochitl Gomez on the racist insults he received on social media and on his friendship with Iman Vellani
Next plot, cast and trivia Political Thermometer