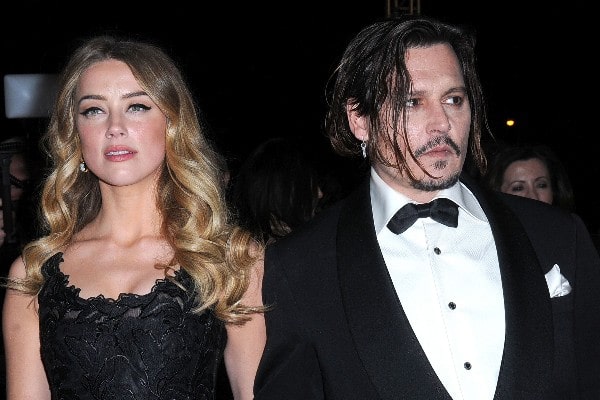 While Johnny Depp enjoys the protection of his exes, from Courtney Love to Eva Green, while Kate Moss testifies today, there is also a battle over compensation for damages between the actor and his ex-wife Amber Heardwho is asking her ex-husband for $100 million.

The Depp vs. Heard defamation trial is nearing its conclusion: the judge rejected the request of the lawyers of the Pirate of the Caribbean to dismiss ex-wife Amber’s counter-claim for compensation. The actress of Aquaman he is asking for 100 million in damages against the 50 requested by him. “It’s up to the jury to decide whether Depp’s attorney, Adam Waldman, acted with genuine malice when he claimed Heard’s abuse allegations were a sham,” Judge Penney Azcarate said.

Kate Moss it is the super witness who will give her testimony: in fact, the former British supermodel will connect by videoconference to the courtroom in Fairfax. The actor’s ex-girlfriend (they were together between 1994 and 1997) is called to testify by Heard of her that she mentioned her twice during her deposition stating that she had heard that Depp l of her ‘he would push down the stairs. According to rumors, however, Moss will testify on behalf of the actor.

Divorce in the world

Dirty laundry is washed in the family. Perhaps it was once true, today everything passes through TV and social networks. And so also the love story – now become a courtroom story – between the star Johnny Depp and the actress Amber Heard ends up in worldwide vision. The former couple went through all the stages of a romance worthy of a Hollywood storyline. Love at first sight, private wedding in the Bahamas and then divorce after just over a year of marriage. But the drama does not end there, because since their separation one of the most bitter legal battles is taking place with an accusation (true or presumed it is not yet known) of ill-treatment by the actor of ‘Pirates of the Caribbean’ against of the wife. Added to this are the constant accusations that fly between the two through their respective lawyers. In short, within a few years, we have gone from a real idyll of one of the most glamorous couples ever to a real marital war.

Depp and Heard met on the set of The rum diary – Chronicles of a passion in 2009: at the time he was a steady couple with Vanessa Paradise. In 2012 – after 14 years together and two children (Lily-Rose Depp and John “Jack” Christopher Depp III), Depp and Paradis officially split. It doesn’t take long and Depp begins publicly dating the new flame. For the couple’s first red carpet we have to wait until 2014, on the occasion of the seventh Annual Heaven Gala. On February 4, 2015 Depp and Heard got married and on May 23, 2016 the news of the divorce was released.

From real life to documentary

The actress of Aquaman presents the papers in the court of Los Angeles talking about “irreconcilable differences” and after a week, files a restraining order against Depp for domestic violence. The actor responds by suing London’s ‘The Sun’ for libel, for calling him a “wife beater”. Thus begins the battle with poison between the ex-spouses (still ongoing) which has become a documentary entitled Johnny Depp vs. Amber Heard broadcast on Nine on May 25th in prime time (and available on the Discovery+ platform).

After the actor’s legal action against the London newspaper, in fact, many personal videos, recordings, texts and photos have emerged that have led to an unprecedented vision of the troubled marriage of the stars. For the first time, this evidence has been brought together, along with exclusive, in-depth testimony from those closest to the couple and the two legal teams battling it out for the ex-spouses, in the Discovery documentary.
The docu-do takes a close look at the case (the previous trial had ended in a final verdict against Johnny Depp) to provide a unique insight into what really went on behind the headlines and explore the important and complex issue of domestic abuse. At stake are the honor and career of the former couple, between hatred, grudges and surreal accusations, but who will win in the end? The common opinion seems to be that neither of them will really come out victorious.

David Martin is the lead editor for Spark Chronicles. David has been working as a freelance journalist.
Previous Iron Danger Free PC Game Download Full Version
Next Tonight on TV: the films not to be missed on Friday 25 November 2022

Premiered at Noir Film Festival , Kimi – Someone listening’ of Steven Soderbergh with the …