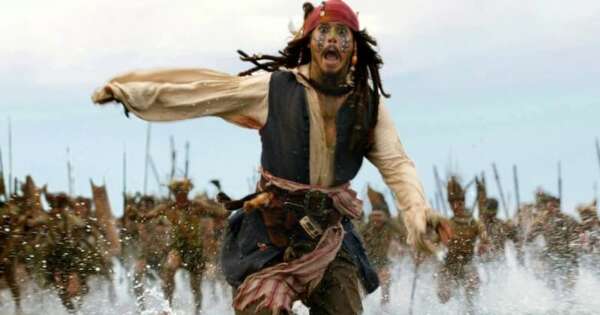 ‘Johnny Depp will be Jack Sparrow again:’ the scoop on the lead actor of ‘Pirates of the Caribbean’

It would be definitive rehabilitation if the news were to be confirmed: Johnny Depp will return as Jack Sparrowthe iconic protagonist of the saga about Pirates of the Caribbean that marked an era. The British tabloid gave the news The Sun. The last film in the saga was released five years ago. Next would be the sixth. A day at the sea, the title of the new chapter. According to what was revealed by the tabloid, filming should begin next February in the United Kingdom.

And according to the source considered to be informed Depp’s name appears in the list of artists and technical personnel called to participate in the filming. The name of the director is unknown, the producer should instead be Bruce Hendrix, the same one who had worked on the first three films of the franchise. Fans of the actor had launched a petition to get Depp back in the role of the pirate: the ranks of followers had been the most passionate and also the most numerous, perhaps even increased, during the trial that the protagonist of the saga had brought against his ex-wife Amber Heard. Process that ended with a victory for Depp who had accused his ex-wife of defamation: the court of Fairfax, in Virginia, had ordered the actress to pay her ex-husband $15 million of compensation for damages. The jury also ordered Depp to pay Heard $2 million on another defamation charge against Heard.

The trial, one of the most media-hyped in the world in recent years, started from an opinion piece written by Heard on the Washington Post in which the actress had defined herself “a public figure symbol of domestic violence”. Depp had started the lawsuit claiming that the article had ruined his reputation and his career. Depp’s trial had blocked the production of the sixth film in the saga. For other roles, such as for example that of Gellert Grindelwald in the movie Fantastic Beasts based on the works of writer JK Rowling, the actor had been cut and replaced. The first movie of Pirates of the Caribbean it had come out in 2003 and had grossed the astronomical sum of almost four billion euros at the box offices around the world. Over 200 million of these would go to Johnny Depp himself.

Indiscretions about Pirates of the Caribbean had already come out in recent months, when a former Walt Disney executive told the magazine People that after the sentence in his favor there would have been high chances for Depp to return to play Jack Sparrow. “There’s a huge appetite” and “too much potential box office treasure”. Not to be forgotten: the social networks have sided – at times even in a grotesque way – in a large majority for the actor and against his ex-wife.

The former Disney executive estimated that the film’s sequel could be released no earlier than 2025 due to production timelines. Depp, defending himself in the libel trial, had spoken of cancel culture to its detriment. That is: demonized him and all his work. The lawyer had spoken of 22.5 million dollars in damages for the non-engagement for the new chapter of the saga. “The jury gave me my life back,” the actor said after the trial. “The best is yet to come”.

Professional journalist. He attended studied and graduated in languages. He attended Suor Orsola Benincasa’s School of Journalism in Naples. He collaborated with the AdnKronos news agency. He wrote about sports, culture, entertainment.

David Martin is the lead editor for Spark Chronicles. David has been working as a freelance journalist.
Previous Jimmy Choo, a Christmas tree for Claridge’s
Next Hearts of Iron IV Download Full Game PC For Free