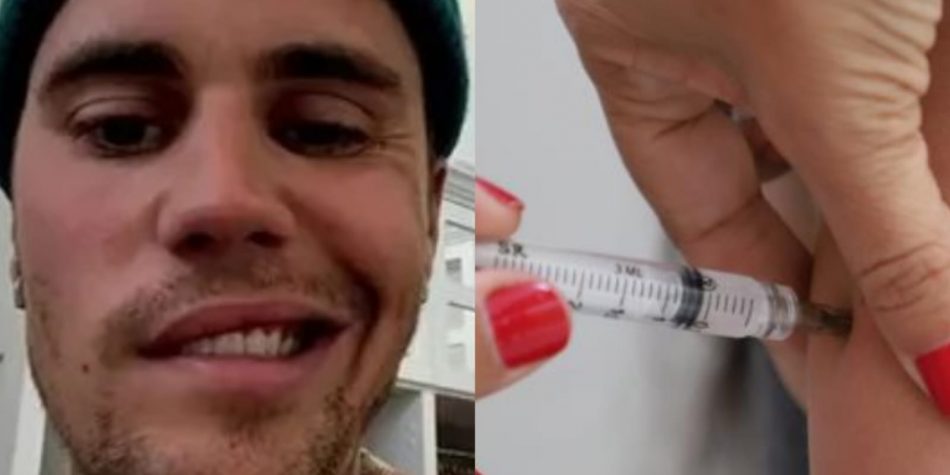 The Shingrix vaccine, against herpes zoster, arrived in Brazil this June. The virus that causes the disease of singer Justin Bieber has gained worldwide attention. The information is from the SBIM (Brazilian Society of Immunizations). 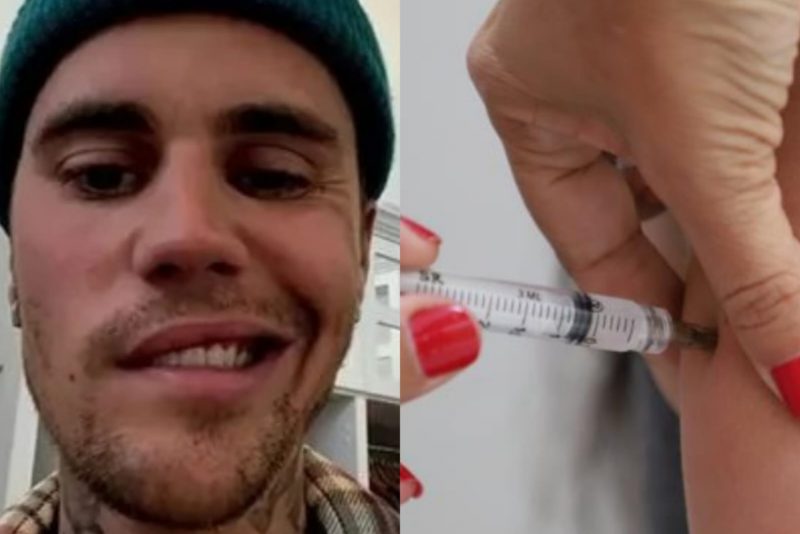 Vaccine against the disease demonstrates effectiveness of more than 90% – Photo: Reproduction/Instagram/ND

The vaccine may be important, but a survey carried out by the ND+ found that, in Florianópolis, immunizations cost R$ 1,600. They are applied in two doses, with intervals of 30 to 60 days.

On application, clinics have offered installment packages in up to 12 installments, in addition to discounts for cash or pix payments. Those who need to opt for a credit card, despite the greater number of installments, pay a higher amount. The price in these cases can be R$ 1,699.

The value of the vaccine in the United States is on average US$ 187.97. In the current dollar conversion, the price is equivalent to R$ 982. In total, it is R$ 717 more than the amount charged in Florianópolis, which can reach R$ 1,699.

The price of the American vaccine was raised by the ND+ and obtained from the “Single care” website, which offers discounts on health services in the United States.

SBIM explains in a document that, previously, the only vaccine available for the disease was Zostavaz, composed of live attenuated viruses. The new immunizer uses inactivated virus and is more than 90% effective.

The vaccine is important for people with immunosuppression, according to SBIM. They describe the new technology as “an exceptional new shingles prevention tool for people aged 18 and over who are immunocompromised or at other risk for shingles, such as diabetics.” 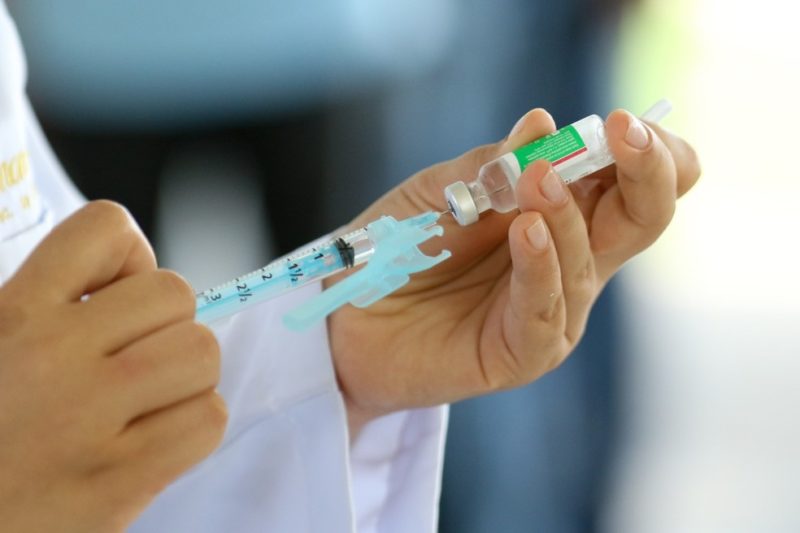 SBIm says that the vaccine is a new and exceptional tool to prevent herpes zoster – Photo: Divulgacão/O Trentino/ND

Higher risk for those over 50

According to the epidemiologist Ana Cristina Vidor, manager of the Epidemiological Surveillance of Florianópolis, the risk is greater for those over 50 years old.

“It is more common in the elderly population. Therefore, in most countries that already apply this vaccine, the scheme is recommended from the age of 50 ”, she explained.

The doctor also explained that people who have had chickenpox (chickenpox) are at risk of having shingles, especially after age 70. “The disease ‘reactive’ in one part of the body. Complications from getting the vaccine are rare but can be difficult to control. So people over 50 and immunosuppressed people should consider using the vaccine, in conjunction with their doctor,” she quoted.

According to the SBIm, the most common adverse events are local (pain, swelling and redness), usually of mild to moderate intensity and are transient. Tiredness, chills, fever, and myalgia are also reported systemic adverse events, which resolve with common analgesics.

The vaccine is also recommended for those who are over 18 and have some immunosuppression. Examples include diabetes, people with HIV/AIDS and transplant recipients.

SBIm also explains that there is no experience of use in pregnant women so far, therefore, vaccination is not recommended as a routine. However, inactivated, recombinant and subunit vaccines do not pose any risks to pregnant women or their babies. That is, when indicated, they can be used in these situations.

People with the disease can also get vaccinated.

The inactivated vaccine is also recommended for patients who have already had the disease, according to SBIm. The entity explains that, due to the rarity of recurrence of the disease in the short term, there is a suggestion that vaccination be carried out from six months after an acute episode of herpes zoster.

There is, however, no need to wait for this period for those who choose to recommend vaccination soon after the resolution of the condition, considering the risk of losing the vaccine opportunity, explains the document. 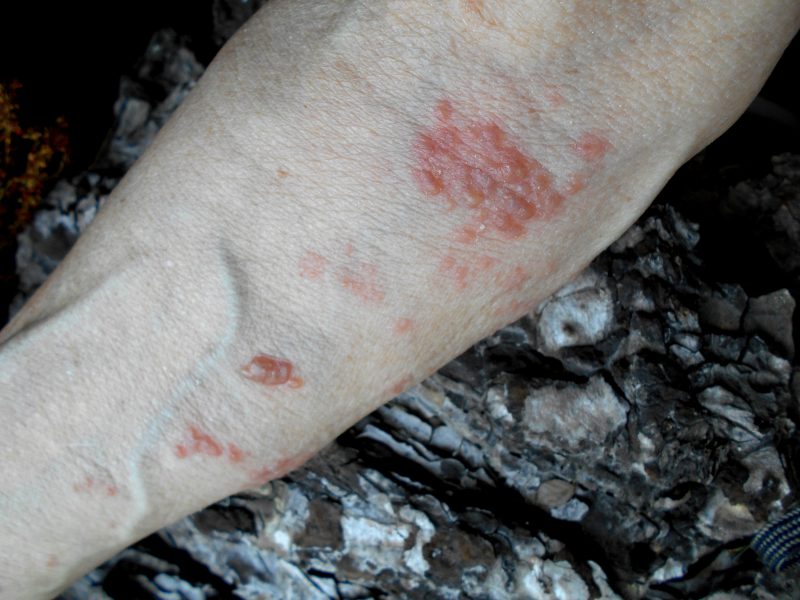 Skin lesions caused by the disease were photographed by an American – Photo: George Wesley/flickr/Disclosure/ND

According to the Ministry of Health, the symptoms, in most cases, precede skin lesions. Are they:

According to the Ministry of Health, herpes, or shingles, is a disease caused by the Varicella-Zoster Virus (VVZ), the same that also causes chickenpox. This virus remains dormant throughout a person’s life. Reactivation occurs in adulthood or in people with immunological impairment, such as those with chronic diseases (hypertension, diabetes), cancer, AIDS, transplant recipients and others.

There are patients who, exceptionally, develop herpes zoster after contact with varicella patients and even with another zoster patient, which indicates the possibility of reinfection in a previously immunized patient. It is also possible for a child to acquire chickenpox from contact with a zoster patient, explains the Ministry of Health.

Join the group and receive the main news of Greater Florianópolis in the palm of your hand.

Videogames entered his life in the late '80s, at the time of the first meeting with Super Mario Bros, and even today they make it a permanent part, after almost 30 years. Pros and defects: he manages to finish Super Mario Bros in less than 5 minutes but he has never finished Final Fight with a credit ... he's still trying.
Previous “Brother that football gave me”
Next Kim Kardashian responds to SKKN’s trademark lawsuit