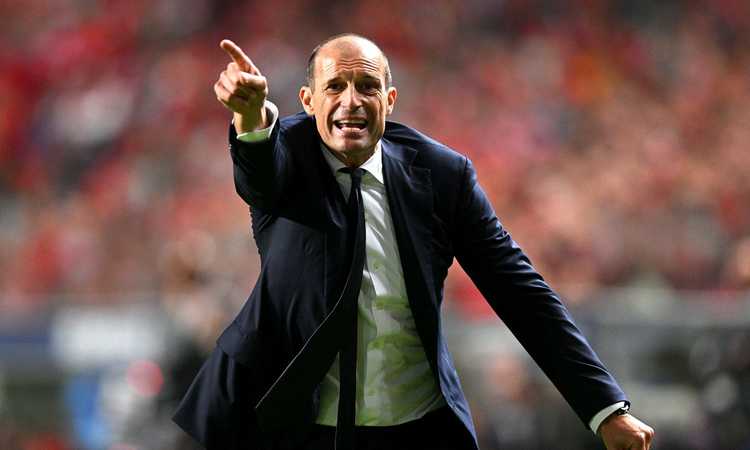 Juve, Allegri: ‘Bankruptcy? Absolutely no. Now at least the Europa League, which in the meantime is to be won ‘| Champions League

The Juventus coach Max Allegri spoke to Mediaset after the defeat against Benfica:

“We had a light approach on goals, we took the 2-1 immediately after the draw. The feeling was that we could have some good opportunities, we had to keep it open. Now we have to think about the championship and try to win already in Lecce. The beginning of the season was not a good one, we still have to work “.

CUADRADO ERROR – “They were already two or three times that they slipped us there, but it is useless to think about mistakes. With PSG we have the possibility at least to go to the Europa League”.

YOUNG – “Miretti has been playing for some time now, Soulé had a chance, Iling made two important assists. The team needed their energy.”

IN THE CHAMPIONSHIP – “We need to recover energy and do the best possible, we need to win and recover points”.

Then to Sky: “Objective Europa League? Meanwhile, it is to be conqueredit’s not easy against PSG … “.

Finally at the press conference:

FAILURE – “Failure no, in football there are also defeats, there are also these evenings, this must be an opportunity from tomorrow, when we return. We will dive into the championship, the season is long. We are sorry and angry, but the elimination is in previous matches. There should have been a path of growth, when there are difficulties we stretch as a team. But we finished well, we conceded goals from a penalty, took the opportunity at 2-2 “.

IN EUROPA LEAGUE – “When you leave the Champions League … you play to play it, then you leave and it’s another matter, we know that the level is very high, there are first-tier teams. We must be very angry because we left. We have 3 days to prepare Lecce, you need to give continuity, recharge your batteries, not feel sorry for yourself, then we have Paris in Turin, we have to win because we have lost 4 out of 5 games in the Champions League. ”

KNOCKBACK – “You don’t have to have regrets and drag them along. You fall to get up. They’re angry, I wanted at least to play the last game, forcing Benfica to win out. That’s not the case. This is the reality. You have to focus on the future, you don’t need to talk about the past. I have extraordinary guys, they don’t give up one iota. There are times when football tests you, like when you have defeats. There have been more difficult matches than we anticipated, now 20 days to do well in the league and then we will almost recover all players “.

BENFICA FROM CHAMPIONS – “I don’t know if he can win it, they deserved the move, it’s a good team, they have history and it’s always difficult to face them. We could have stayed inside the game, the fourth goal conceded but it was avoidable, or in any case we could have created more difficulties for them.”

DIFFICULT GAME – “They are 20 games that they don’t lose, they have values. Which are important. Tonight we were a bit light in conceding goals, we have to work”.

THE STATUS JUVE – “Failure? Absolutely not, there are other things. You fall to get back up, so tomorrow you have to think about the championship”.

David Martin is the lead editor for Spark Chronicles. David has been working as a freelance journalist.
Previous Millie Bobby Brown, a musical for the finale of Stranger Things
Next the revelation about the new government