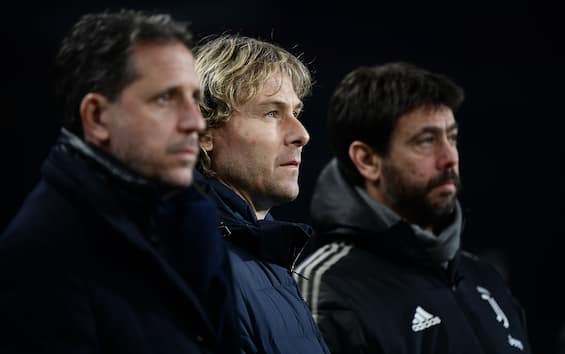 The Turin prosecutor has notified the club’s CD of the closure of the preliminary investigations. The alleged offenses are “false corporate communications and false communications addressed to the market”. The accusation is that of having obstructed the supervisory authority, Consob. Three years were taken into consideration by the investigation, from 2018 to 2020. On 12 October, the request for precautionary measures for three executives, including President Agnelli, was rejected

There prosecutor of Turin notified the members of the Juventus Board of Directors and the managers of the company the closure of preliminary investigations of the investigation that wants to shed light on capital gains issue and on salaries spread in 2020.

The crimes foreshadowed by the prosecution

The investigation, which began in the summer of 2021, has therefore come to an end. According to the accusation, there are mainly two crimes: false corporate communications, that is false in the budgetAnd false communications addressed to the market, being a listed company. So the accusation of obstruction to the supervisory authority, Consob, is looming.

The evidential framework outlines an alteration of the balance as a consequence of a anomalous recourse to exchanges of players (which, according to the accusation, did not generate financial flows, with arbitrary values ​​to meet budgetary needs). Operations therefore considered fictitious by the prosecution.

In detail, according to the Turin Public Prosecutor’s Office, these are the different values ​​that – according to the consultant – should have been in the balance sheet, if there had not been the interventions under examination:

The shift in wages

Furthermore, again according to the accusation, a further intervention, aimed at altering the budget results, was identified in the shift of salaries. There would be concrete evidence to believe that the salaries to which the players have renounced correspond to one month and not four (as communicated by Juventus in March 2020): the remaining monthly payments would have been deferred. Following searches were found private writings containing the unconditional commitment of the company to return the amount agreed even in the event of the transfer of the player, contrary to what appeared in the contracts deposited with the League. Furthermore, some of the suspects were charged with the crime of “fraudulent declaration through the use of invoices for non-existent transactions“.

The request for precautionary measures was rejected

There are thousands of wiretaps and documents that, from tomorrow, will be available to the GIP and the defense. For three suspects, including the president Andrea Agnelli, the application of personal precautionary measures was requested, which was rejected on 12 October. Now the request for indictment of the suspects is awaited.

David Martin is the lead editor for Spark Chronicles. David has been working as a freelance journalist.
Previous Flyer on the car, never get too close – call law enforcement immediately
Next The anchorman of Russian TV Rt was suspended, he said: ‘Burn Ukrainian children’ – World