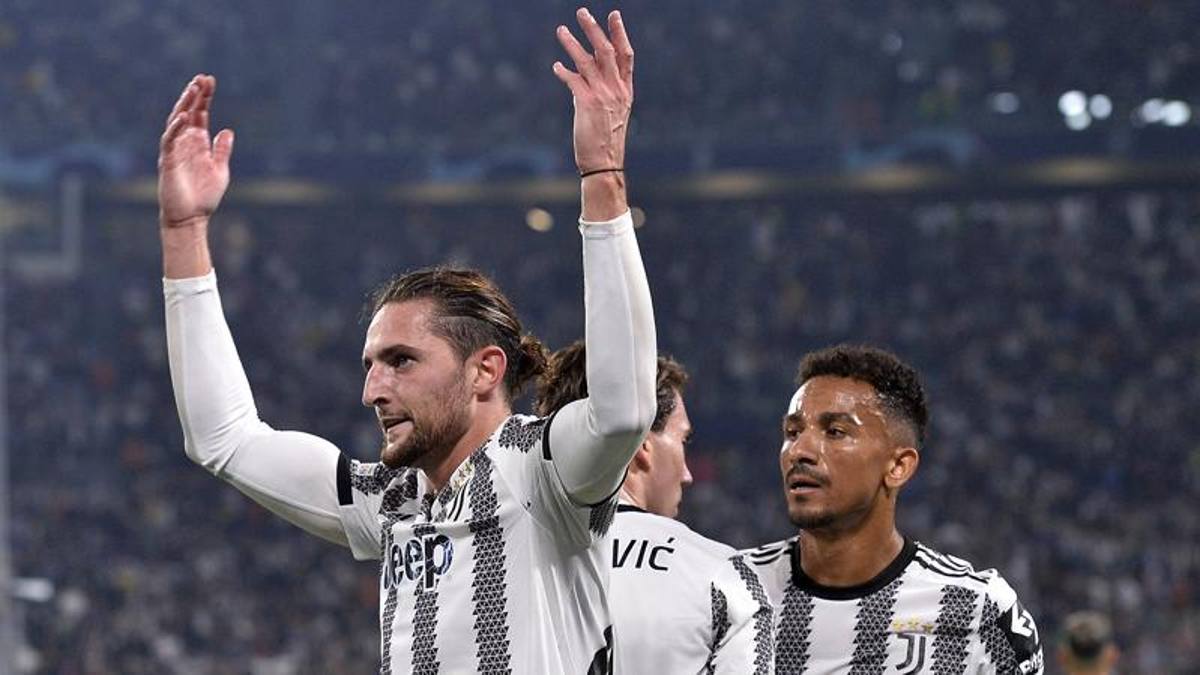 Juve-Maccabi, Rabiot double: “Allegri trusts him because I give 100%”

Unpacked for Manchester, the Frenchman is in his first bianconera brace: “I have shown that I can also score, the coach likes me because I bring balance. I’m well in the team, we’re on the right path.”

From the packed suitcase and the companions already greeted at the Continassa to the first bianconera brace to sign the first, albeit belated, success of Juventus’ European season. In reality Adrien Rabiot had already scored a goal against Sampdoria that was then canceled for offside, and for a few centimeters in what was Allegri’s first misstep of the season, who knows, maybe Juve’s season would have immediately taken a different turn. It is an understatement to say that the French for Allegri is important: in six out of eleven games in which he has been available he has always been a starter. And with Maccabi Haifa it was time to go to the box office. “I’m always giving one hundred percent on the pitch and in training, that’s why the coach trusts me: it’s important for him to have a player who can give balance to the team – said the Frenchman -. I can also score, and the I demonstrated in this match. I’m happy because I feel good in the team. ”

He hasn’t scored in 50 games in all competitions, according to the Opta surveys: from 23 May against Bologna. Far from the ten goals per year that Allegri asked him a year ago and that he stopped expecting, but in the meantime, here are two: “I had already scored twice in Paris (against Toulouse, ed), I’m happy for scoring a goal, but for me it’s not the most important thing, winning is – said Rabiot at the end of the game on Sky’s microphone -. Tonight we did well and played well, a little less in the second half but we are on the right path. “And then he added to Mediaset Infinity:” Scoring is also important for confidence, I like it of course, but the important thing is that do the team, not who scores: tonight it was my turn and I’m happy. Angel Di Maria also did very well, we needed a player like that, I’m happy for him too. ”

Since he landed in Turin, due to that very rich contract with which he arrived on a free transfer from PSG, the Duke is always one of the most discussed men and also criticized by the Juventus people, but already at the beginning of the season he had been able to transform the whistles into applause, like those that the Stadium reserved for him when he left the field with Roma. In the last days of the transfer market he had the move to United only in his own hands, it was his renunciation of the Red Devils that closed the doors to a deal that Juve considered to be done. And today he speaks as a team man: “Between the match against Bologna and this one we are doing well, I am happy because we needed these victories. On Saturday we have a difficult match against Milan but I am confident for the good things demonstrated in the last two games: with this attitude we can also do well against the big players “. And then there is the return to Haifa: “We knew they are a good team, we could and should have done more. We also have to work on the defensive phase. Outside it will be another game, because they have good players and there will also be the factor. field. We will have to be concentrated but if we have this attitude I’m sure we will win, we have to continue like this. ”

David Martin is the lead editor for Spark Chronicles. David has been working as a freelance journalist.
Previous Putin’s promise: “What will happen to the annexed territories”
Next 18 arrests in the ‘White Beach’ operation