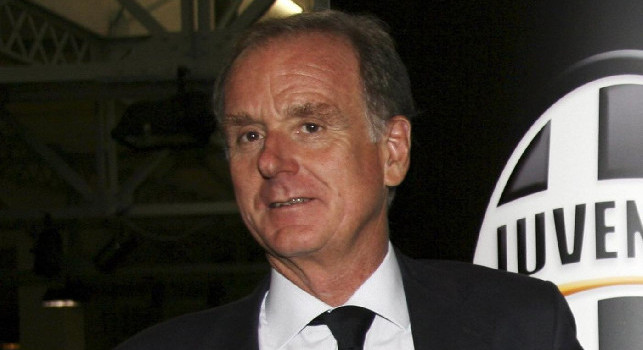 “Juve, players like Simeone or Raspadori had to be taken! Sick team …”

We are expecting a turning point from Juve … “The club is unable to make a turn, I don’t understand if I bring bad luck or not … The defense has given up, some bianconeri are no longer the same, just like Cuadrado. The team has conceded two goals. ridiculously yesterday. In the last twenty minutes some guys have shown their value and their potential, Iling was a real surprise. This is the positive side in a decidedly negative situation for such a defeat, also because the Champions League was a ‘ habit for Juve … “.

Problems of managing the team group and athletic form? “Something’s wrong. I like Allegri as a person, but he couldn’t get the juice out of the lemon that could be extracted. When you lose, doctors are endless, but the problems are very serious. wrong players hired, including Di Maria and Pogba. The latter did not want to have surgery and is now paying the price of the injury. They are two prestigious players for their name, but for now they have not offered their contribution and I do not know if they will do it in the future. There is something to look into in the transfer campaign carried out … you could sign Serie A players just like Simeone or even Raspadori, guys on whom it was worth betting. Even if the ds Arrivanene is trying to decrease the jackpot of the club, even if the failure to qualify for the round of 16 of the tournament will be a blow. “

Is Allegri on the bench for a credit of gratitude?

“Juve owes a lot to Max, it is well known that calling him back on the bench was a mistake by Agnelli, just as it is true that the club’s acquisitions reflected the coach’s will. I think some players no longer recognize the coach, the team is still ill…”.

Could the young people launched yesterday represent a way to repair from a technical point of view?

“I hope that Allegri will follow this trail. Kean has been re-evaluated, he needs to be managed better from a character point of view. This could be the moment when Max starts to take risks and starts throwing interesting young people into the fray trying to win as many points as possible for reach at least fourth place, currently a luxurious goal “.

“I don’t think Agnelli wants to resign, as the owner of Juve. I appreciated his speech about ten days ago, he revealed truthful statements, even if he should have done so a few months ago. There is something wrong in the locker room. , the players are influenced by the coach and also by someone else. The order had to be restored earlier … I think Max will stay until the end of the season. As for the judiciary, I don’t think Juve is guilty but not even innocent. Inside the locker room there is concern and discontent, the time has come to reunite. A few weeks ago the real owner of the club was Elkann, who believed in the work of his cousin Agnelli. The indictments, however, say something else .. . “.

Do you think as a shareholder about the situation at Juve?

“John Elkann owns 40% of the family’s stake, Exor has more than 60%. I never thought of speculating about this team, even though I have met people who are quicker and smarter in paying money at the sight of a Juve in I contributed as a group to the repositioning of Juve, at that moment there was talk of a title value, but now it has dropped dramatically. It is only a demonstration that Juve is organizing itself again and raising its bar. Within the club, the board of directors of the listed company follows all the rules decreed. “

David Martin is the lead editor for Spark Chronicles. David has been working as a freelance journalist.
Previous Olbia. With the inauguration of the new gym, the city has its own waterfront – Olbianova
Next ‘The cash ceiling will go up’. The opposition attacks – Politics