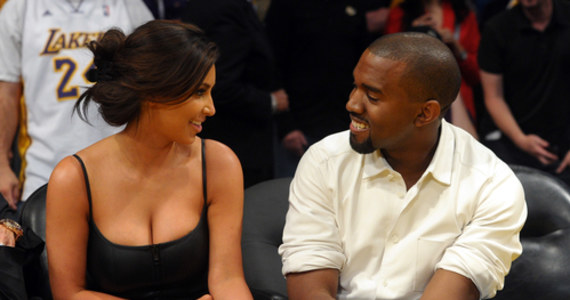 Kanye West wants to save his marriage to Kim Kardashian

Kim Kardashian since filing for divorce earlier this year to end her marriage to Kanye Westshe is regularly seen with another man for the first time. For several weeks now, the TV star has been dating a comedian Pete Davidson and there are many indications that their – initially loose – relationship has already turned into a relationship.

The celebrity and comedian met on the set of “Saturday Night Life”, in which they played a few sketches together, and in the last scene they kissed. Immediately after the show, they were seen on several dates in New York and then Los Angeles as well. They also spent the weekend together in Davidson’s hometown and celebrated the comedian’s 28th birthday together at an intimate party held at Kim Kardashian’s mother’s house, Kris Jenner. In recent days, the paparazzi have photographed the couple twice, walking holding hands.

At the same time Kanye Westwho recently changed his first and last name in a court of law to Ye, he was dating a 22-year-old model and influencer Vinetria. However, his last public appearance indicates that the rapper does not take his relationship with the new girl seriously. Ye said in public that he would like to return to his wife.

During that time, he took part in the Los Angeles Mission charity event organized for the homeless, which takes place every year just before Thanksgiving Day. He gave a speech from Sena, but it did not concern only the homeless, the topic of his family also appeared there.

“The flow of events that God wants is such that we can be redeemed in all these relationships. We made mistakes. I made mistakes. As a husband, I have done unacceptable things publicly, but today for some reason I am here to change this narrative, “he said. And then he alluded to the time when Kim and he as a couple were called Kimye. And he argued that for many Americans it is important to return to his beloved.

“If evil powers can separate Kimye, there will be millions of families who will feel that our separation is okay … But when God brings Kimye back together, millions of families will be able to see that they can win by working on a separated relationship, get rid of the trauma which the devil used to keep people in misfortune, “he concluded.

West also confessed that although he had moved to a house near the Kardashian estate in order to be as close to their four children as possible, he was most concerned with returning to his family. “I’m trying to express it in the healthiest way, in the calmest way possible – I have to go home,” he said. I only wonder if this rapper’s desire is shared by Kim Kardashian.

He likes dogs, pizza and popcorn. Already a fanboy of Nintendo and Sony, but today throws anything. He has collaborated on sites and magazines such as GameBlast, Nintendo World, Hero and Portal Pop, but today is dedicated exclusively to Spark Chronicles.
Previous Coronavirus in Italy. The obligation to wear masks outside returns
Next Black Friday: Xiaomi’s electric bike for half the price