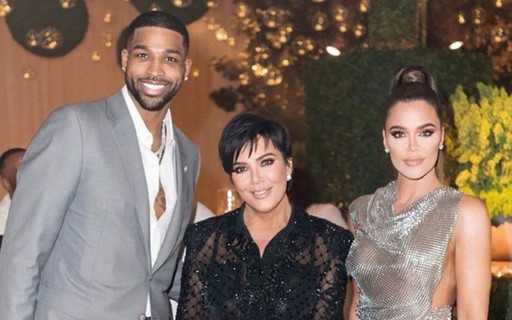 Kris Jenner, the matriarch of the Kardashian-Jenner family, left Khloé Kardashian fans disappointed with a publication directed at Tristan Thompson, her daughter’s ex-boyfriend, on Instagram this Sunday (8).

The 66-year-old socialite generated outrage by sharing a photo of the bouquet of flowers she received from the Canadian athlete for Mother’s Day. “Thanks Tristan! Love you,” Kris wrote on the social network.

The famous also published images of the other floral arrangements she received from her children, friends and sons-in-law on the special date (Scott Disick, former partner of Kourtney Kardashian, and Pete Davidson, current boyfriend of Kim Kardashian, are among the people who have not stopped honor the businesswoman). She repeated the same caption template for every post, thanking her and saying “I love you”.

However, several of Khloé’s admirers were annoyed by the mention of Tristan in the Instagram Stories series, as he cheated on the 37-year-old businesswoman several times throughout their relationship. To these netizens, Mama Kris was “disrespectful”.

“Why would Kris post something like that? It’s so disrespectful to her own daughter, especially when Khloé and Tristan have already broken up,” wrote one fan on a Reddit forum dedicated to commenting on the Kardashian-Jenner family.

“Tristan is the new Scott [Disick]? Because who loves a man who treated his daughter like s***,” another person pointed out.

“Caaaaara. No. Kris, why?! It makes me think Khloé and the ‘trash can’ are back together. Because I just can’t imagine a mother doing this for a cheating ex. These people are so weird.” , commented a third netizen.

Another fan said: “Any flowers from that man should be donated directly to a funeral home.”

Tristan Thompson and Khloé Kardashian started dating in 2016, and are parents to four-year-old True Thompson.

The 31-year-old basketball player’s first cheating scandal took place around the time of True’s birth, when videos were leaked in which he appeared in an intimate atmosphere with different women. His second affair to go public was with Jordyn Woods, Kylie Jenner’s ex-friend. The affair was revealed in February 2019, and led to the first breakup with Khloé.

Tristan and Khloé got back together in 2020. At the time, they even revealed on the reality show ‘Keeping Up with the Kardashians’ that they were thinking about having another child together – however, the celebrities broke up again in 2021, when the athlete got involved with fitness model Maralee Nichols and had a child with her. According to a source in the magazine people, the case left KoKo devastated. “Khloé was upset to find out he cheated on her again. She can’t believe he’s going to be a father again,” the insider said.

Videogames entered his life in the late '80s, at the time of the first meeting with Super Mario Bros, and even today they make it a permanent part, after almost 30 years. Pros and defects: he manages to finish Super Mario Bros in less than 5 minutes but he has never finished Final Fight with a credit ... he's still trying.
Previous Jennifer Aniston reveals she suffers from insomnia and sleepwalking and her strategies
Next Naveen Andrews tells the Disney + series with Amanda Seyfried