Princess Kate was due to speak to her husband’s brother after Meghan and Harry’s Christmas visit to Amner Hall in Norfolk just after their engagement in 2017, as she was concerned that Meghan Markle “seemed embarrassed” by some of her family members. Moreover, the Duchess of Cambridge could not understand why Prince Harry had not met the father of his future wife by thenas reported by The Daily Mirror. This conversation could become the basis for the conflict between the Cambridge princely couple – Meghan and Harry, which grew over the years.

We recommend: Meghan and Harry try to warm up their image. A difficult task awaits them

“Princess Kate could not understand why Harry never met his future father-in-law, or why Meghan, whom Harry assured him was the only one, seemed embarrassed by her family, refused to talk about her except her mother. Both William and Kate wanted to like Meghan just because Harry was madly in love with her. But it had little to do with them more than social talks or an interest in tennis “- said Ingrid Seward, editor-in-chief of Majesty Magazine, in an interview with” The Sun “.

Meghan Markle was six years old when her parents divorced. After that, she moved to live with her mother. She moved to her father when she was a teenager. During the marriage ceremony of Harry and Meghanwhich took place in the chapel of St. George in Windsor, May 19, 2018. Doria Ragland was the only relative of the bride to attend the ceremony. Thomas Markle did not come to the wedding from the USA because as he confessed to the press, suffered a heart attack and he was concerned that a trip to Great Britain might cause him health problems. 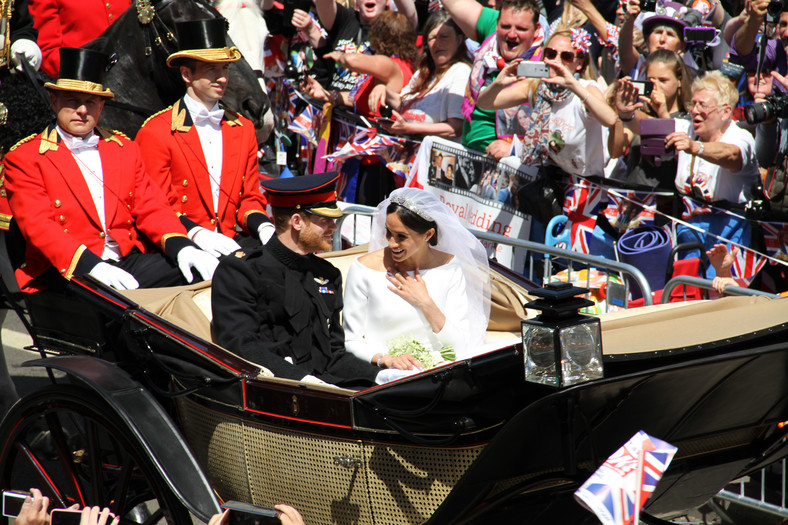 The princely couple of Sussex on their wedding day

As reported by The Daily Mail, Doria Ragland was quickly accepted by the royal family. On her daughter’s wedding day, she left the chapel of St. George, holding Prince Charles by the arm, while Princess Kamila walked on the other side. Meghan Markle could not forgive her father for not taking part in such an important moment in her life and she could not understand his “betrayal”, which was his contact with the media just before her wedding, which she told Oprah Winfrey about.

Thomas Markle At that time, he was not indifferent to the accusations made by his daughter. In an interview on the ITV breakfast show Good Morning Britain, he said, quoting The Daily Mirror, that he had apologized repeatedly for contracting with the paparazzi in 2018 and appealed to his daughter and son-in-law to see his grandson, Archie, especially since he now lives about 112 km from their property.

During the conversation, Thomas Markle also touched on the topic of depression, which Meghan had to struggle with while living at the royal court and stressed that she had never tried to contact him about this, although she could count on his support. The Duchess of Sussex’s father also noted that Harry had apparently not supported her enough if she had not approached him when she had suicidal thoughts.

“Indeed, this news made me sad. It was very easy for her to contact me, as well as with the rest of the family whom she claims does not know her. The biggest problem is that she made her whole family ghosts (officially ceased to exist). Another thing is that I think she could refer her problems to her husband, but apparently he did not give her adequate support“- admitted father Meghan Markle.