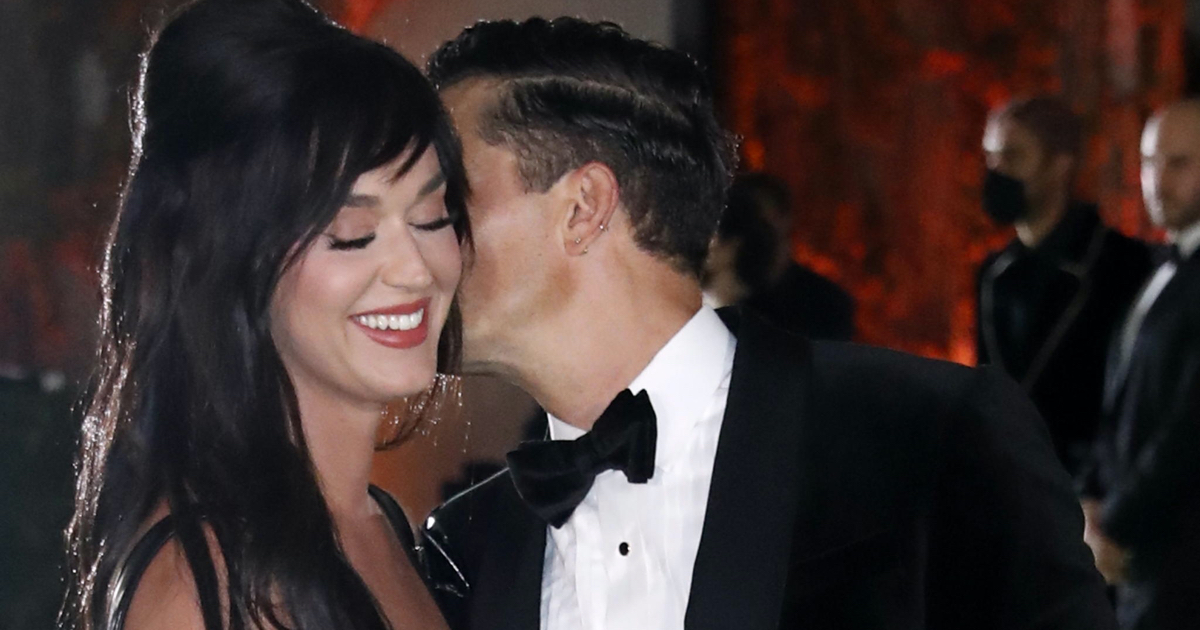 Him, her and the other. All in friendship. Can you be friends with a person with whom you have a love in common? The answer is yes and it comes directly from social media. Miranda Kerrex-wife of Orlando Bloomcommented via Instagram on the actor’s romantic wishes to his current partner, Katy Perry. The singer blew out 38 candles. And the sweetest words could only come from him, the man with whom he has been a steady couple since 2018 and father of his daughter, Daisy Dove, born in 2020. And who caused even more uproar because commented by none other than the model which brought the actor to the altar in 2010.

Therefore, there is good blood between the two women of the Hollywood star. And this post, in addition to making the singer forget the accident with her now famous eye, shows a new trend embraced by celebs. Who have no intention of waging war between current and old partners. You can be friends even when old love is involved. 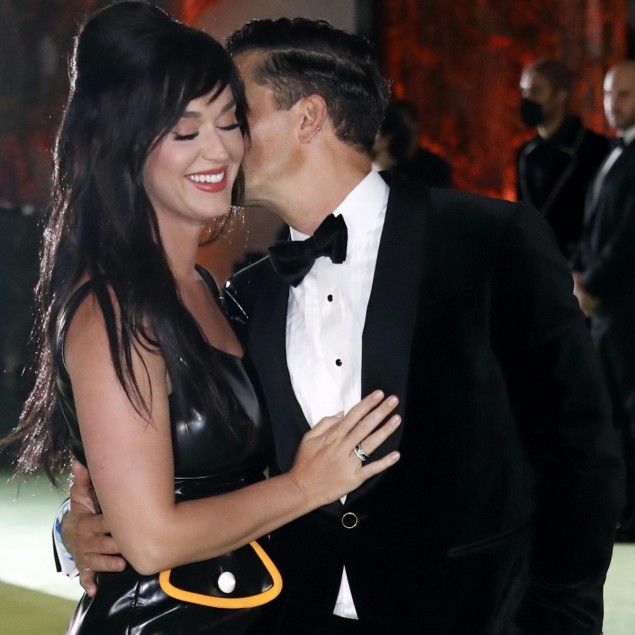 A couple shot, him next to her, both smiling. “Whenever we take a ride around the sun and manage to celebrate you, I remember that in this journey together and whatever the weather I always smile»Wrote the movie star on Instagram. A way to celebrate her partner but also to let her know that she is always the cause of her smiles. “I love you to Pluto and back,” commented the singer. That on her Instagram profile she shared the photo of three hands, one on top of the other. They are hand mom Katy, dad Orlando and their little girl, Daisy Dove. And, in this shot, there is the whole world of the music star. “Every time I blow out a candle, I always want you. 38 and grateful, ”she wrote.

Katy Perry and Orlando Bloom have not always been an idyllic love affair. The two began dating in 2016 to split up a year later. Both already had important separations behind them and, probably, feared a new relationship. But in 2018 the flashback. They officially got engaged in 2019 complete with a ring shown on social media. Then, 2020 the birth of their baby girl. And these dedications whispered via social networks perfectly describe the deep bond that still holds them together.

The accident with the eye

The birthday and the sweet dedication of the partner will surely help the singer to leave behind the bad accident that occurred during a concert in Las Vegas. During the exhibition, in fact, the star could no longer open her right eye. In a video shared on TikTok that went viral, the star’s eyelid actually looks glued and out of her control. In fact, the difficulty of the artist in opening his eye is visible. The episode is repeated several times, to the point that the star then decides to help herself with her fingers. 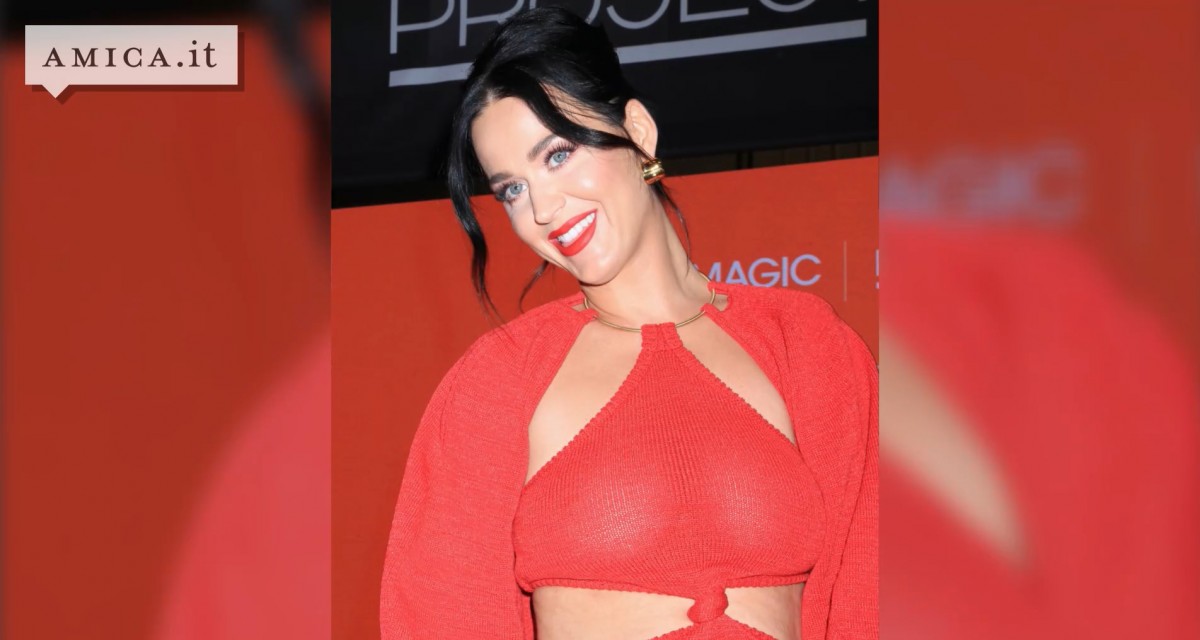 The video worried his fans who immediately advanced hypotheses about what happened. There are those who think of a facial paralysis, who suppose a stroke. But the more plausible explanation could be much simpler: it probably was extra long false eyelashes and too heavy a make-up.

Miranda Kerr and that feeling with Katy Perry 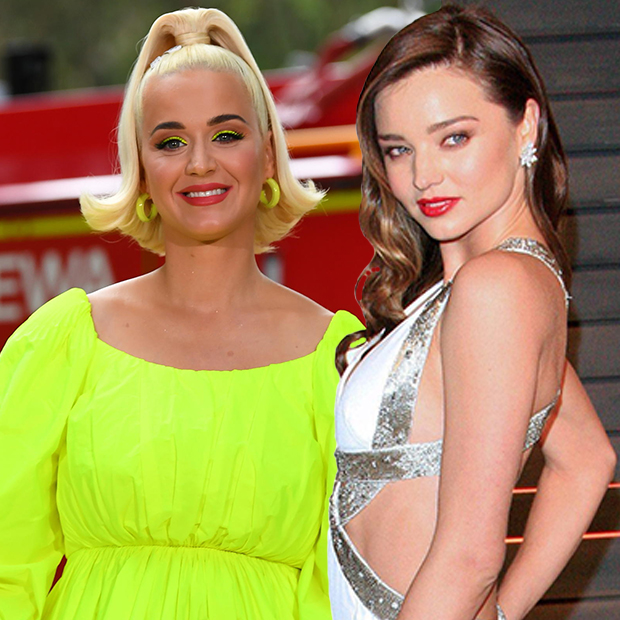 To help the star of Firework Orlando Bloom took care of what happened. But also his ex-wife, Miranda Kerr. The model, in fact, commented on her ex-husband’s post by posting three little hearts emoticons. Which are enough to make known the emotional relationship that binds the three. Because who said you have to be at war with whoever is next to your ex? Nothing more false. On the contrary. 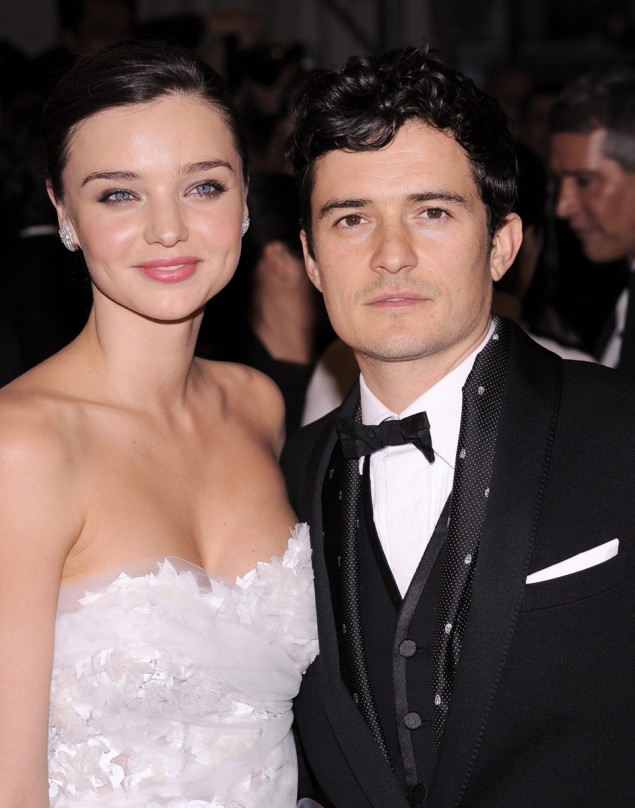 The actor with his ex-wife, model Miranda Kerr (Ansa)

The model and the star de The Lord of the Rings they have been together for six years starting in 2007. They married in 2010, a year later their baby, Flynn, was born. In 2013 they divorced. But they have always maintained good relations. The model is now married to Evan Spiegel, founder of Snapchat. But she has always maintained good relations with her ex and her new partner.

“I love Katy and I’m so happy that Orlando has found someone who makes his heart so happy “ the model said two years ago during the Drew Barrymore show. “Because at the end of the day, having a happy father and a happy mother is the most important thing for Flynn,” she added. And even Katy opens up about her affection that binds her to her partner’s ex. “One of the nice things about being tied to Miranda is that I can try all of her products, especially when her son comes home with a full backpack,” she joked.

Friendship between new and cow partners

Not just the two ladies Bloom. There are many celebs who have decided to lay down their arms by becoming friends with the current partner of a former love. Just a short time ago, she went around the web shooting where Hailey Bieber was shown together with Selena Gomez. Justin Bieber’s current wife and his ex, Selena, with a snap together have finally silenced the gossips that have considered them enemies for years. There were, in fact, those who accused Hailey of having stolen Justin from Selena and those who still dreamed of a flashback between ex.

There is good blood even between Demi Moore and Emma Hemings, the two women of Bruce Willis. Both do not miss an opportunity to exchange social posts, Emma even wore the swimwear designed by Demi. And now they are even more united to stand next to Bruce in the battle against his illness. A beautiful example of an extended family.

There are, then, Gwyneth Paltrow and Dakota Johnson. “I love her,” the Shakespeare in love star said of Chris Martin’s new partner. And when Datoka turned 30, Gwyneth wished “Happy birthday to this rare jewel”.

It’s still, Drew Barrymore and Alexandra Michler. The latter married Will Kopelman in 2021 after separating from Drew. Who likened her ex-husband’s new wife to “winning the lottery.” She knows I absolutely love the ground she walks on, and I’m her biggest cheerleader than she is, ”she explained in a Dax Shepard podcast address referring to the new Mrs. Kopelman. A long list, therefore. Which teaches us something important: extended families can work. At least among the stars.

David Martin is the lead editor for Spark Chronicles. David has been working as a freelance journalist.
Previous 2-hour fire ceases in Zaporizhzhia, the Russians return the body of a US volunteer killed at the front to Kiev
Next Inter, first meeting with Skriniar agents: the point | First page