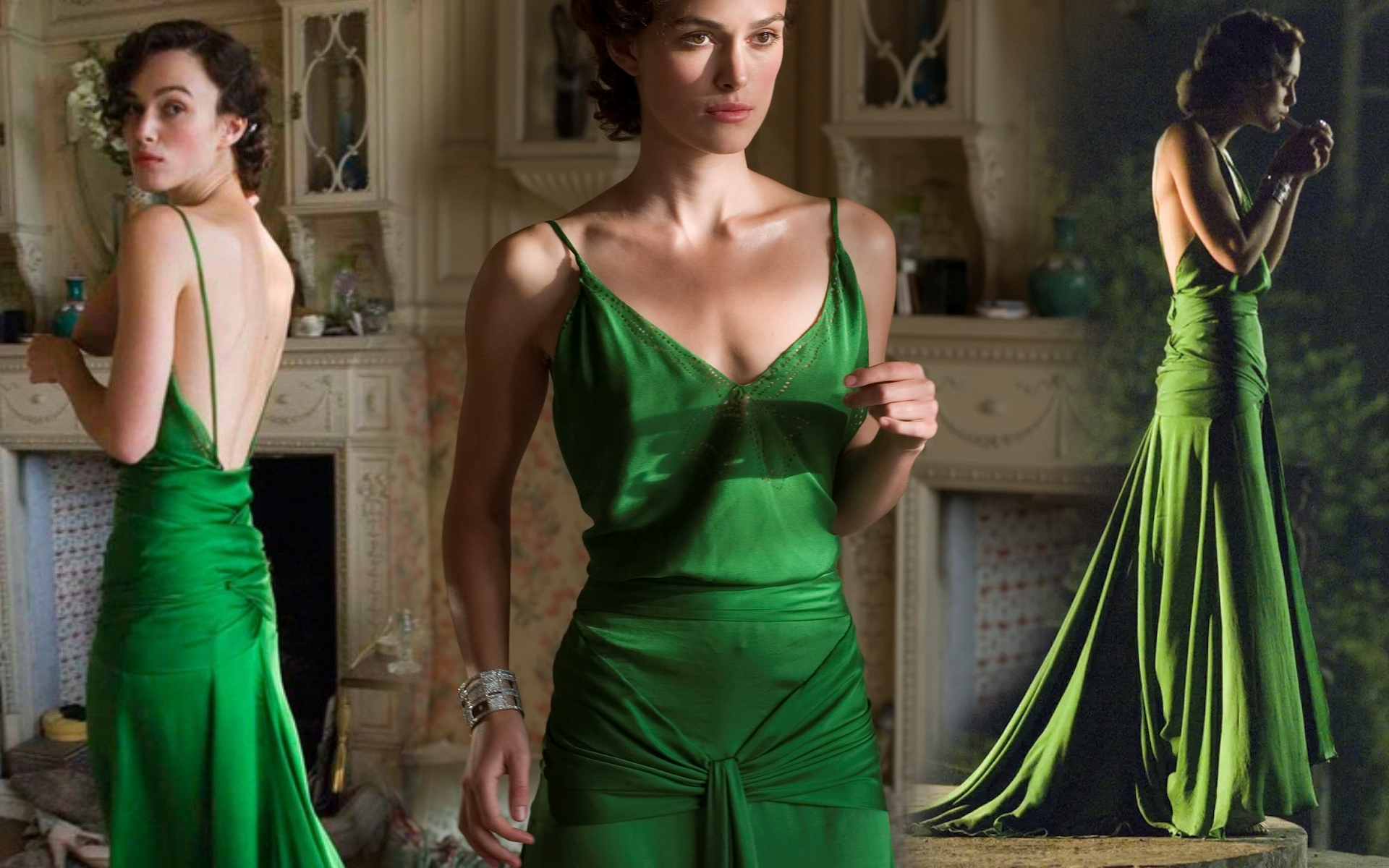 Sometimes, in the world of cinema, it happens that a dress sported by or by the protagonist, surpasses the film itself in fame and celebrity. This is precisely the case with the Keira Knightley green dress in Atonement. The 2007 film directed by Joe Wright and based on the novel of the same name by Ian McEwan did not enter the collective imagination only for the story and the images. But, above all, for one of the British costume designer’s creations Jacqueline Durran. That is the emerald dress that the character of Cecilia Tallis wears in the famous library scene. 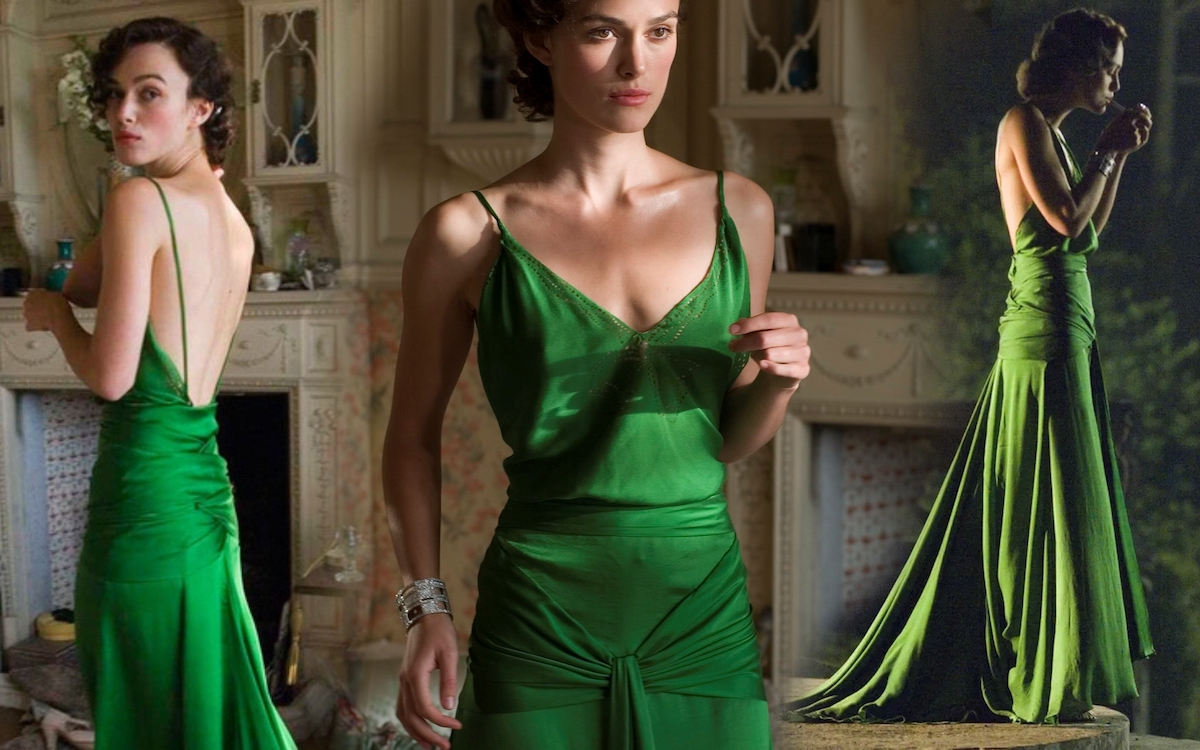 Shines with sensuality, Keira Knightley’s green dress in Atonementconsidered the best costume in the history of cinema by InStyle magazine.

It is a Petticoat evening dress in impalpable silk satin which leaves the back completely uncovered. With small laser cuts along the neckline, a long train and a drape on the belly. The will of the costume designer was to create a model that adheres to the reality of the 30s, but also avant-garde. “We wanted the look to be authentic,” he said Jacqueline Durran – but had freshness, to be appreciated by a modern eye. I am very happy that a compromise has been found. This is what we were trying to do with that dress ”.

All this hides a secret. The dress actually consisted of two piecesto facilitate the movements of Keira Knightley in the scene. And the fabric was so thin that several copies had to be made: ten tops and four skirts. Most of which are left unstitched on the front to give free access to the co-star. In fact, many of the pieces were ripped off during the filming of the sensual encounter. It is no coincidence that the writer too Ian McEwan in the book Atonement talk about the dress as if it were a real character, accomplice of the attraction between the two young people. A character that even has an exclusive Wikipedia page dedicated to him. To complete the look, in the film, there are also designer leather shoes with medium heels Bally and sumptuous jewels Chanel Haute Joaillerie.

The dress of records

The impact of the Keira Knightley green dress on the general public it was explosive. Boutiques and tailors began to produce faithful replicas for the many requests received. In 2008, a survey sponsored by Sky Movies and from the British magazine InStyle decreed it as the best costume in the history of cinema. Overcoming the pleated dress by Marilyn Monroe in When the wife is on vacation and the little black dress by Audrey Hepburn in Breakfast at Tiffany’s. The same year, one of the original pieces of the dress was then auctioned for charity on the site Clothes off Our Back. And a mysterious buyer got it right $ 46,000. Difficult to blame him, given that it is a dress that we would all like to wear even today. 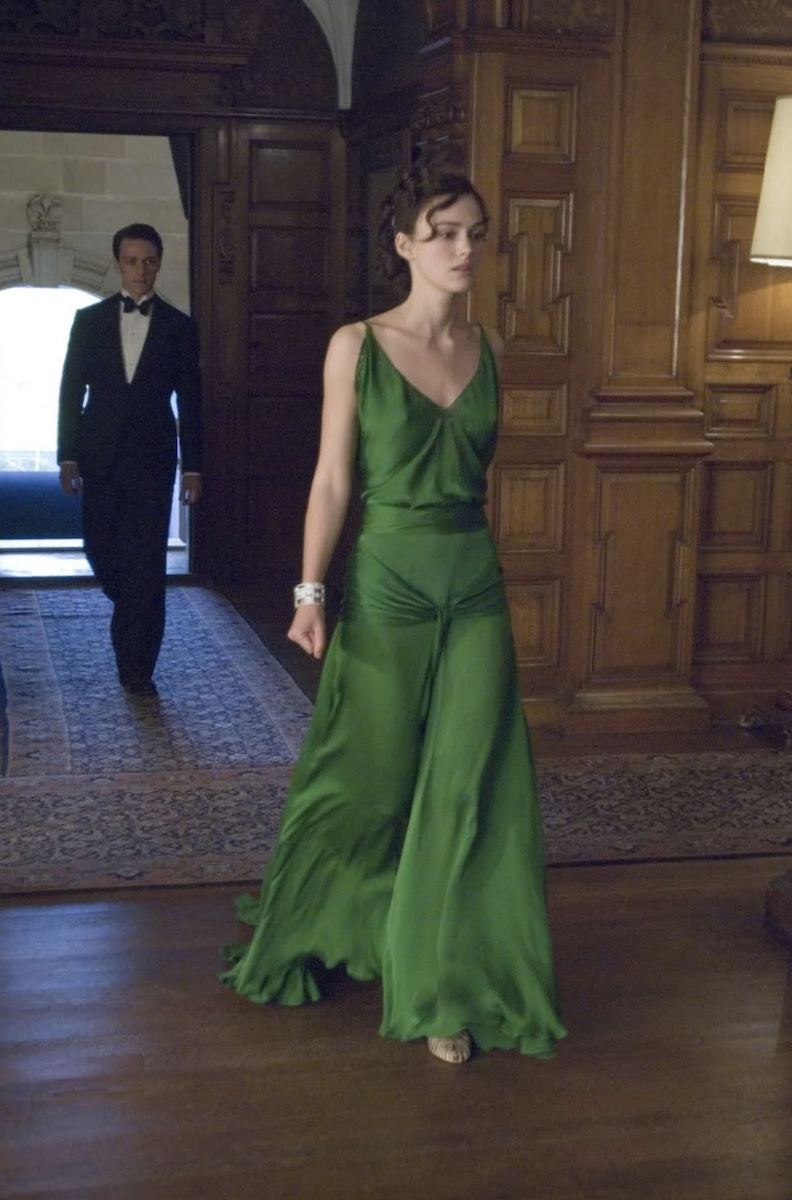 Lightweight and fluid, Keira Knightley’s green dress is treated in the novel as a true character in the story.

David Martin is the lead editor for Spark Chronicles. David has been working as a freelance journalist.
Previous Amou Haji, the dirtiest man in the world in Iran died: he hadn’t washed for 60 years
Next Has Xbox Keystone been canceled? The launch is “years away”, says Phil Spencer – Nerd4.life