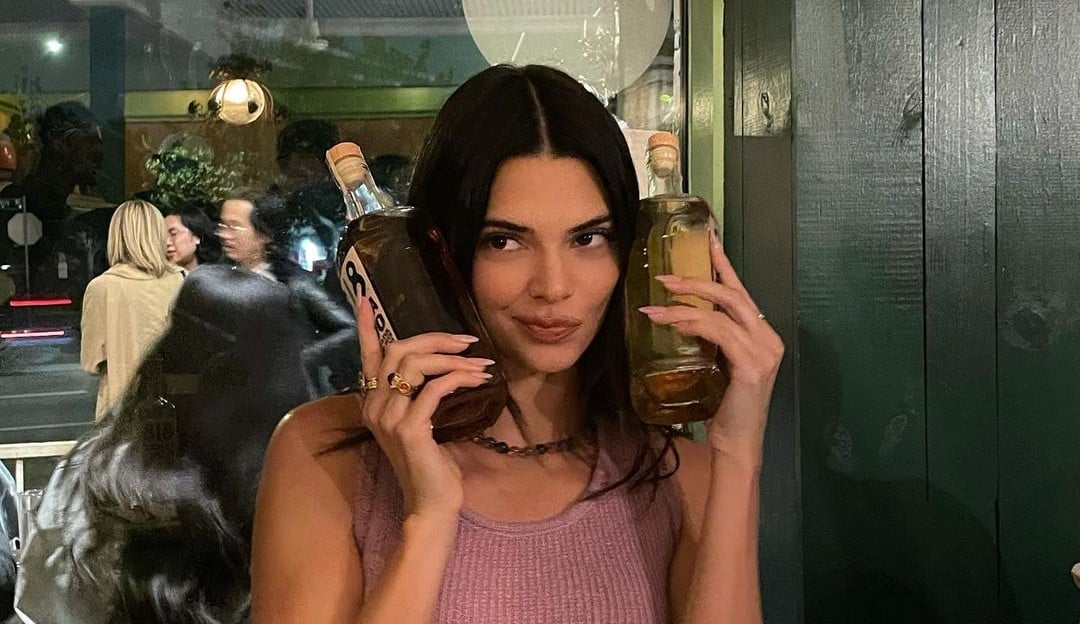 Kendall Jenner poses in a bikini to promote her tequila brand

Kendall Jenner used her Instagram to promote her tequila with photos in a brown bikini, enjoying the summer. In the image, Kendall posed next to a dog, of the German breed Dobermann, a bottle of her tequila and a cap, also from the brand. 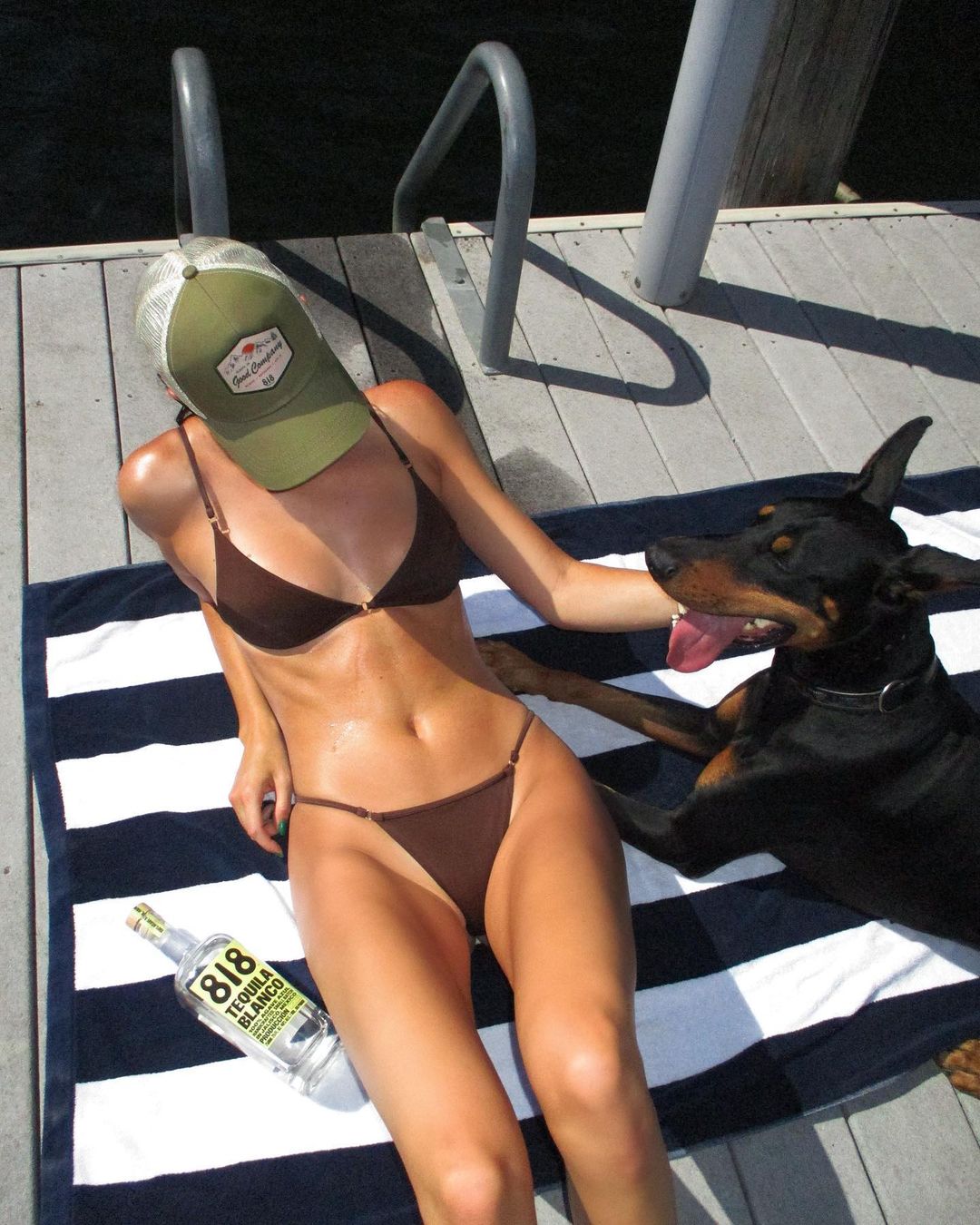 Kendall Jenner posing next to her tequila brand, 818. (Photo: Playback/Instagram)

Kendall has decided to officially embark on the beverage market in the year 2021. Initially, tequila was entered anonymously in spirits competitions and won the title of “Best Tequila in the World” of World Tequila Awards 2020. The competition judges praised the drink that has a “Earth, nut tart, sweet potato and caramel, with sweet, smoky notes reminiscent of oak, vanilla and a sweetness like cinnamon ice cream.” The participant who sent the drink used the pseudonym K & Soda. 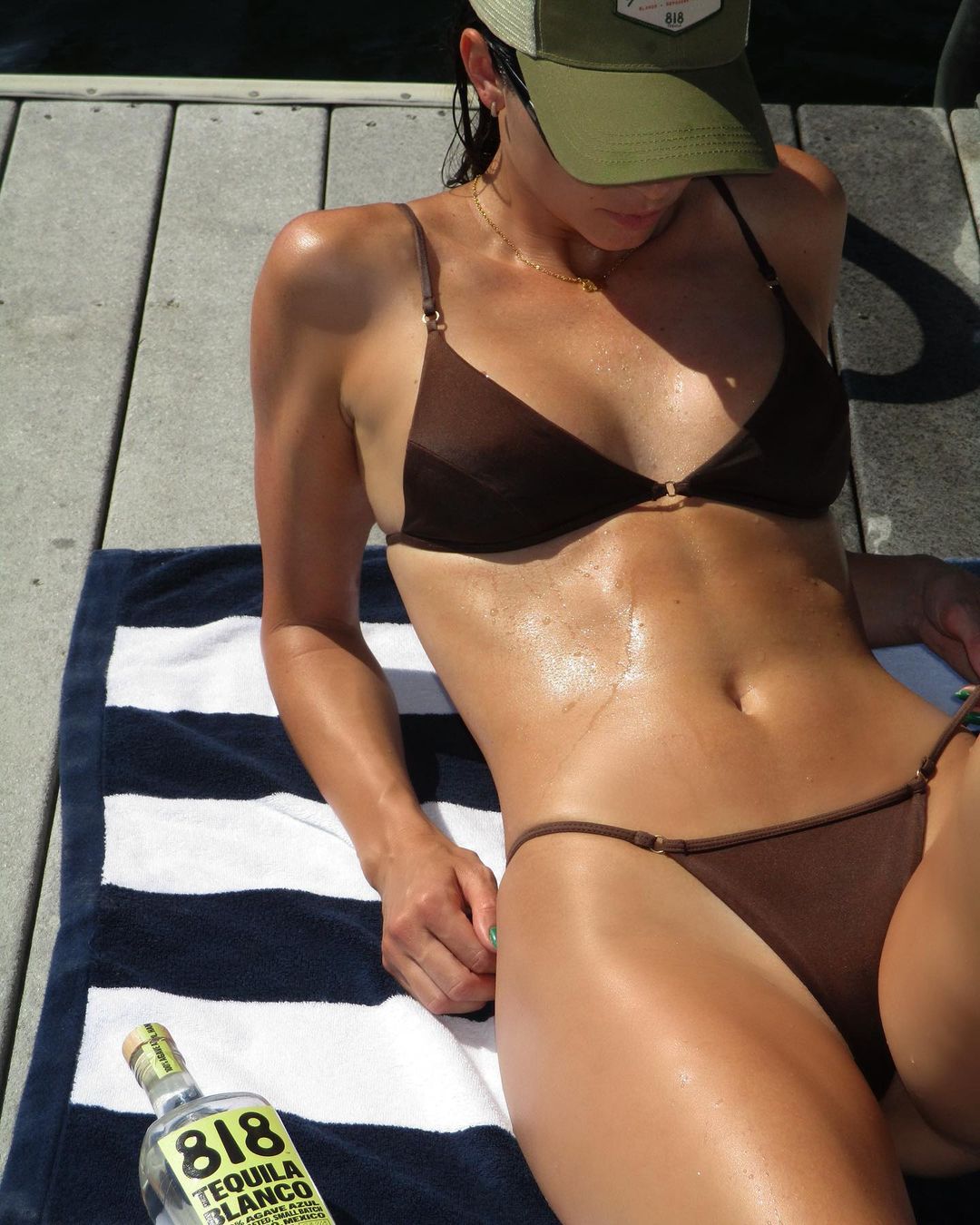 Kendall Jenner posing next to her tequila brand, 818. (Photo: Playback/Instagram)

Jenner is one of the great celebrities who have invested in the beverage market. George Clooney, with his Casamigos, was considered by Forbes, the celebrity who started the trend. Singer Post Malone owns the Maison No. 9 rose, rosé wine sold for R$ 113, in Brazil. Other artists also embarked on the Tequilas market, a drink much appreciated by Americans, such as: The Rock, with Teremana; and Mark Wahlberg with his Blue Arrow.

The name 818 was the businesswoman’s idea and is a tribute to her roots, as it corresponds to the code of the area where she was born. The drink can be purchased for US$ 59, around R$ 320 at the current price.

Kendall was accused of cultural appropriation after her visit to Mexico. The model posed in a promotional spot for her brand on an agave farm in Jalisco, wearing a “sombrero” in the back and braided. Some followers said that Kendall was appropriating a culture because she was wearing local attire.

Jenner was also criticized for appropriating a typical Mexican culture business and withdrawing production from a local community. The member of the Kardashian family spoke out saying that the waste from the production of 818 was recycled in the form of sustainable bricks and donated to the people of Jalisco, where tequila is produced.

Videogames entered his life in the late '80s, at the time of the first meeting with Super Mario Bros, and even today they make it a permanent part, after almost 30 years. Pros and defects: he manages to finish Super Mario Bros in less than 5 minutes but he has never finished Final Fight with a credit ... he's still trying.
Previous “There was no risk of violence.” Cartabia sends the inspectors – Corriere.it
Next honeymoon on Lake Como