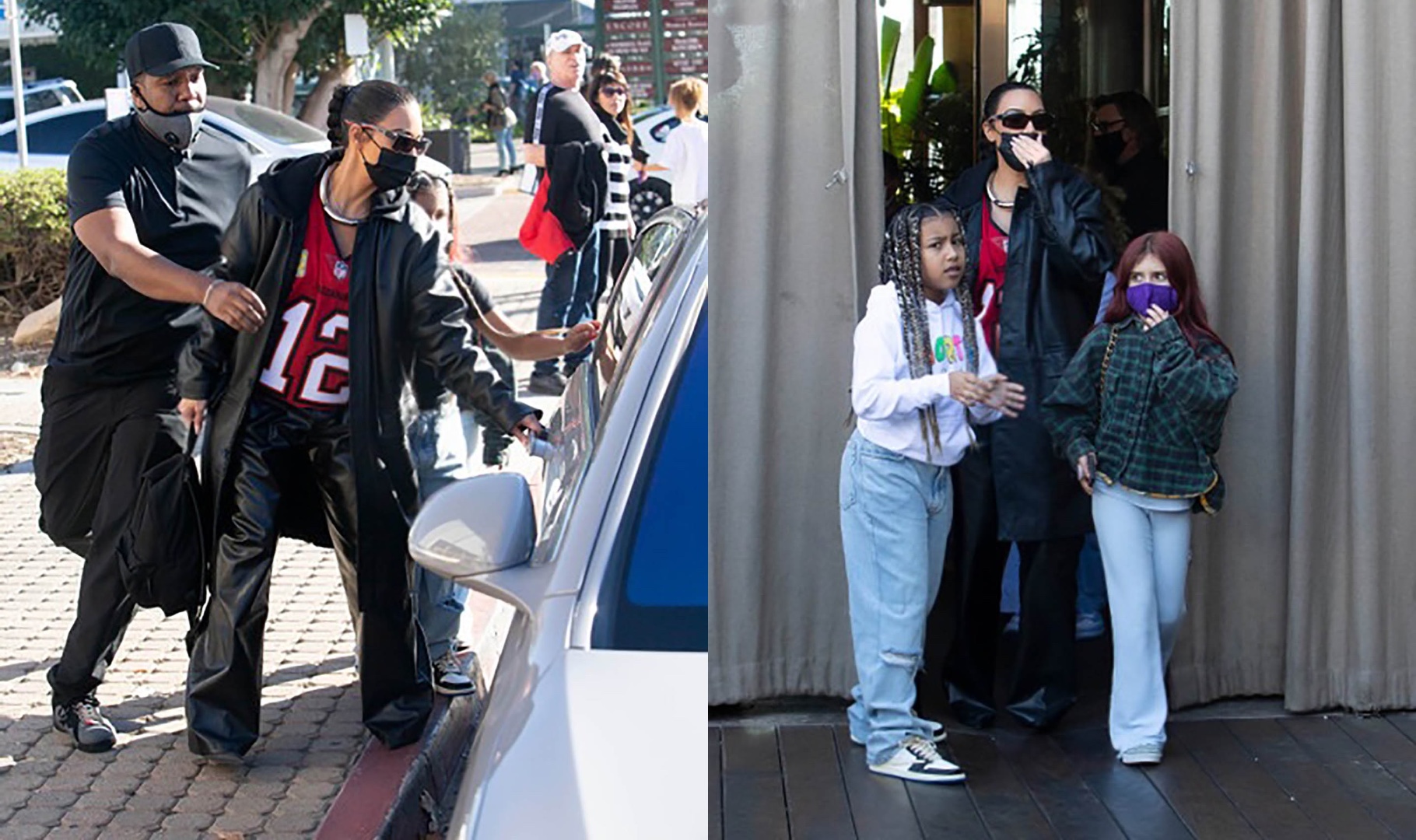 Kim Kardashian took her daughter and niece out shopping

Kim Kardashian has just returned from an intoxicating holiday in the Bahamas. She wasn’t alone there. She was accompanied by a new lover – Pete Davidson with whom she has been seeing for several months. After returning, she decided to spend time with her children.

Kim Kardashian is a mother of four. In a “normal” life, it would probably be difficult for her to go to the Bahamas for a few days, but as you know, the lives of Hollywood stars differ significantly from what we know every day. Kim has just spent a few days at the beach with her new boyfriend. After returning, she decided to spend time with her children. She took her eldest daughter North and her niece, daughter Kourtney Kardahian, shopping. The dyed hair of 9-year-old Penelope caught the eye.

Little Penelope’s hairstyle caught the attention of observers already at Christmas, when the Kardashians published photos from their Christmas session. The 9-year-old surprised with a chestnut hair color. Some of the fans claimed it was a wig, but the repeated photos of the girl raised doubts about it.

8-year-old North West did not seem very happy with her purchases. After leaving the store, she immediately wanted to get in the car. Kim’s styling also attracted attention. A basketball shirt and high-heeled shoes are undoubtedly a controversial combination.

OMG! Kim Kardashian invited them both to Christmas Eve!

He likes dogs, pizza and popcorn. Already a fanboy of Nintendo and Sony, but today throws anything. He has collaborated on sites and magazines such as GameBlast, Nintendo World, Hero and Portal Pop, but today is dedicated exclusively to Spark Chronicles.
Previous Mysterious deaths of officers in Kazakhstan. Media: this is the result of settlements after the riots
Next Samsung Galaxy S21 FE up to PLN 660 cheaper with a gift