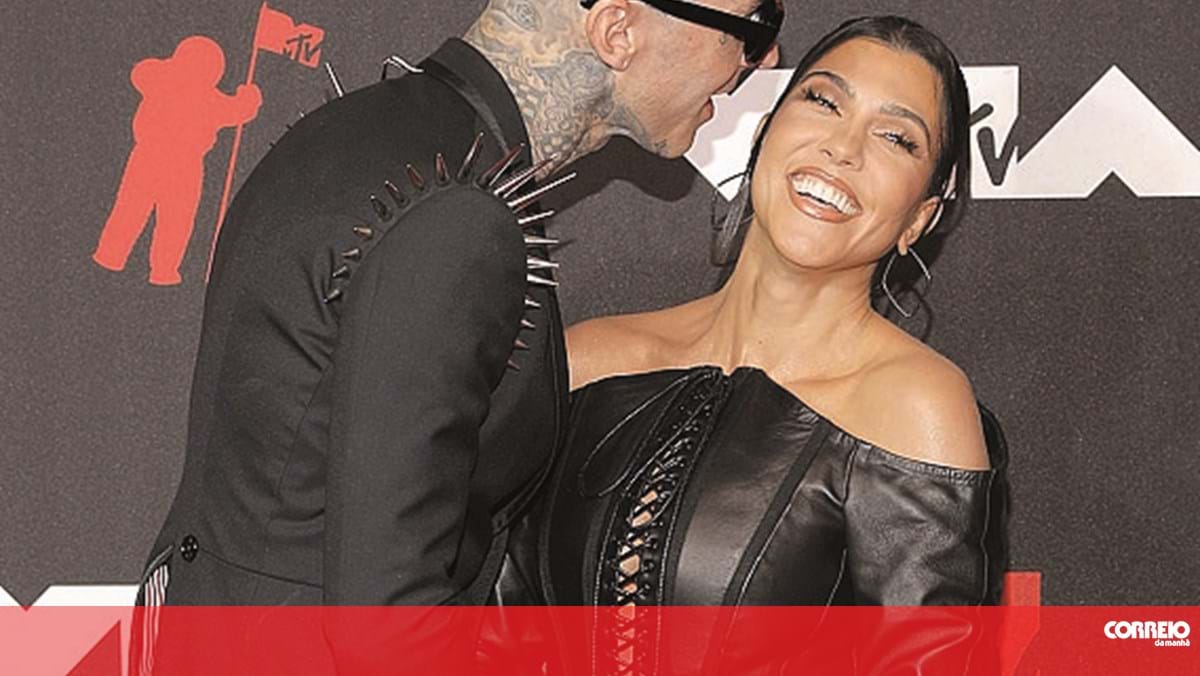 Kourtney Kardashian and Travis Barker got married for the second time and this is official. The Kardashian-Barker couple took the step in the relationship this Sunday, in a court in Santa Barbara, California, advanced the daily mail. The ceremony was small and the celerities intend to have a Kardashian-style wedding soon. Italy is the place they have in mind, say sources in the TMZ.

Of the Kardashian clan, only Kourtney’s maternal grandmother, Mary Jo Campbell, was present, as well as Barker’s father, Randy Barker. The couple, who this time wore traditional wedding clothes, left the venue in a vintage black convertible car and celebrated the nuptials at a restaurant in Montecito, California.

The eldest of the Kardashian-Jenner sisters and the drummer of the rock band Blink-182 had already had an impromptu wedding in Las Vegas last month, but it was not made official due to lack of documentation, informs the TMZ.

Kourtney shared a photo of the moment on Instagram, with a caption that described the moment “out of the box”: unplanned, motivated by alcohol and with an Elvis Presley impersonator performing the ceremony. “Once upon a time in a land far, far away (Las Vegas) at 2am, after an epic night out and some tequila, a queen and her handsome king ventured into the only open chapel with an Elvis and got married ( unlicensed),” Kourtney wrote at the time.

Videogames entered his life in the late '80s, at the time of the first meeting with Super Mario Bros, and even today they make it a permanent part, after almost 30 years. Pros and defects: he manages to finish Super Mario Bros in less than 5 minutes but he has never finished Final Fight with a credit ... he's still trying.
Previous many guests expected in Andria, from Emma Marrone to Måneskin
Next Palace and adidas celebrate nature with a short film