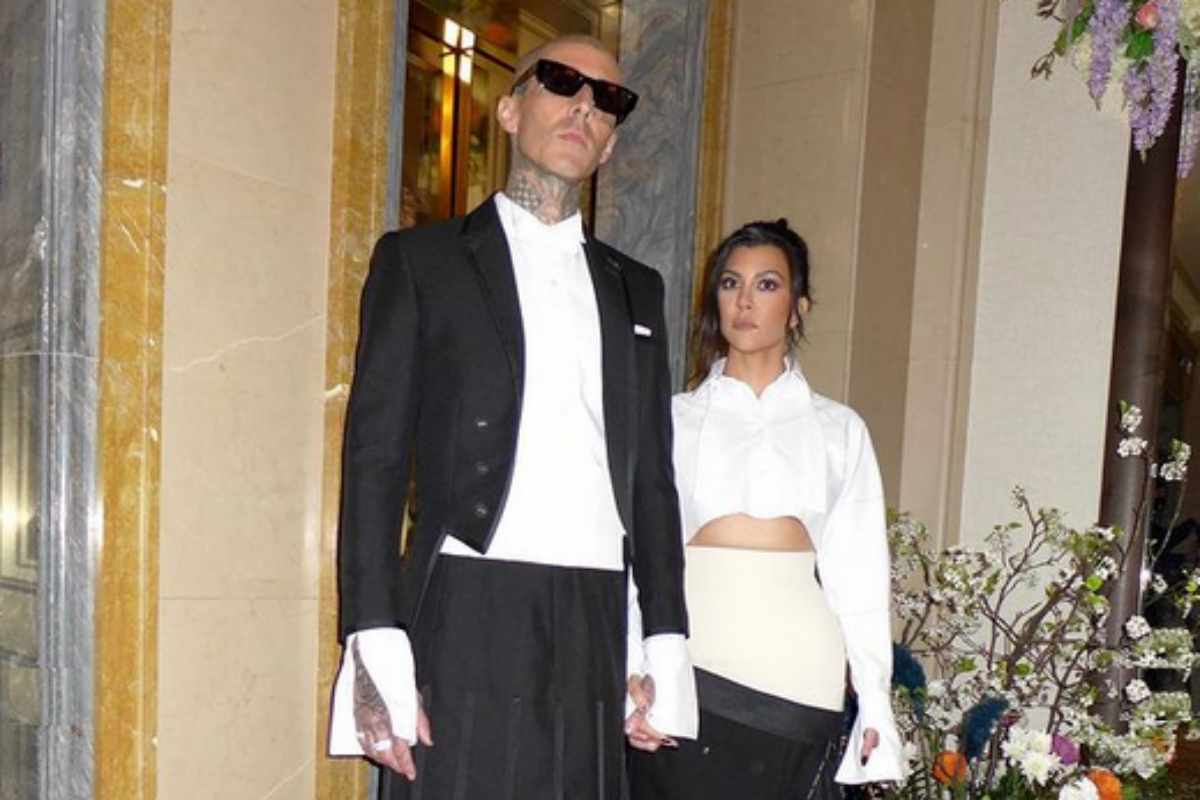 According to InTouch magazine, Kourtney Kardashian and Travis Barker already set the wedding date. The lovebirds will walk down the aisle on the weekend of May 21, in a ceremony in Portofino, Italy, where they will say ‘yes, I do’ alongside friends and family.

A source told the publication that everything is ready for her big day, which is expected to cost a fortune.

“The wedding will be over the top and cost over $3 million. Kourtney is the more low-key of the sisters, and usually doesn’t like a lot of pomp and circumstance, but she’s loving the details of her big day,” justifies the source.

The eldest of the Kardashians is following in the footsteps of sister Kim Kardashian, who also married in Italy in May 2014 to Kanye West.

After Kim Kardashian become a trending topic because of the dress worn at the 2022 MET Gala – the original model of the knitted dress with 6,000 crystals, which was already sewn to the body of the late actress Marilyn Monroe in 1962, it was the turn to Kylie Jenner be criticized for the wedding dress with a veil sticking out of a cap. Most fans did not understand the look of the socialite.

But the really criticized look was that of Kourtney Kardashian. The stylist in charge had to go to social media to explain his creation.

The person responsible for the outfits for both Kourtney and Travis Barker on the red carpet of the gala was Thom Browne.

Nobody understood the message of her clothes, but Thom decided to explain: Kourtney’s clothes are exactly the same as her partner’s, but Kourtney’s look appears ‘deconstructed’.

“Travis Barker wears a tailcoat (…) a white collared shirt with piqué cuffs with a thumb hole… Kourtney Kardashian wears a deconstructed interpretation of Travis’ look, including a corset with a carved hip sash in raw muslin, Deconstructed skirt with exposed stitching details and cropped pique shirt with collar and thumbhole cuffs.”

While no one liked her look, many felt that Kourtney was actually hiding something. Some followers consider that she is already pregnant, however, she will only confirm the big news at the end of the season of the new reality show of her family, “The Kardashians”, whose third episode is now available on the Star+ platform in Latin America.

Videogames entered his life in the late '80s, at the time of the first meeting with Super Mario Bros, and even today they make it a permanent part, after almost 30 years. Pros and defects: he manages to finish Super Mario Bros in less than 5 minutes but he has never finished Final Fight with a credit ... he's still trying.
Previous Jennifer Hudson, Milla Jovovich and Sam Worthington will star in the action thriller Breathe
Next Madame Web, Sydney Sweeney joins Dakota Johnson – Magazine