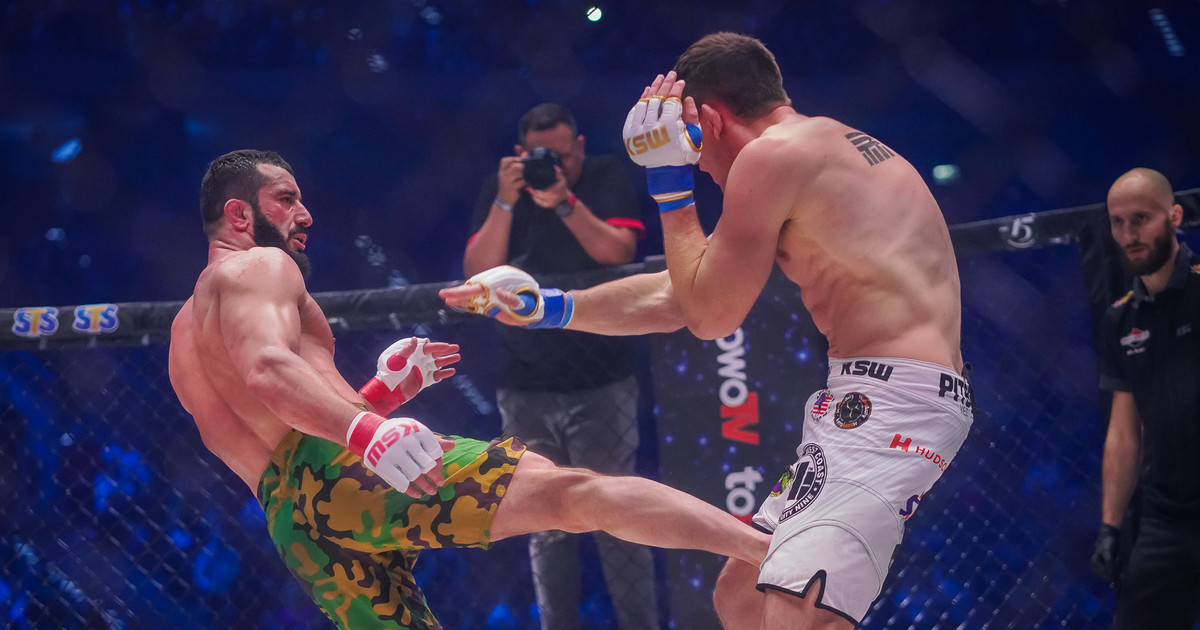 KSW breaks a record in 2022. Gale in Viaplay, we know the fight of the evening KSW 66

We already officially know from Monday that the cooperation between KSW and Polsat TV has ended after 17 years. Since 2004, both entities have jointly organized nearly 70 mixed martial arts events, but the closest, scheduled for December 18 in Gliwice with a fight of the evening Mamed Khalidow – Roberto Soldić, for the mid-category belt belonging to the former (84 kg), will already be broadcasting the new sender. This is an online Viaplay platform, which was officially announced at a press conference in Warsaw.

– This cooperation gives us new opportunities and will positively influence the further development of KSW – assessed Martin Lewandowski, co-owner of the largest Polish company promoting MMA. Thanks to Viaplay, the KSW events will be shown live in ten European countries (Poland, Sweden, Finland, Norway, Iceland, Denmark, Lithuania, Latvia, Estonia and the Netherlands, there is also a paid platform available worldwide, ksw.tv), and in 2022 in 2012, there will be 12 of them. This is a record number, because the most impressive in this respect was the year just ended – eight events, including the December KSW 65 in Gliwice.

The official announcement stated that in Poland all galas will be available on the basis of a monthly Viaplay subscription (currently PLN 34). This is to mean that KSW breaks with the pay-per-view model, which required the fan to buy separate access to broadcasts of individual events for PLN 40.

MMA as a discipline does not disappear from Polsat’s offer. The station will continue to show on its channels the galas of the most powerful organization in this sport – UFC (including Jan Błachowicz, Mateusz Gamrot, Joanna Jędrzejczyk), as well as national galas of companies such as Babilon MMA or FEN.

– Together with Martin, we want to thank Polsat Holding for 17 years of cooperation. Our breakup wasn’t because there was anything wrong with her. The economic situation, development situation and expansion into the world forced us to make such a move. If you want to be a slave to quality like your viewers then that quality has to be paid for by a larger market. We part with Polsat in friendship. We are going to Europe and the world with a partner who is already in this world – explained Maciej Kawulski, co-owner of KSW.

– The year 2022 will be a breakthrough for us, the most prolific for KSW in years. We will meet every month. We are planning five big galas, I mean one that will attract 10,000 spectators and more. And also seven smaller or studio events – announced Lewandowski. – Ultimately, we would like to organize six galas a year outside Poland. There may be four of them in 2022, of course, if the pandemic situation does not prevent it, he added.

The first event in 2022 will be the KSW 66 gala scheduled for January 15 in Szczecin with the fight of the evening fight between the light weight champion (70 kg) by Marian Ziółkowski and Borys Mańkowski.

David Martin is the lead editor for Spark Chronicles. David has been working as a freelance journalist.
Previous The Fame MMA star will go to KSW ?! “He should report”
Next Lithuania – China. China is downgrading diplomatic relations with Lithuania. The European Commission comments on the dispute