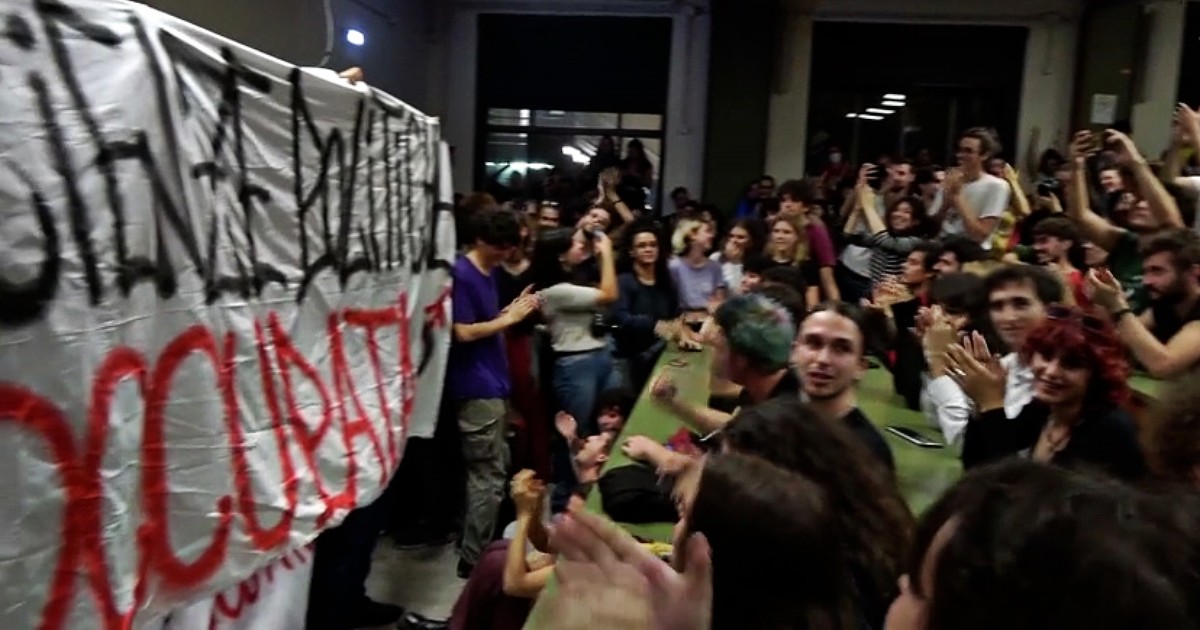 La Sapienza, after the offices on Tuesday, the students occupy the faculty of political science and ask for the resignation of the rector

The faculty of Political Science of the La Sapienza University of Rome has been occupied by students following the incidents of last Tuesday and the charges of the police. “The violent charges on the students have pushed the university students gathered in the assembly to occupy Political Science”, communicates the student movement Cambiare. “Our requests are clear: we want the immediate resignation of the rector Polimeni and the guarantee that the police will never again enter the university – they add – Simple requests, aimed at re-establishing minimum levels of democracy and liveability in the university, noting that the highest internal institutions of Sapienza have not been in able to guarantee the safety of students “.

“I would like to clarify that the intervention of the Police Forces during the disputesi was decided and coordinated by the Director of the service prepared by the Rome Police Headquarters, who deemed it necessary to guarantee public order ”replies the rector Antonella Polimeni, Rector of the La Sapienza University of Rome, in an email sent to the students.

“No more violence against students! Let’s take back our spaces ”is it banner displayed by university collectives in the courtyard of Political Sciences at Sapienza. During the day a public assembly was held which recorded a massive participation of university students. Another banner, lowered from a ladder, reads: “Your government. Our anger ”. Also present flags of the Anpi. With the microphone Digos agents were invited to leave.

Yesterday, speaking at Sento, the Prime Minister Giorgia Meloni he stated: “I come from youth militancy. In my entire life I have never worked to stop someone else from saying what he meant. I never did it. But the one to whom ”the senator Ilaria Cucchi he was referring, they were “protesters who with a picket wanted to prevent others from expressing their ideas. Democracy is in respect of the ideas of others. Otherwise what do we do? Do we allow those who do not think like us to prevent us from talking? If my political party prevented another political party from speaking, I would be the first to denounce it ”. 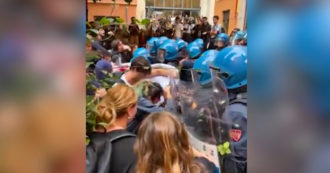 Rome, police charges against students at Sapienza: the protest for the conference with FdI exponents – Video

This morning the Political Science Department Council condemned the use of force by law enforcement. The University, said the council, “is the place of confrontation, pluralism and freedom of expression and which will continue to guarantee the right of all to express their ideas, condemns the use of force for the resolution of conflicts that see the students involved. He reiterates that the use of the public force within the University must be reserved for exceptional situations and requires the utmost responsibility in the management of public order within the University. He hopes for the future that forms of mediation and conciliation will be found, which enhance the instrument of dialogue as a form of conflict resolution “.

“The facts of Sapienza, with the entry of the police into the University and the violence against female students and students who were protesting are an alarming sign. A violent repression that we would not have wanted to see and that we fear could be repeated against girls and boys who are starting to express their discomfort again by occupying school buildings “, writes the Flc Cgil.

Videogames entered his life in the late '80s, at the time of the first meeting with Super Mario Bros, and even today they make it a permanent part, after almost 30 years. Pros and defects: he manages to finish Super Mario Bros in less than 5 minutes but he has never finished Final Fight with a credit ... he's still trying.
Previous Sarri: “Lazio makes me have fun. Milinkovic can do even more”
Next The Girl from Plainville: the true crime series starring Elle Fanning is online