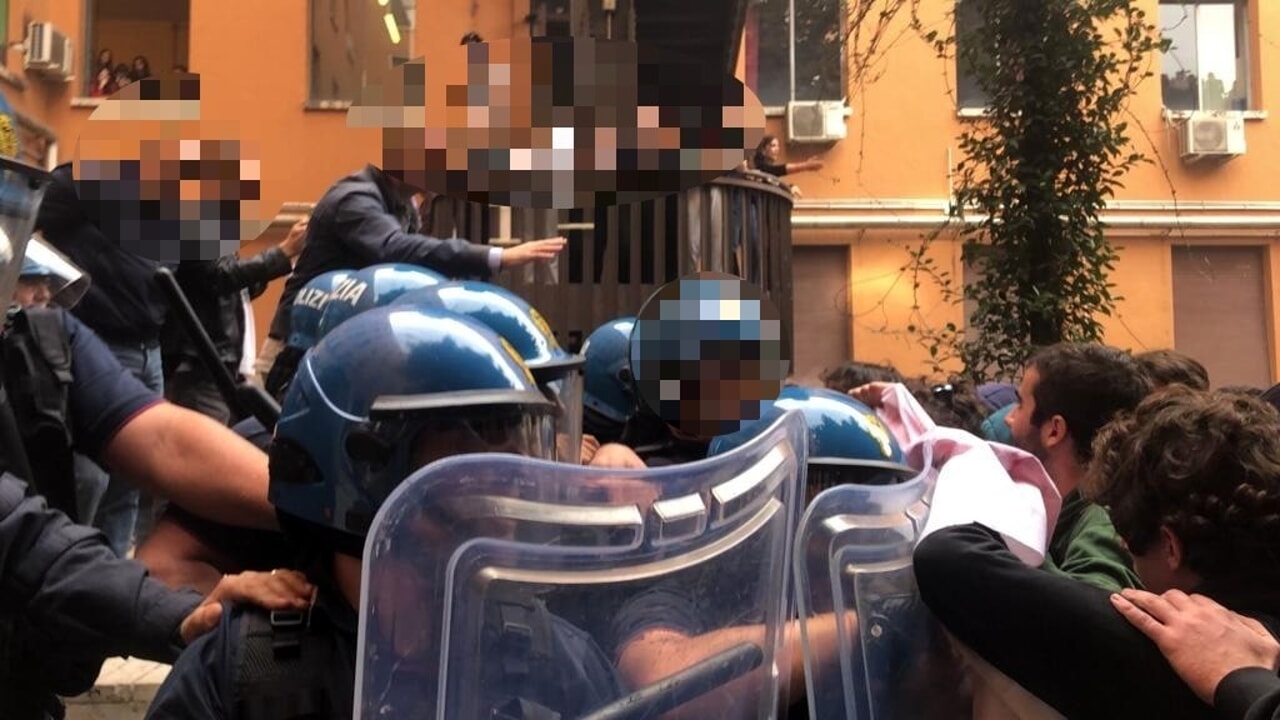 La Sapienza, clashes between students and police over protests against the conference with FdI and Capezzone

Morning of tensions at the Faculty of Political Sciences of Sapienza on the occasion of a conference organized by Action Universitaria to which Daniele Capezzone and Fabio Roscani, exponent of the Brothers of Italy and president of National Youth, were also invited. Dozens of students gathered in front of the faculty for a protest organized by the collectives, but the protests quickly degenerated into clashes with the police.

According to preliminary information, some students were hit with batons while trying to access the conference. It is unclear whether they were stopped there. The policemen, in riot gear, rejected the demonstrators who were holding up a banner and tried to reach the entrance of the faculty: “Fascists out of La Sapienza” shouted the students. Some representatives reported that from the early hours of the morning most of the entrances to the faculty were closed, and that the police forces were deployed to protect the entrance.

“After the University and the rector Polimeni legitimized the presence of fascist organizations for years, after the establishment of the Meloni government, the response of the police and the repressive apparatus also came, which violently beaten the anti-fascist students – let the collectives know – We do not accept that violence, Atlanticism, racism and exploitation are legitimized “. The students then moved in procession towards the rectorate, about 2,000 boys who advanced holding banners and singing protest choirs.

Videogames entered his life in the late '80s, at the time of the first meeting with Super Mario Bros, and even today they make it a permanent part, after almost 30 years. Pros and defects: he manages to finish Super Mario Bros in less than 5 minutes but he has never finished Final Fight with a credit ... he's still trying.
Previous NEWS – Pellegrini and Becao news! Brahim Diaz, Lukaku, Brozovic, Maxime Lopez, Piccoli… – SOS Fanta
Next Miriam Leone, Jessica Biel, Naomi and the best dressed stars of the week