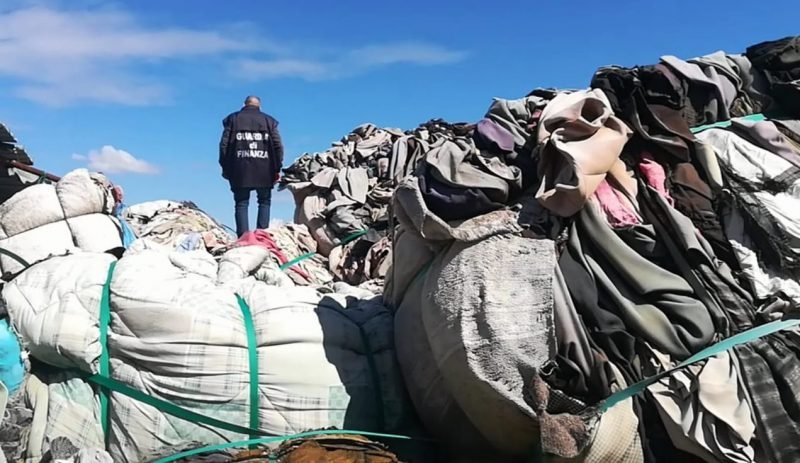 The world of textile waste is large, articulated and for a long time it was also undervalued. In Italy, textiles are one of the most important sectors of our manufacturing and represent about 13% of businesses (compared to the entire industrial branch). Even with respect to the waste sector, textiles are of a certain importance, in particular, every year in Italy an average of 149,000 tons of urban textile waste is produced, which represents around 0.5% of the total urban waste produced and 0. 8% of the differentiated fraction (three-year period 2018-2020). Furthermore, in recent years, post-consumer textile waste (the urban fraction) has undergone a significant increase, with an increase in terms of production of almost three times from 2010 to 2019, also due to the phenomenon of fast fashion. The urban collection of textile waste accounts for around 30% of the total textile waste produced (data from the Foundation for Sustainable Development).

The theme of textile waste, for the new edition of the “Facciamo Secco il Sacco” dossier by Legambiente appears more than ever a current theme, not only for the legislation which from 1 January 2022 requires their correct collection, but also for the innumerable environmental effects that the entire sector (from production to disposal) has on the planet. According to theEuropean Environment Agency (EEA) this sector would be responsible for 10% of global greenhouse gas emissions, more than all aviation and shipping combined. Textile waste is therefore at the center of the European political agenda, which has identified, not surprisingly, this sector as one of the priorities, with the 2020 European Action Plan on the circular economy. Added to this is another data from Ispra, according to which 5.7% of unsorted waste is made up of textile waste, i.e. around 663,000 tonnes/year destined for disposal in landfills or incinerators, which could be, in large part, reused or recycled. Talking about textile waste, from the reduction of production to correct sorting practices, is essential to continue with our goal of putting the undifferentiated bag on a diet and to increasingly reduce the production of waste. In Campania, in 2020, the production of textile waste was 14,263 tonnes, down by 7% compared to 2019. The textile fraction represents 0.6% of the total waste produced in Campania, a value that is higher than the national average which stands at 0.5% and decidedly higher than the average figure for Southern Italy which stops at 0.42% .

Among the provinces of Campania, in terms of absolute production of textile waste, the greatest contribution comes from that of Naples with 7,962 tons of textile waste, followed by the province of Caserta with 2,436 tons and that of Salerno with 2,133 tons. On the other hand, the provinces of Avellino close with 998 tons and Benevento with 707 tons. In terms of absolute production, all the provinces of Campania show a general growth in the production and collection of this type of waste. This increase is linked not only to the generally growing trend of separate waste collection throughout the region but also, as mentioned in the first part of the dossier, to the phenomenon of fast fashion. Precisely with respect to the increase in the production of textile waste, it is the province of Avellino that registers a greater leap forward, with a + 61% from 2016 to 2020. A large increase in terms of production is also that of the province of Caserta which marks a +33%, followed by the province of Naples with a +29%, by that of Salerno with an increase of 14% from 2016 to 2020 and finally by that of Benevento with 10%. “Starting from 1 January 2022 – comments Francesco Esposito, Legambiente Campania scientific office – as required by legislative decree n ° 116/2020, the obligation of separate collection of textile waste has been triggered in Italy, thus anticipating the European legislation which provides for the activation of separate collection starting from 2025. The new regulation approved by the Italian Parliament must, in any case, be contextualized in a heterogeneous reality such as that of our country. The collection of textile waste, perhaps precisely due to the prolonged absence of a legal obligation, represents a bit of a Cinderella of sorting, with rules more than ever diversified according to the municipalities. There are too many textiles that erroneously end up in the unsorted dry waste container and starting from the estimate, on a national basis, made by ISPRA of a 5.7% unsorted dry waste characterized by this type of waste, it is possible to hypothesize, only for 2020, a quantity of over 670 tons of clothes, suits and various fabrics that escaped the recovery and recycling process in Campania. Conveying information on the correct delivery of all types of waste is the first step in improving separate collection, putting the undifferentiated bag on a diet and contributing to the virtuous circle of recycling even this type of waste. “

David Martin is the lead editor for Spark Chronicles. David has been working as a freelance journalist.
Previous Euphoria 2, Zendaya tells how she shot the emotional breakdown of episode 5
Next Lego DC Supervillains Download Full Game PC For Free