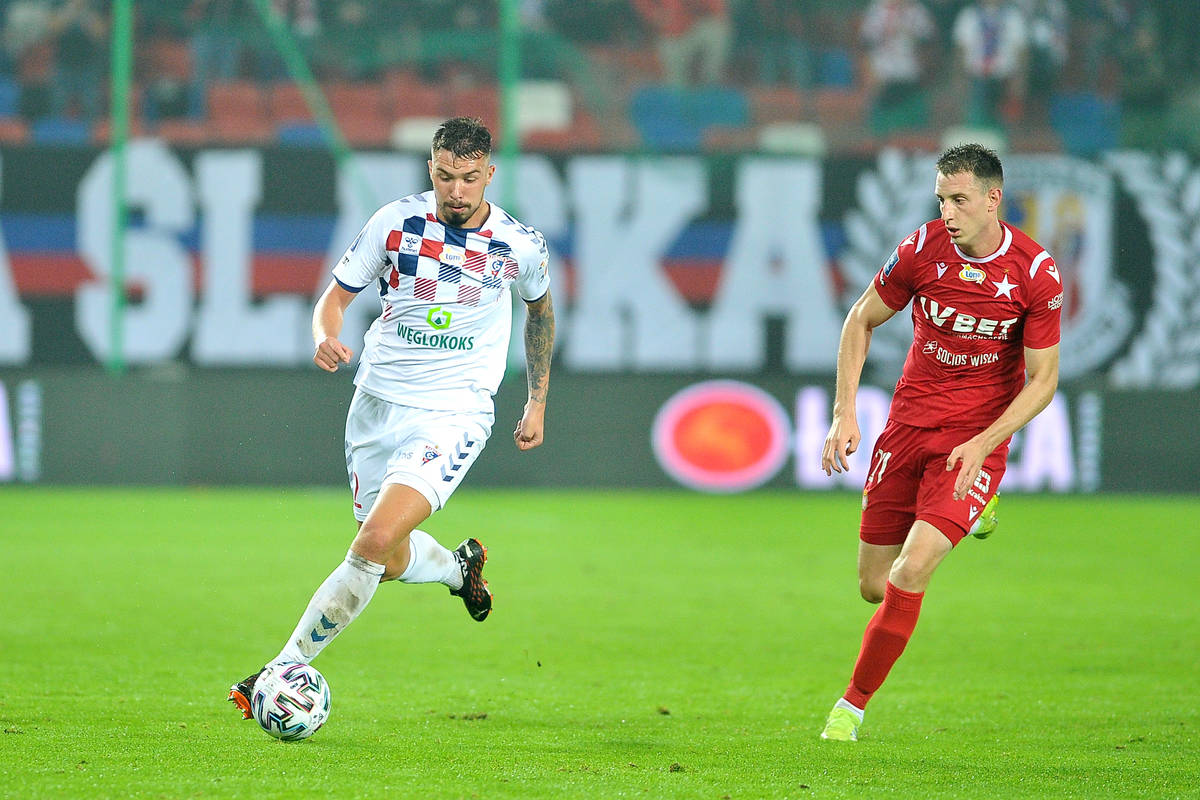 Legia Warsaw would like a stopwatch from Górnik Zabrze. There are also offers from abroad [NASZ NEWS]

Legia Warszawa would see Przemysław Wiśniewski at home, but detaining the center-back Górnik Zabrze in Poland will be very difficult. The 23-year-old is closer to a trip abroad.

The Polish Champion is in huge trouble. He spends the winter in the relegation zone. There is a great instability inside the club, as evidenced by the recent unexpected reconstruction of the sports division led by the club’s legend – Jacek Zieliński.

The new sports director has announced that he will not conduct a revolution in the current transfer window. Rather, it will focus on adding 2-3 names to stabilize the squad, which is to fight for maintenance and victory in the Polish Cup. He would like to see more Poles in the team.

As we have established, one of them could be Przemysław Wiśniewski. Górnik Zabrze’s stopper is a football player standing out in this position. His contract ends in the summer, which is why he has become a tasty morsel for many potential employers.

“Wiśnia” was also on the radar of the Warsaw club. The future of Maik Nawrocki is still unknown at Łazienkowska Street. President Dariusz Mioduski announced to buy it out, but so far it has not happened. In Warsaw, they have recently had a problem with keeping their promises, so they have to be corrected. Mateusz Wieteska also arouses considerable interest. We heard that in the fall the 24-year-old was watching Strasbourg very intensively (Karol Fila is playing there) and who knows if he will not want to reach for this player.

Wiśniewski – one of the fastest central defenders – has great physical conditions. This means that many clubs from Europe are interested in him, including from Italy, Belgium or Hungary. There is nothing to hide – his detention in Poland will be very difficult.

The departure from Górnik Zabrze is a foregone conclusion, and the stop to Warsaw is also a mission difficult to complete. Previously, Legia did not want to look at this type of players. Now the league market (see the return of Patryk Sokołowski) has again become attractive to her, but it seems to be too late to win the “Cherry”.

The 23-year-old has long aroused serious interest in Western teams. In previous years, Górnik received offers for him at the level of EUR 2.5-3 million. However, they were blocked and rejected, because under Wiśniewski unrealistic amounts were expected. Today an accountant can dream of such rates. It is possible that the footballer will stay in Zabrze until July, until his contract expires and the club does not earn a single zloty on him.

As with Jesus Jimenez (transfer to Turkey suspended in summer and Lech’s advances rejected) and Adrian Gryszkiewicz, who now had a proposal from Lugano, but the club decided to keep him until the end of the season.

David Martin is the lead editor for Spark Chronicles. David has been working as a freelance journalist.
Previous You can buy it at the Military Property Agency store at ul. Trybowski in Bydgoszcz [12.01.22]
Next Not only Jakub and Julia. The most fashionable names for children in Bielsko-Biała

Max Eberl resigned as sports director of Borussia Moenchengladbach. He explained his decision in a …