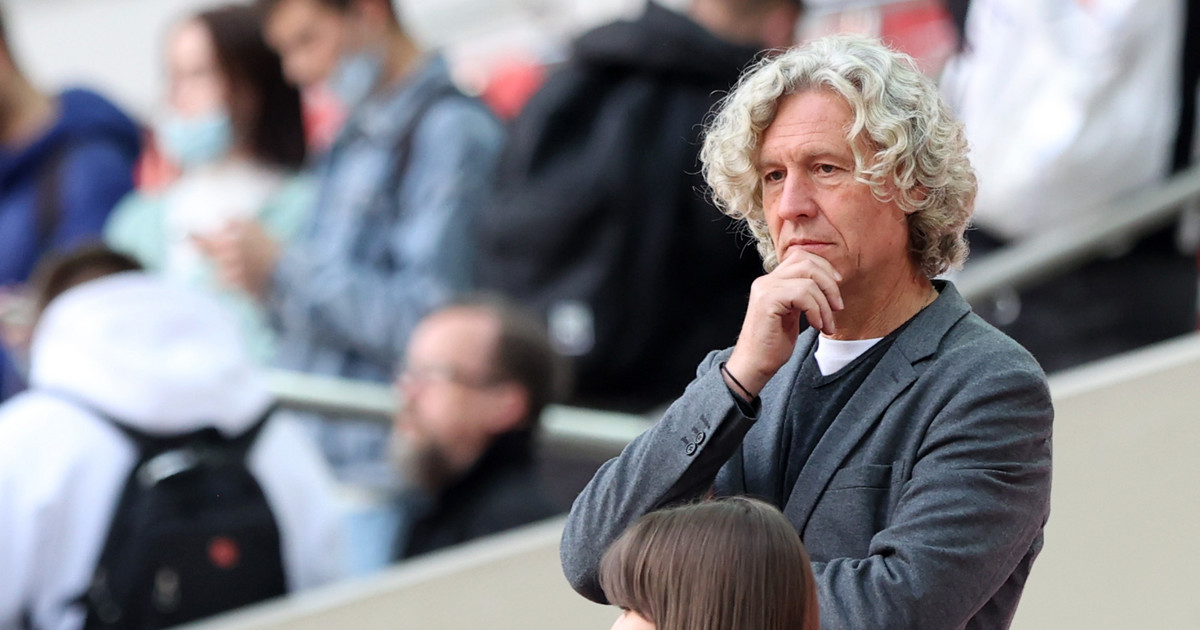 Leicester – Legia. Dariusz Mioduski: we want to communicate with the Pope. LE

– Yes. I can confirm that we want to communicate with the trainer and his staff. If it is not possible to hire him in winter, we are ready to wait until the end of the season. I believe that Marek Papszun, with appropriate working conditions, which are in Legia, is currently the best candidate to develop our team in the coming years. I am convinced that the charisma, knowledge and experience of coach Papszun will be very positively combined with the philosophy of the club – said Dariusz Mioduski directly.

The owner of Legia believes that establishing cooperation with Marek Papszun will change the game of Legia.

– I also believe that the addition of coach Papszun will be a very positive change for Legia Warszawa and that he will be able to use the full potential of our club, which today has the conditions for development at the level of leading European brands. We all want to watch the Warsaw attacking team, playing spectacularly, winning and dominating PKO Bank Polski Ekstraklasa, which naturally gives a chance for good matches in European cups – said Dariusz Mioduski.

The owner of Legia also referred to the work of Marek Gołębiewski, who currently runs Legia Warsaw. The coach was moved from the reserves to the first team after Czesław Michniewicz was released.

– First of all, it is the current and future role of coach Marek Gołębiewski. It was a difficult decision. We entrusted the function to a trainer, Marek Gołębiewski, who has undergone a detailed verification in the reserves, and his personality, workshop and mentality certainly belong to the category of those we want. We did not want to hire an external “firefighter”. Of course, we know that by giving coach Gołębiewski this temporary chance, we have thrown him into a very deep, restless water. However, he knew what to write for, and we knew that we were temporarily ready for such a risk. I am convinced that it is also an important time for the development of coach Gołębiewski, we support him all the time and we will certainly not give up his further work in the club. Taking responsibility at this point, he showed character – explained Dariusz Mioduski.

– The second aspect is that in recent years we have made frequent changes to the coach position. It can be said that a potential mistake that I take on the chest was hiring trainers primarily for the result, under time pressure, under the pressure of the media and various types of experts. We made such decisions, because the most important thing was to win the Polish championship and we usually achieved this goal. And although the employed coaches guaranteed us short-term success, the team did not develop in the long term. And this was also the case with coach Michniewicz, who had the appropriate workshop and experience – added the owner of Legia.

– We talked to the trainer regularly, I shared my comments and suggestions, because we all saw what was happening, that we were not going in the right direction. The coach himself admitted that he had been given a lot of time to overcome the crisis, but it did not work. Today we appreciate the work of coach Gołębiewski and at the same time we prepare well in advance to cooperate with coach Papszun – says Mioduski.

– First of all, let’s start with the most important. Sorry for that place in the table where we are. This situation should never have happened. I understand the bitterness of the fans. I also feel angry and know that the situation requires not only diagnosis, but also decisive action that we take. At the same time, I would like to thank the entire community associated with our club for the words of support and fan attitude in these difficult moments for all of us. There are several reasons for the current crisis. I saw a stagnation in the team’s development since the match with Pogoń last season – says the president of Legia.

The complete message can be found here.

David Martin is the lead editor for Spark Chronicles. David has been working as a freelance journalist.
Previous Apple is withdrawing its products from Turkey
Next Shatterproof smartphone screens are getting closer? Ultra-hard diamond glass was created

Paulo Sousa will fly to Poland next week. The coach of the Polish national team …