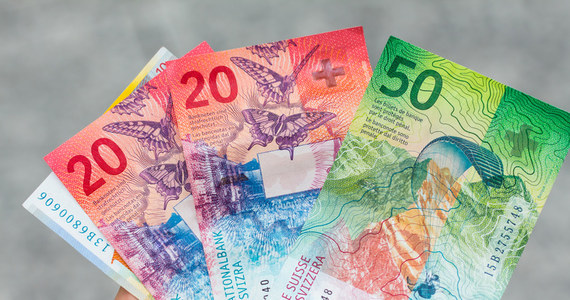 In October, the European Commission issued an implementing regulation, which states that from January 1, 2022, the SARON compound rate will replace the CHF LIBOR rate in every contract and financial instrument in the EU. These rates are used to calculate the interest rate on the loan.

Beata Sołowicz submitted a complaint to the Court of Justice of the EU against this regulation. As Mariusz Korpalski, legal adviser representing her, said at a press conference on this matter, the complaint was filed under the treaty, as every EU citizen who is the subject of an EU law may submit a complaint to the CJEU within 2 months of its publication.

According to Korpalski, the complaint is based on three observations. Firstly – he referred – the regulation constitutes “an unprecedented interference in the binding contracts”, despite the fact that so far in the discussion on the statutory solution to the problem of Swiss franc loans, opinions dominated that contracts for such loans could not be modified by law.

“Secondly, the question is how this SARON will behave, because the EC declares that it will make every effort to ensure that its quotations do not deviate from the LIBOR quotations, but the methodology is completely different, LIBOR was future-oriented, and in the case of SARON, the data will be taken from the past. The formula for its calculation is extremely complicated. The consumer is not able to check whether SARON’s calculations are correct “- described Korpalski.

Thirdly – as he said – the declarations in the preamble to the EC regulation indicate that the Commission took into account the interests of the banking sector only, because there are references to loss avoidance by banks and the functioning of financial markets. “There is no question of consumer losses, or consultation with consumers, or the functioning of the social market economy,” he emphasized.

Moreover, he added, the legislative delegation for the European Commission includes agreements “that were concluded after 2017 or 2018, while the problem with LIBOR for the Swiss franc is in the agreements concluded in 1999-2012”.

“We consider presenting this regulation in the preamble as resolving or meeting the expectations of financial markets and presenting in the media that it is a solution for contracts in an earlier period as a misunderstanding” – he assessed.

Beata Sołowicz emphasized that she “checked her contract many times” and it follows from it that any changes can only be made by means of an annex. “Suddenly, the EC changes my contract. (…) I was left with no choice,” she said.

She pointed out that although the behavior of LIBOR and SARON is similar so far, it is not known what the situation will look like in the long run. “This raises my reasonable doubts, because when I took a loan in 2009, when the franc was at the level of PLN 3.11, the bank convinced me that this is a historically high level and the franc can only lower the value” – said Sołowicz, explaining that it was not trusts claims that SARON will behave like LIBOR in the long term.

Arkadiusz Szcześniak, the president of the Stop Banking Law Association, also emphasized that the work on the draft law on Swiss franc loans, which lasted several years, was accompanied by the opinions of lawyers or even the Supreme Court that “this problem cannot be solved in a statutory manner, because you cannot interfere with these contracts. “. He pointed out that if such a solution was possible, one should ask why the European Commission had not already resolved the problem of abusive clauses in Swiss franc contracts in an analogous way before.

As he said, his association raised comments to the regulation that agreements with LIBOR may only be changed by annexes, and the change in this form will only introduce a mess in Polish law and court judgments.

“All these problems, and probably the same will be true with zloty loans, result from the fact that in Poland we hardly have mortgage loans with a fixed interest rate, and if they are, this rate is so high that customers are discouraged from this solution. a variable rate, the bank has some decision-making as to how much our loan will cost in the future, and we never know it on the day the contract is signed. In civilized countries, where the financial market operates according to rules transparent to the customer, the cost of the loan can be predicted for 10 years . There are also no additional fees, which we have a lot of. As a result, we later have cases in courts “- emphasized Szcześniak.

According to the EC regulation, CHF LIBOR rates for 1,3,6,12 months will be replaced by the 1- or 3-month SARON rate, adjusted for the spread.

The regulation was issued because the Financial Conduct Authority (FCA) announced the discontinuation of certain LIBOR benchmarks, including CHF LIBOR, at the end of 2021. At the end of 2020, over 410,000 households in Poland had mortgage contracts with a reference to the CHF LIBOR rate.

The variety offered by video games never ceases to amaze him. He loves OutRun's drifting as well as the contemplative walks of Dear Esther. Immersing himself in other worlds is an incomparable feeling for him: he understood it by playing for the first time in Shenmue.
Previous Uncharted: Legacy of Thieves Collection is coming soon to PS5 and PC. Game rated in the USA
Next The handball world championship. Here is the Polish team