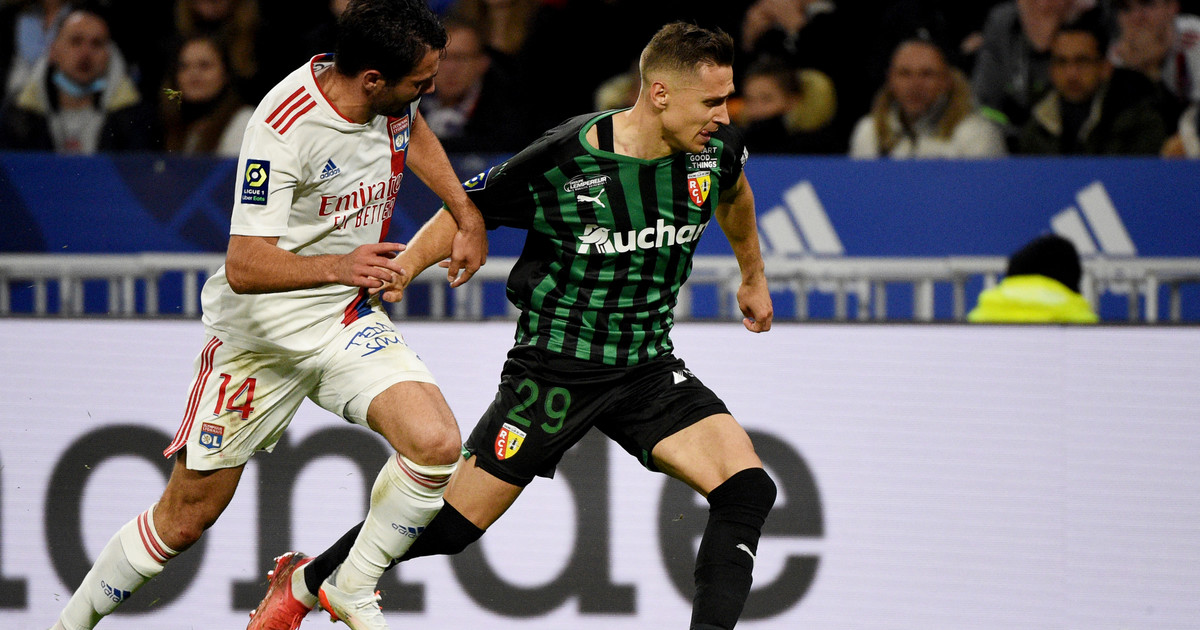 He scored the winning goal in the derby against Lille (1-0), he also hit the net in the win against Olympique Marseille (3: 2), he had an assist in the match against Monaco (2: 0) – important matches this season serve both Przemysław Frankowski and the whole RC Lens. Now, however, the Pole and his colleagues face the most difficult task – the clash with Paris Saint-Germain.

Frankowski will face Lionel Messi and Kylian Mbappe. A big celebration is brewing in Lens. All tickets for the 38,000th Stade Felix-Bollaert have been sold, with the exception of a thousand tickets for the sector for Parisians, which, however, is to remain empty, as visiting fans will not be admitted.

In this situation, local horses sell tickets, prices reach two thousand euros for four tickets. Lens is a region extremely in love with football, in a small town it has been one of the highest attendances in the league for decades. A year ago, the local team defeated the Parisians at their own stadium, but due to the pandemic, only 3800 fans could sit in the stands. The other fans were able to see the sheikhs’ team for the last time seven years ago, because then their club was relegated from the league and only a year ago returned to it.

In terms of sports, however, this is not the best time for this confrontation. Lens lost momentum which it impressed at the beginning of the season. In the last three matches with not the strongest rivals, it scored only two points and fell to fifth place, and was even a runner-up.

They lost as many as eight goals in them, 22 since the beginning of the season, as many as eight teams can boast a tighter defense. – Of course, this is a problem, but as a team. We have to be more solid. But you are looking at the last three matches, and I am looking at the twenty months that I like – this is how coach Franck Haise responded to journalists’ accusations that the team was doing worse.

Lens can, however, impress with 29 goals, in the league it is second only to PSG and Strasbourg. One of the most important characters in the offensive game is left swing player Frankowski, who has already scored four goals in Ligue 1 and had four assists. In the Canadian club scoring, he is second only to right shuttle Jonathan Claus, who scored two goals, but as many as seven were scored after his passes. By the way, next to Kylian Mbappe, he is the best in the league in this respect.

What’s up with Messi?

This season, the Pole has a better balance than Messi, even counting all the games, although the Argentine plays not only in Ligue 1, but also in the Champions League. The Argentine scored the same number of goals, but had one less assist. In the Polish backyard, his achievements include goals and three assists.

All the passes, which resulted in goals, were recorded on Sunday against Saint-Etienne (3: 1). On Monday he picked up the Golden Ball, and on Wednesday he played another weak match against Nice (0-0). – It’s a question of effectiveness. He has always scored a lot of goals and it is only a matter of time before he starts to do so, said coach Mauricio Pochettino.

The problem, however, is deeper. Messi’s stats are all weak. In his last six league games, he had one shot on target, and this season he is also making less successful dribbles (on average 3.8, compared to 7.8 in the previous season). “L’Equipe” and “Le Parisien” rated him 3 on a scale of 1-10 for the game against Nice.

Frankowski will play against him and Mbappe, but not all the stars of Paris will have the opportunity to face it. Neymar and Sergio Ramos will be missing. The Spaniard played his first game of the season against Saint-Etienne and is now injured again.

David Martin is the lead editor for Spark Chronicles. David has been working as a freelance journalist.
Previous Call of Duty loses testers; Activision Blizzard will be missing from The Game Awards 2021
Next Classic versions of the GTA trilogy for free for owners of The Definitive Edition