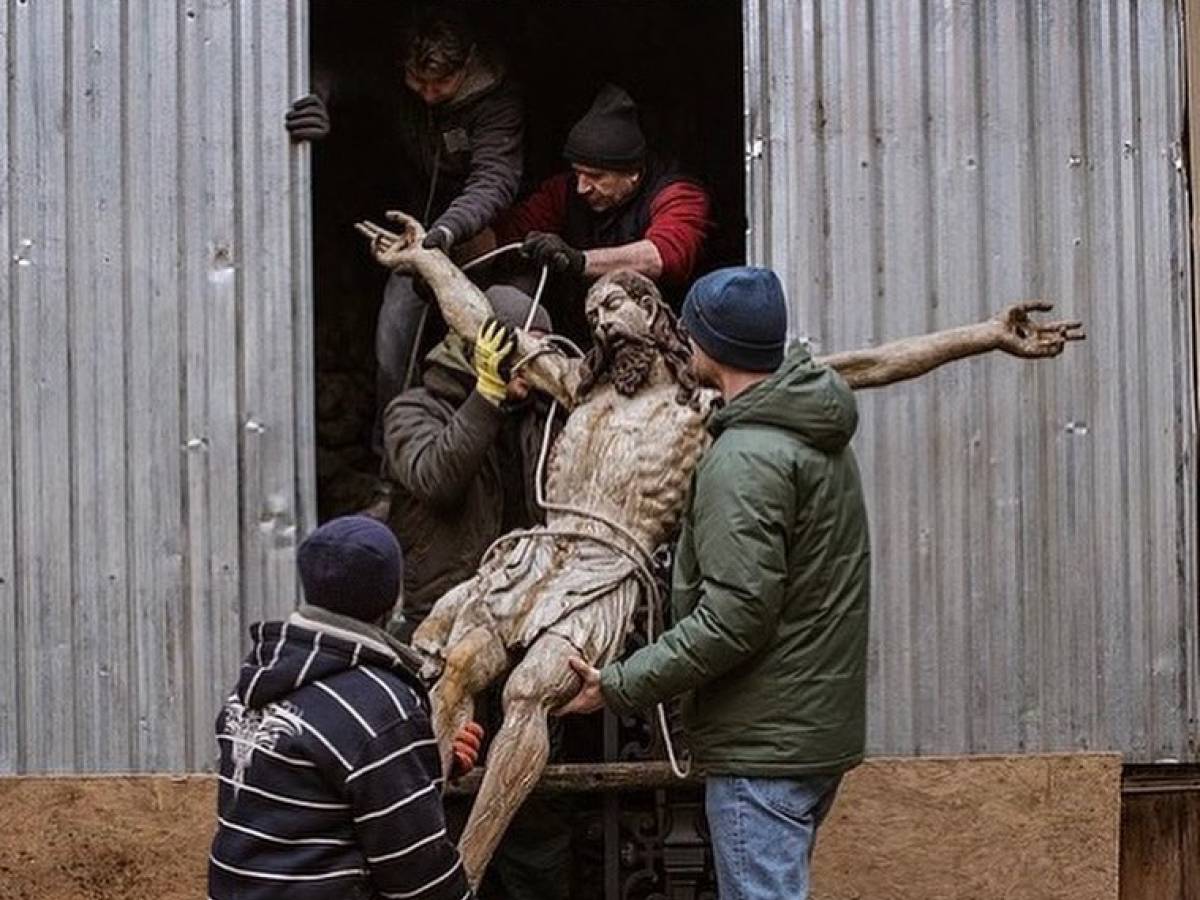 “Like in World War II”. What happens to the Crucifix

The shot posted by the Portuguese freelance photographer André Luís Alves is going around the web, in which the moment in which the statue representing Jesus Christ on the cross is removed from the Armenian cathedral of Lviv to be moved inside a bunker.

Tim Le Berre, expert of the French army in the protection of cultural and artistic heritage in war zones, wanted to remember on his profile Twitter that the last time such an event happened to the aforementioned statue with the aim of preserving it from damage was during the Second World War.

The director of the department for the protection of historical heritage of Lviv confirms to the local press that other works of art have already been secured, following a precise protection procedure: “We are wrapping the sculptures with fireproof sheets, glass wool, a special aluminum, and then we put them inside bags”. An intervention, obviously preventive, still explains the same Lilia Onyschenkoas reported by The Courier: “This does not save the statues if they are hit directly, but if there is a powerful shock wave they will not break into a thousand pieces. However, it is not always possible to dismantle these monuments, because some are very large”.

The image distributed via the web by André Luís Alves was reposted and then shared on Facebook also by the political scientist Gagik Hambaryanwho wanted to remember that the Armenian cathedral of Lviv is among the “oldest and most luxurious churches in Western Europe”. The statue extracted from the religious building, as reported by Hambaryan, would be venerated not only by the followers of the Armenian Apostolic Church but by other Christian religious confessions.

The Christ moved into the bunker is part of a medieval iconostasis, a dividing structure generally adorned with “sacred images” usually interposed between the presbytery and the aisles in some ancient Christian basilicas, generally of the Eastern rite.

Jesus Christ statue being taken out of Armenian Cathedral of Lviv, Ukraine, to be stored in a bunker for protection. The last time it was taken out was during WWII. pic.twitter.com/vjWxa00ecW

He likes dogs, pizza and popcorn. Already a fanboy of Nintendo and Sony, but today throws anything. He has collaborated on sites and magazines such as GameBlast, Nintendo World, Hero and Portal Pop, but today is dedicated exclusively to Spark Chronicles.
Previous Napoli-Milan 3-0: Rossoneri thud, now the race for the playoffs gets complicated
Next here is the foolproof method they all use –