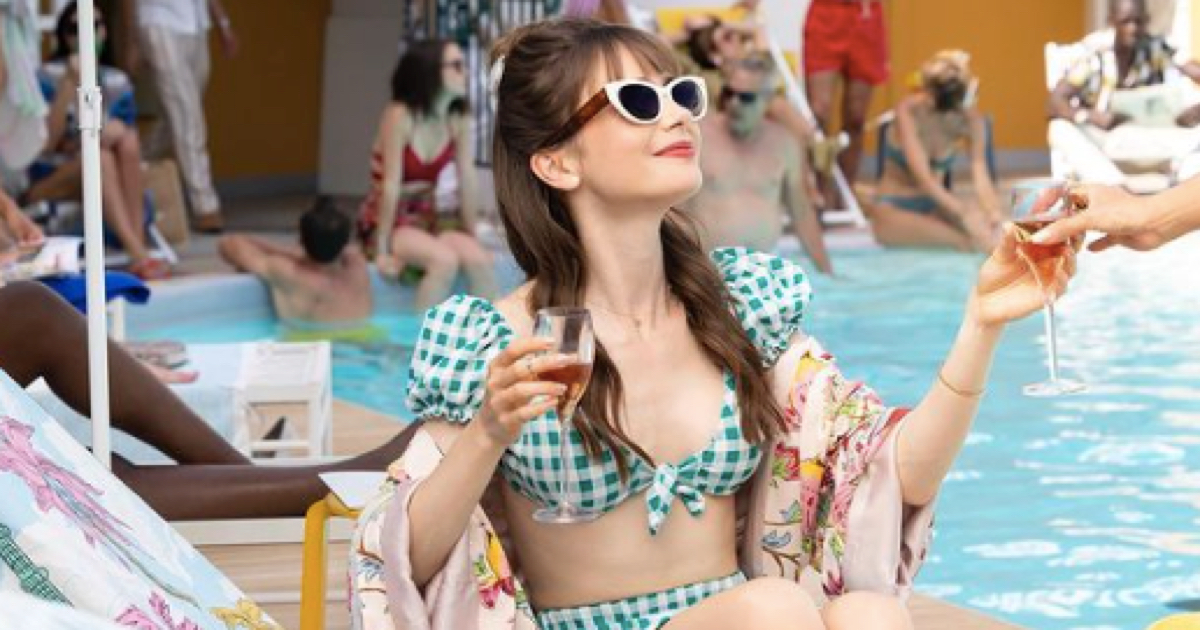 Lily Collins on the roof of the world. And to put it was none other than Time. The magazine put the star on the list Time 100 Next 2022. A list of emerging personalities around the world who are shaping the future and defining the next generation of leadership.

A list that accompanies the most famous Time 100. And for which already affirmed personalities are also involved to compile a card on the 100 characters on the list. Writing about Lily Collins was Darren Star, creator of Emily in Paris, successful Netflix series that catapulted the actress into the Olympus of celebrities. And that earned her a spot in the Time 100 Next of the year. 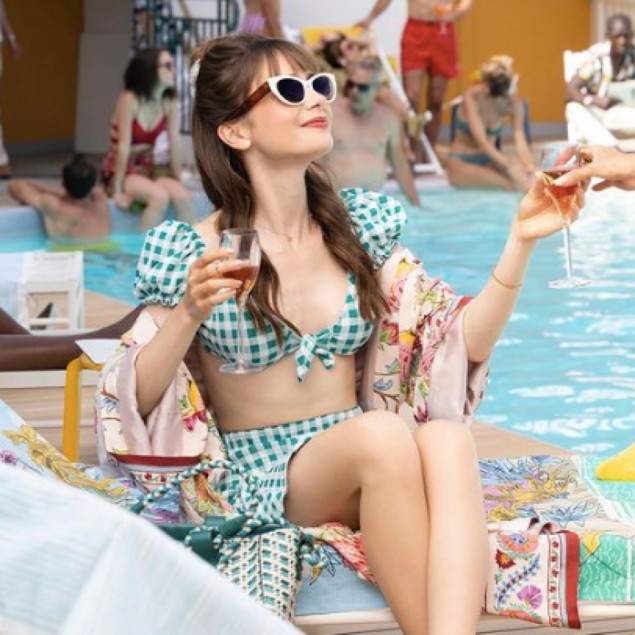 “Wow I’m really honored,” wrote the actress on Instagram, sharing the great news with her 26.8 million followers. “What a special gift this is,” she added. Thanking Darren Star for the beautiful words he used for her in the motivation for choosing her. The producer praised Lily’s work in Emily in Paris. “What the audience is really drawn to is the essence of Lily Collins. Her smile can light up a room or a screen. Her warmth envelops everyone »wrote Star.

Pointing out: «Romantic comedy is a lot more difficult than it looks, but Lily makes it look simple“. How? With a surprising mix of right attitude, work and positive spirit. “It really sets a wonderful tone to the show and makes it a dream to work in. And Lily’s joy, hers je ne sais quoijump from the boulevards of Paris to the hearts of audiences around the world“. Words that say a lot about why Lily alias Emliy was included in the Time list. List in which Jennette McCurdy, Trinity Rodman, Elizabeth Wathuti, Hannah Davis also appear. And, again, Rancia Márquez Mina, Annalena Baerbock, Ayo Edebiri, Ifeoma Ozoma, Simone Ashley and many others. 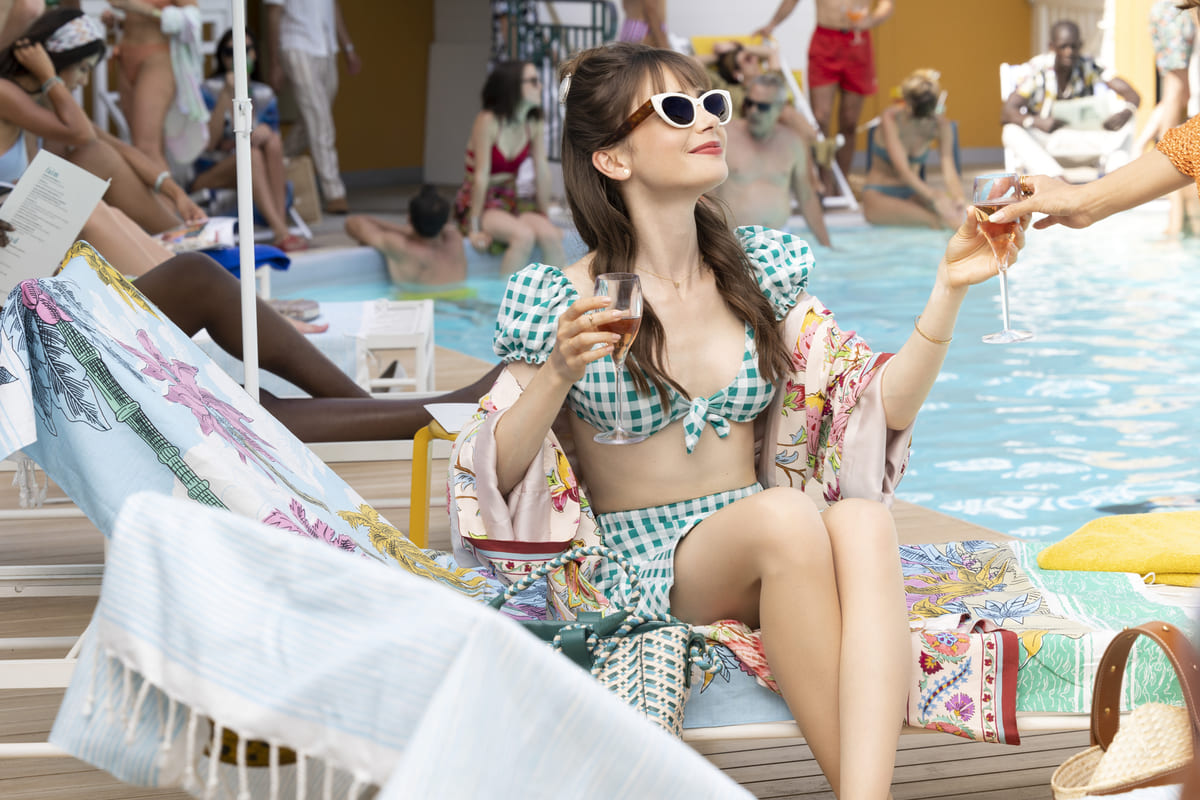 The first images and the trailer of Emily in Paris 3, which arrives on Netflix on December 21, 2022

After all, since the American Emily Cooper arrived in Paris she has literally bewitched everyone. The first two seasons have been so successful that they promise one third series, which will arrive on December 21st, and then a fourth. The looks and style of the protagonist, then, are highly imitated. Parisian clothing complete with bows, hats and bright glasses is back on the fashion scene. Thanks to Lily Collins and the character she plays. And that she particularly loves. “Get ready for new looks, new locations, new love triangles …” she wrote on Instagram presenting the third season. “Merci France for being a home away from home. I’m so proud of this cast and crew and can’t wait for all of you to see what our girl Emily is up to! Get ready for another wild ride… ».

The rebirth of Lily Collins

For the actress, daughter of art, it is really the time to enjoy the success achieved. The painful years of the past are long gone. The eating problems she suffered from are just a bad memory. Peace also made with the famous dad Phil Collins. With the musician Lily she had a troubled relationship due to her many absences around the world with her tours. Over the years Lily has understood. And she got closer and closer to her famous dad.

“I can no longer hold you in my arms or sit comfortably on your shoulders, but you keep hugging me when I need it most»Wrote the actress on Instagram in February. For the birthday of her father, in fact, Lily dedicated a really moving post to him. “I will always be grateful for the moments and memories we share. Especially the ones that I now love as an adult too. Thank you for inspiring and helping me to become the woman I am today. I love you to the moon and back…“. Words that contain a hint of that romance that we love so much in Emily too.

David Martin is the lead editor for Spark Chronicles. David has been working as a freelance journalist.
Previous Giorgia Meloni announces her fight against tax evasion. For a change, we start with an amnesty
Next Juve chooses: 6 million salary, Milan mocked – CalciomercatoWeb.it

The process between Johnny Depp and Amber Heard will it end up on television soon? …