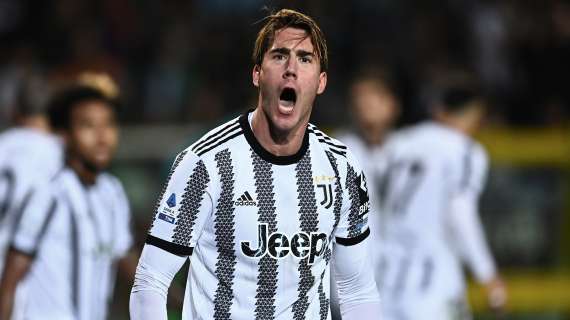 LIVE TJ – Excluding injuries for Vlahovic. Nothing to worry about for Alex Sandro. Allegri and Cherubini in Vinovo to evaluate Chiesa. Unloading work for those who played yesterday

19:24 – NO INJURY FOR VLAHOVIC – The first checks carried out by Dusan Vlahovic – reports Sky Sport – excluded thigh injuries and the player should be regularly available for the match against Lecce. Alex Sandro also went to JMedical to understand the extent of the hip discomfort. For him it would be nothing to worry about and he should be there for Saturday’s race. While Massimiliano Allegri, this afternoon, left the Continassa to go with Federico Cherubini to Vinovo. Both went to the Vinovo JTC to attend the training Federico Chiesa did with the Next Gen.

17:58 – TRAINING ENDED – Juventus, through its official website, provided the details of today’s session: “Juve returned from Lisbon in the early afternoon.

The team returned to Continassa, where they had a training session: in detail, unloading as always in the post-match for those who were most stressed yesterday, aerobic work on the pitch for the rest of the group.

Tomorrow we return to the field in the morning, less than two before the match in Lecce, which will be directed by Chiffi, assisted by Mondin and Affatato, fourth official Marchetti, VAR Fabbri, AVAR Del Giovane “, we read on Juventus.com.

12:29 – JUVE WAITING IN THE FIRST AFTERNOON IN TURIN – Juventus will return to Turin in the early afternoon to start preparing for the match against Lecce. In view of this match, the conditions of Dusan Vlahovic will be evaluated.

David Martin is the lead editor for Spark Chronicles. David has been working as a freelance journalist.
Previous Compensation for customers with variable rate mortgages: the ruling
Next Government: Meloni replies to the Senate. ‘Cutting the tax wedge up to 5 points’ – Politics