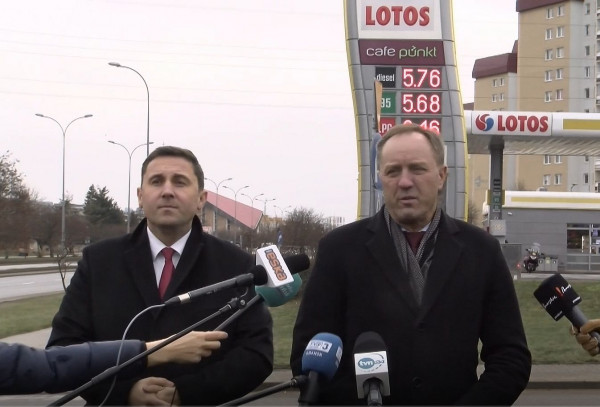 Piotr Borawski, vice-president of Gdańsk, and Mieczysław Struk, marshal of the Pomeranian Voivodeship, commented on the issue of taking over the assets of Grupa Lotos by external entities during the conference.

Pomeranian local government officials are afraid of the loss of attractive jobs, considerable budget revenues and the takeover of part of Lotos’s assets by Russian oil companies. The issues related to the takeover of Grupa Lotos by PKN Orlen were discussed at a press briefing by: Mieczysław Struk, Marshal of the Pomeranian Voivodeship, and Piotr Borawski, Deputy Mayor of Gdańsk. The trade unions operating in the Lotos Group are also concerned. On Friday, the Minister of State Assets Jacek Sasin, Prime Minister Mateusz Morawiecki and the head of Law and Justice Jarosław Kaczyński is to receive a letter from trade unionists.

– It is with great regret and bitterness that we have received the news that the Lotos brand will disappear from the map of Pomerania. In 1970, the decision to build the Gdańsk Refinery was adopted, and after 30 years the Lotos brand was born, so strongly associated with Pomerania and Gdańsk itself. Investments have been carried out over the years and today we can say that it is a very modern company – said the Marshal of the Pomeranian Voivodeship Mieczysław Struk. – When the European Commission defined the conditions for the merger of Lotos with Orlen, we hoped that Poland would not agree to them. However, this will not be the case. It will disappear 417 stations with a lotus sign. Other assets of Grupa Lotos will also be sold. For many years we have tried to counteract such actions also under the rule of the PO-PSL.

Losses for the region from taxes and jobs

According to Marshal Struk, the merger of Lotos with Orlen will result in the liquidation of some attractive jobs and the region losing significant budget revenues. In 2019, over PLN 70 million, and in 2020 over PLN 30 million.

– There is also a fear that some of Lotos’s assets may fall under the control of Russian fuel companies in the future, said Struk. – We are concerned about the processes that are to take place in the coming months.

– In the announcement of the Orlen management board, it was mentioned that Lotos and Orlen would merge. However, there is no question of any merger here, only the fragmentation of the Lotos Group’s assets and selling them to individual entities from Saudi Arabia and Hungary, and we are also concerned that the Russian owner may also be indirectly behind it – said Piotr Borawski, vice president of Gdańsk. – The transaction is due to politics only, not economic indicators. We are losing one of the largest enterprises in our city, which was the patron of many sports, cultural and social events.

Lotos assures that there will be no job cuts

– The statements of the marshal and the president are based on unjustified fears and speculations repeated by opponents of building a strong multi-energy concern. We have been repeating for many months now that there is no question of collective redundancies. On the contrary, the merger with PKN Orlen will bring new development opportunities in the created competence centers, both for employees and for the entire region. This is Gdańsk, incl. thanks to its modern refinery, it will become a very important point on the map of the combined entity. Nobody is talking about limiting involvement in social, cultural and sports activities in Pomerania. I would like to strongly emphasize that we do not agree to use the economic process for political purposes, in a way that is intended to arouse fear or a sense of insecurity among our employees and also the inhabitants of the region. We are ready and open to a specific, honest discussion, to which we encourage both parliamentarians and local government officials – said the person present at the conference Adam Kasprzyk, spokesman for Grupa Lotos.

Trade unions are fighting for the guarantee package

Trade unions operating in the companies of the Lotos Group are concerned. Some trade unions did not sign a guarantee package for the employees of companies leaving the Lotos Capital Group after the merger, i.e. companies: Lotos Paliwa, Lotos Infrastruktura, Lotos Terminale, RCEkoenergia, Lotos Biofaliwa, Lotos-Air BP Polska and the southern branches of the company Lotos Asphalt. However, the management board of Lotos claims that the process of negotiating the guarantees has been completed. Negotiations regarding guarantees for Grupa Lotos employees who remain in Lotos after the merger with PKN Orlen are also ongoing.

Lotos-Orlen merger. A storm around the social contract with Solidarity

– It is glaring for us, as representatives of employees, to date omitting the guarantees of employees remaining in Grupa Lotos SA, Lotos Asfalt, Lab, Lotos Kolej, Lotos Ochrony, Lotos Oil, Lotos Serwis, Lotos Straż and Lotos Petrobaltic, that is, most of the current employees of the Capital Group – write the trade unions. – We do not know how long the Grupa Lotos company will be in legal transactions and to whom it will be possible to blame for violating the provisions. Declarations about building a strong integrated concern without presenting any details about the planned or already prepared development projects, and the indication of only generalities (and this happens more than 46 months after the start of the preparation of this process), arouses our particular surprise and disapproval.

The variety offered by video games never ceases to amaze him. He loves OutRun's drifting as well as the contemplative walks of Dear Esther. Immersing himself in other worlds is an incomparable feeling for him: he understood it by playing for the first time in Shenmue.
Previous Redmi Note 11S is coming to Poland! A camera worthy of a flagship
Next Napoli – Fiorentina: What time today? Where to watch? Broadcast on TV and online 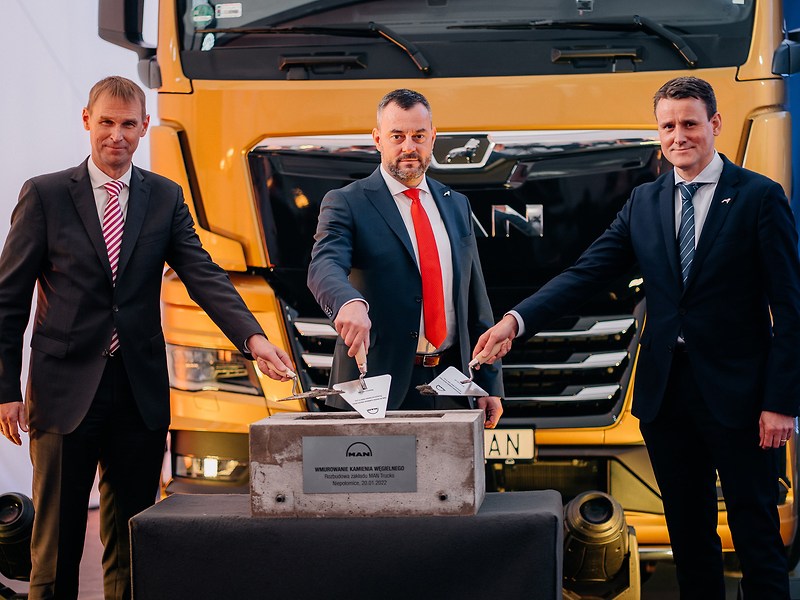 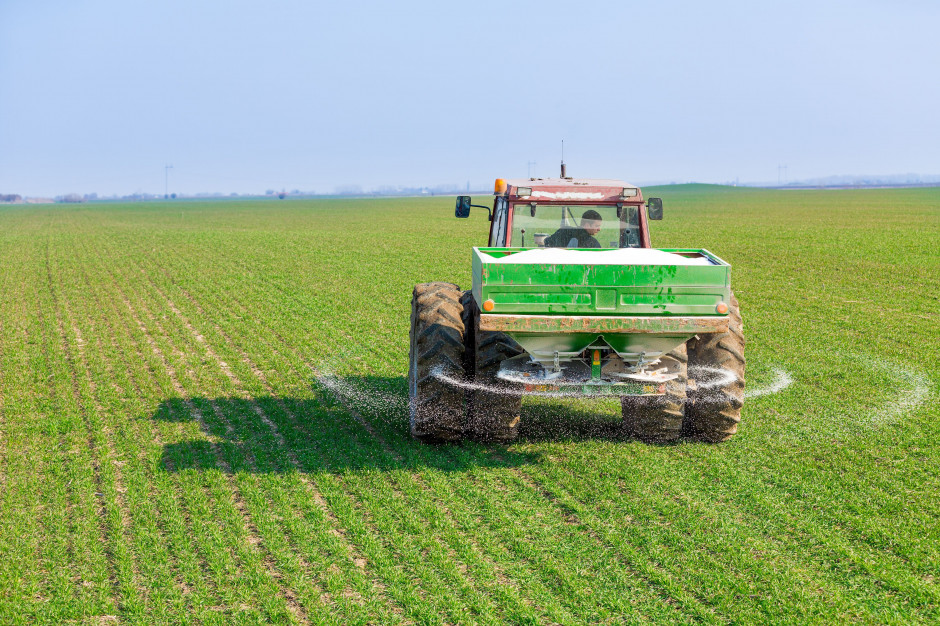