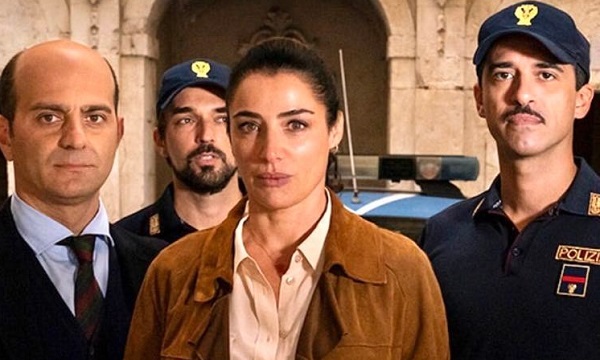 Lolita Lobosco, over 6 million with Luisa Ranieri and Nunzia Schiano

Lolita Lobosco, success on tv. These are the ratings of yesterday Sunday 8 January 2023. Rai 1: the investigations of Lolita Lobosco, the second season of the Italian television series inspired by the homonymous series of novels by Gabriella Genisi starring Luisa Ranieri has glued to the TV 6,070,000 spectators with a 33.5% share.

Nine: Little Big Italy, the challenge of “made in Italy” in the world with Francesco Panella travels to discover Italian restaurants abroad was accompanied by 352,000 spectators for a 2% share.

Luisa Ranieri and Nunzia Schiano in the cast

The fiction of the same name has the Neapolitan actress as the protagonist Luisa Ranieri in the role of deputy commissioner of the police station in Bari. Six new intricate cases that will intersect with the daily life of the woman, at the head of a team made up of only men. The actress from Portici is also in the cast Nunzia Schiano in the role of Andreina, back from the success of Filumena Marturano. Nunzia Schiano played Rosalia Solimene, the confidante of Filumena Marturano, one of the best known and most represented Italian comedies by Eduardo De Filippo.

David Martin is the lead editor for Spark Chronicles. David has been working as a freelance journalist.
Previous Zendaya in shirt (9), Kristen Stewart in shorts (4), the most beautiful is Nicole Kidman (10)
Next One fine morning, the trailer for the new film with Lea Seydoux. VIDEO