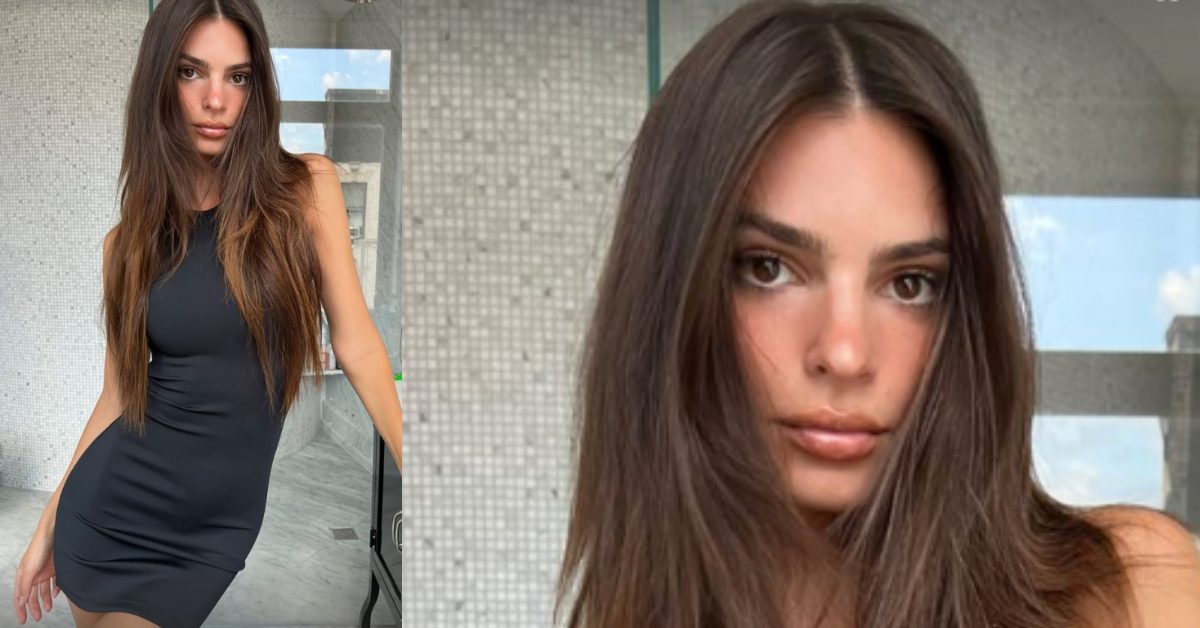 Emily Ratajkowski changes her look. As rumors about her marriage break up, she debuts on Instagram with extra long extensions.

Emily Ratajkowski start again from the hair. The model has decided to change her image and revolutionize her appearance a bit. It is said that she is always a trip to the hairdresser, the first step to a new life. Perhaps in her case it is really like that. The 31-year-old is in a delicate moment: in fact, her separation from her husband Sebastian Bear-McClard seems to be underway. The producer would be guilty of multiple betrayals. The two got married by surprise in 2018: a flash wedding, considering that they had been dating for just two weeks. In March 2021, the son Sylvester was born. Love and marriage seem to have come to an end and Ratajkowski, who apparently no longer carries the wedding ring on her finger, has well thought of change hair look.

The model debuted on Instagram with a new look, wearing a fitted, sleeveless black dress. The novelty concerns her hair: she applied extensions to lengthen them. Her brown hair is usually shorter than a few centimeters, reaching just below her shoulders. The new look comes at a delicate moment, in which gossip, rumors and speculations about her marriage are chasing each other. Official confirmations from those directly involved have not yet arrived. The famous model, however, revealed herself with a “like” under the Tweet of a user who wrote in defense of her, saying that she was credulous that she had been betrayed by her husband.

Perhaps the 31-year-old has decided to change her look to change her life, give her a new course, just like other colleagues did before her. Gigi Hadid she drastically switched to platinum blonde after splitting from Zayn Malik; far more extreme Camila Cabello who dyed her hair green after the Shawn Mendes breakup. In short, many have changed their look after ending a relationship. Emily Ratajkowski is neither the first nor the last.

David Martin is the lead editor for Spark Chronicles. David has been working as a freelance journalist.
Previous Idris Elba wants to return to the DC Universe to fight a specific hero
Next West Nile, in Italy 94 cases and 7 deaths. «Strong virus circulation especially in the north», here are the regions most at risk