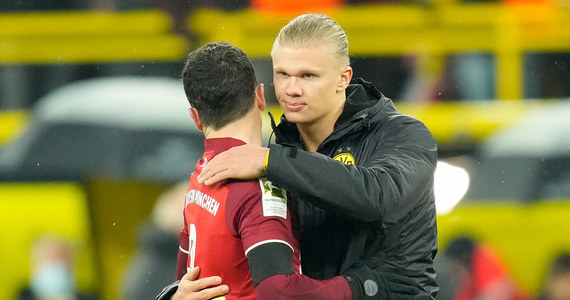 – We’ll see where the Norwegian lands. Of course, Real Madrid or the Premier League are attractive, but also Bayern, admitted the 1990 world champion.

According to him, the 33-year-old “Lewy” is the best in the world at the moment. bet instead on a horse called Erling Haaland, added the 60-year-old former German international.

Surrender is alien to a 21-year-old Norwegian, says Matthäus. – I also have such an observation that despite loud speculation about his future, he ignores it on the pitch. It’s not that obvious for a player his age, which is mentally strong, Matthäus said.

Lewandowski has been playing for Bayern since July 2014. He has won everything with the Bavarians. In 2021, he broke two goalscoring records by Gerd Müller – in the number of goals in one Bundesliga season (currently it is 41), and then in the calendar year (43). In both cases, the Pole scored one more goal than the deceased sniper. The Pole’s contract with Bayern is binding him until mid-2023.

Haaland, on the other hand, has been performing in Borussia Dortmund since January 2020. His contract is valid until mid-2024, but already in the middle of this year a clause that can be obtained for EUR 75 million enters into force.

Robert Lewandowski: I hope this situation will have a positive effect on us. VIDEO (Polsat Sport)
Polsat Sport

David Martin is the lead editor for Spark Chronicles. David has been working as a freelance journalist.
Previous Google and Facebook user data worth a fortune. Do they know too much about us?
Next USA. People laughed at the sight of his nose. The surgeon changed his life