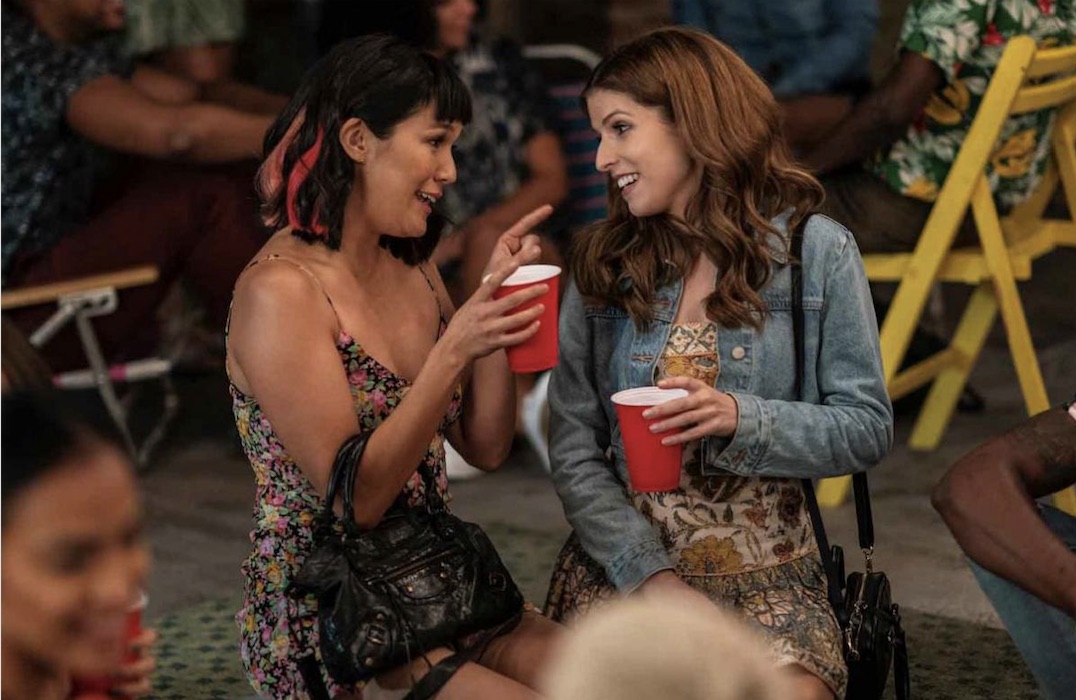 Love Life, the review of the tv series with Anna Kendrick

Llove told in 10 episodes. It is the structure of Love Life, HBO Max series of 2020 whose Season 1 is available on Netflix. Hero Anna Kendrick – actress nominated for an Academy Award for Best Supporting Actress for Between the clouds – together with Zoë Chao, Sacha Compère and Peter Vack.

“Every woman has the exact love life she wants”. It was 2005, and the line was pronounced by a charming Dermot Mulroney in The Wedding Date – Love has its price. Two decades later TV and cinema continue to explore the themeproviding more or less valid answers.

Love Life delves into the theme by exploring the love life of Darby Carter (Anna Kendrick). In the story of the protagonist’s relationships over a period of about fifteen years, he builds an all-round fresco of a generation with its doubts, its uncertainties and its fears.

Universal doubts and uncertainties, nowadays accentuated by some personal goals that are essential for the full realization of oneself. In the specific case, Darby’s affirmation at work, which will lead her to mature as a woman and achieve her balance. Not without having first passed through difficult sentimental tests, which risk seriously undermining its stability.

Here, then, the entry on the scene of Darby’s great loves, as well as the flirtations encountered on the way. In both cases, it is not a question of path errors, but of moments of growth. Each episode is dedicated to each of them and the narrative acts as a analysis not only of love in a broad sense, but also of the girl’s personality. If with Augie Jeong (Jin Ha) knows the disappointment following the twist of fate, with Bradley Field (Scoot McNairy) learn not to mix work with private life.

Again, from “Danny Two Phones” (Gus Halper) learn to keep subjects not perfectly balanced at a distance, and then fall into the clutches of Magnus Lund (Nick Thune)the man who will become her husband. A marriage that is anything but happy – mainly due to the incompatibility between the two – which comes to an end after a couple of years.

It will be thanks to the failure with Magnus that Darby will begin a deep journey of self-knowledge, which will lead her to face the ghosts of the past.

Between these, the difficult relationship with her mother Claudia (Hope Davis) and the conviction of not deserving the love of others. And since life is able to surprise at the most unexpected moment, in Darby’s present also the one who has played a fundamental role in the fortification of his insecurities peeps out.

The cast of the second season of “Love Life 2”. (Getty)

The past returns to fix the future

Luke Ducharme (John Gallagher Jr.), however, isn’t the only one returning. Darby’s path crosses again with Augie’s and now, years later and with an important amount of experience accumulated, he is able to establish an adult relationship, also thanks to psychotherapy.

In parallel, then, there is the relationship with the mother Claudia, but also with the best friend Sara (Zoë Chao). An entire episode is dedicated to both, in which it is in focus Darby’s growthbut also his need to always be there for the people he loves. A sort of need for recognition through the judgment of others.

And this is the stumbling block to face: accepting herself in order to be able to tear down the wall she has built over the years and let herself go for the first time. Discover, at a certain point in the journey, that the right person exists and that it has nothing to do with the expectations that have been created over the years.

Fireworks and bells have nothing to do with it. The lovethe true one, it has to do with sailing in a calm and calm seasometimes crossed by some waves, but nothing that can be wrecked.

“Darby didn’t know yet, but that was the man of his life”, the narrator suddenly says, ‘and he would have been for the rest of his days. (…) At this point, she would stop wondering if she was worthy of being loved and she would be completely open to her life. After all, it wasn’t just hers anymore“.

The story of motherhood

Yes why in Love Life Darby Carter’s love life serves as fil rouge to a story of the woman in a broader sense. There is professional fulfillment, her main goal that allows her to maintain clarity even in the most difficult moments. There is the parent-child relationship, which suddenly has to be gutted to overcome the clashes of adolescence. There is the friendship that is transformed, that changes over the years, but – if strong and true – it remains, despite everything. Finally, there is motherhood.

Darby finds herself being a mom alone, in New York, without anyone’s support. Not even the ex-partner. Through her story, the concrete problems of a woman who works and who has to deal with the difficulties of everyday life are staged. From feedings to a few hours of sleep, passing from lack of time for herself to fear of a life with an uncertain future.

And perhaps it is thanks to these difficulties and the shift in center of gravity that he finally learns to let go.

“Love Life 2” is on TimVision

The second season of the season Love Life it debuted in the United States last fall and has arrived in Italy in January 2022 on Tim Vision. For the second cycle of episodes – again 10 – the protagonist is Marcus Watkins, played by William Jackson Harper. Anna Kendrick appears as a guest star and also participates in the series as a producer.

Here love is told from the male point of view. The reversal of the series created by Sam Boyd is reminiscent of the narrative framework of Modern Lovewith the difference that in the series of Prime Video the protagonist changes with every single episode and not at the beginning of the season. In any case, the reconfirmation of a collective and constant interest in universal sentiment par excellence.

David Martin is the lead editor for Spark Chronicles. David has been working as a freelance journalist.
Previous Crosetto insults Conte: opposition to this policy needs a different agenda and language
Next The Juventus players now imagine the role of Anti-Napoli