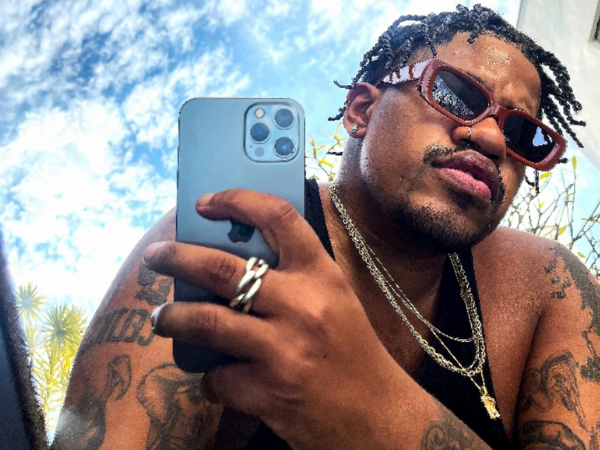 Luccas Carlos arrives with everything in “jovemCARLOS”, his debut album

This Friday (13), Luccas Carlos released his debut album, “jovemCARLOS”. In the 10 tracks, which include partnerships with Chris MC and the master Lulu Santos, the carioca demonstrates his versatility with references to samba, trap and garage.

The idea of ​​the record is to serve as a tribute to his influences and a celebration of his musical path, which brought him to this moment. The project had been in his head for some time, but he preferred to wait until he felt more mature and experienced to put it into practice.

“[‘jovemCarlos’] It has everything I’ve always seen in my life, it’s a little summarized on this record like Zeca Pagodinho, Fundo de Quintal, Kanye West, Chris Brown, a little bit of everything”, explains Carlos. “My garage influence comes a lot from my sister, who listened to this kind of music a lot. I think the guiding thread of the record is precisely my versatility of being able to exist in the midst of all these references that I bring without losing my face.”

Collaborations with Lulu Santos and Chris MC are on the tracks “option” and “more than that”, respectively. In addition to Luccas himself, the team of songwriters for the album also included Vitão, Gee Rocha, Pedro Dash, Pedro Breder, Nave, Go Daassisti, Douglas Moda, André Jordão, Willsbife, Lotto and Paiva (White Monkey).

Videogames entered his life in the late '80s, at the time of the first meeting with Super Mario Bros, and even today they make it a permanent part, after almost 30 years. Pros and defects: he manages to finish Super Mario Bros in less than 5 minutes but he has never finished Final Fight with a credit ... he's still trying.
Previous Bruce Weber, life and works of the famous Abercrombie photographer
Next How Fran Drescher’s dog changed her life after a terrible attack