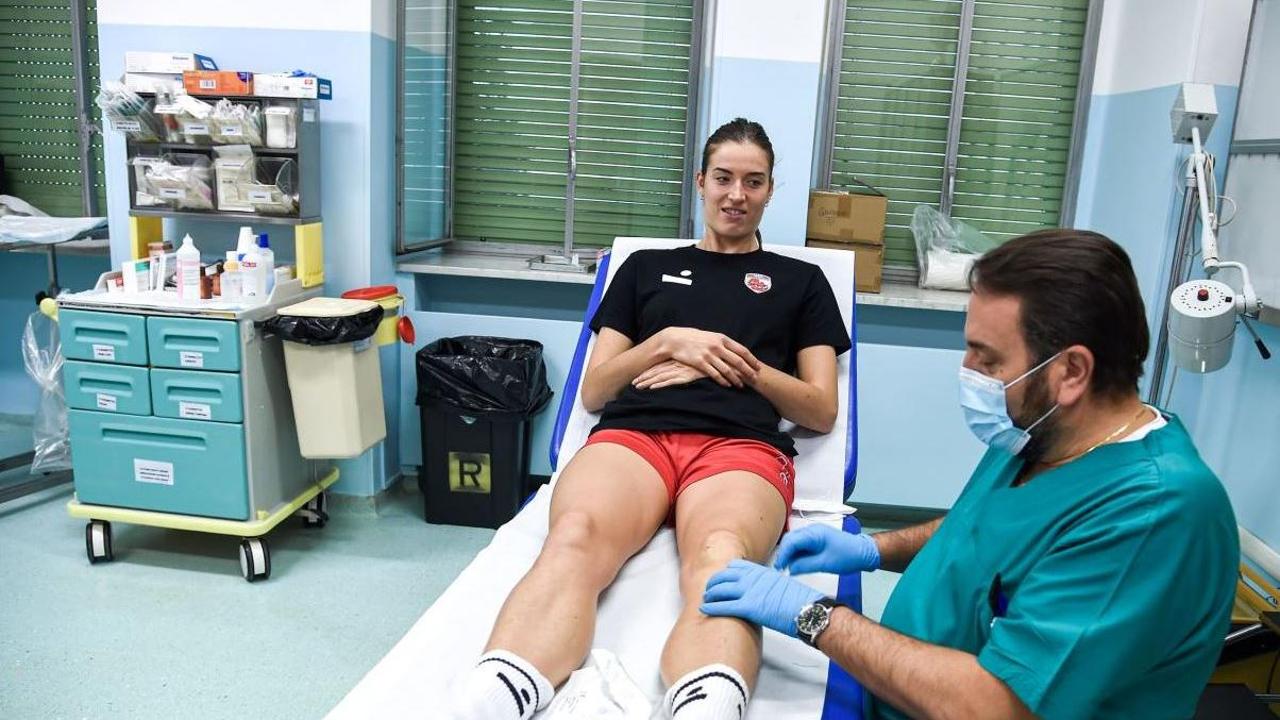 Lucille and gym work out after knee surgery

French, 189 centimeters tall, 25 years old on November 13, for everyone she is «Lulu». Lucille Gicquel, opposite of Cuneo Granda Volley, in the second red and white season, was forced to a stop before the start of the A1 championship. A situation inherited from the commitments in the national team in the summer that led to necessary investigations. Following clinical and instrumental examinations that had shown the rupture of the external meniscus of the left knee, in agreement with the company and staff, on 11 October the player underwent selective external arthroscopic meniscectomy. “The surgery, performed at the S. Croce e Carle hospital in Cuneo by Dr. Lucio Piovani, assisted by the team of the Orthopedics department – the company announced – was perfectly successful”. Lucille has thus already begun the rehabilitation program planned for returning to the field.

«Gicquel’s was a more complicated operation than the traditional intervention of the medial compartment – explains Francesco Zito, physiotherapist of the team interviewed eleven days after the operation -. Lucille is following the first part of the rehabilitation protocol in which she still has a protected load. We are working on the recovery of the range of motion and on muscle strengthening. The average of these interventions for the return to a competitive activity is around two months ». «I am pleased to continue this collaboration with Cuneo Granda Volley – adds Zito – which began in B2. We have come a long way together and I am happy to continue this commitment for the prevention, treatment and recovery of athletes at the Physiotherapy Center of Cuneo, a historical reference point for Piedmontese volleyball ». Good news also comes from Gicquel herself. «The checkup after eleven days performed by Dr. Piovani went well – she explains. The knee is deflated and he told me that the post-operative course is going as planned. In a month I will do a new check to get permission to go back to training with the team ».

Videogames entered his life in the late '80s, at the time of the first meeting with Super Mario Bros, and even today they make it a permanent part, after almost 30 years. Pros and defects: he manages to finish Super Mario Bros in less than 5 minutes but he has never finished Final Fight with a credit ... he's still trying.
Previous Yamaha XMAX 2023: more sportiness for the new 125 and 300 – News
Next pushes Simeone to take the ovation of the curve