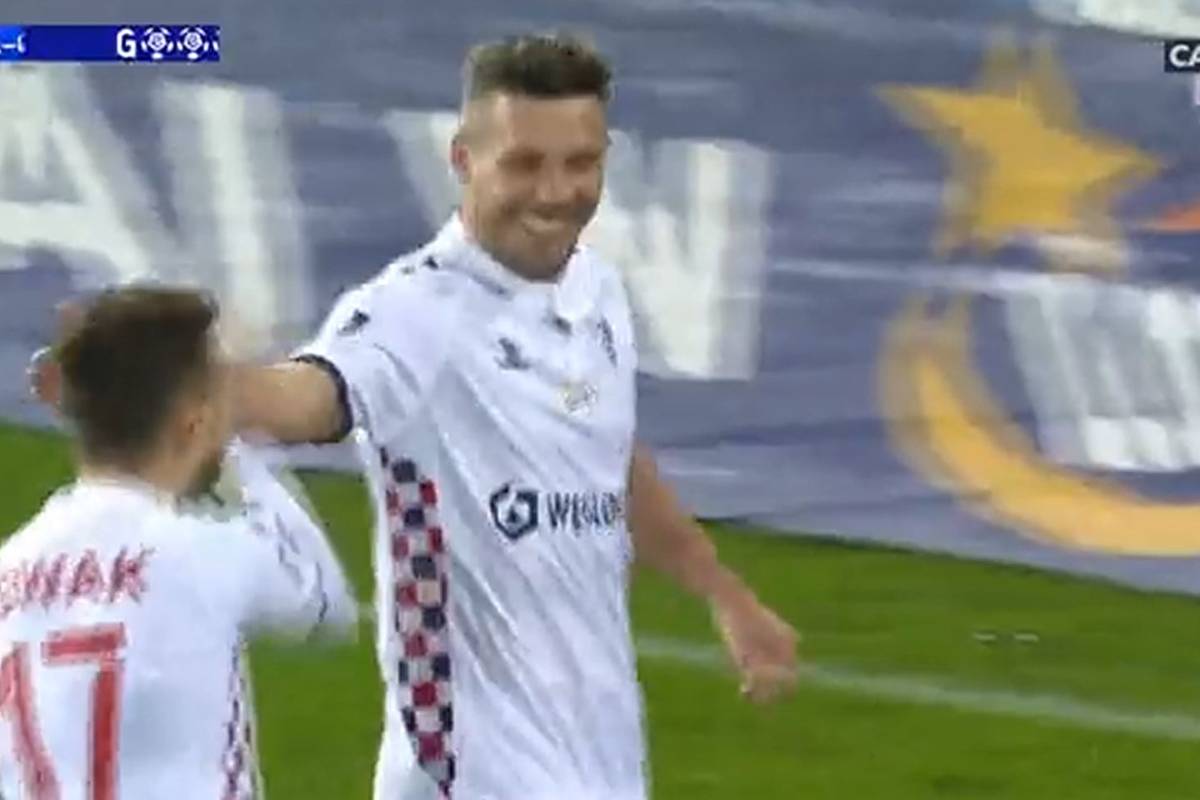 Lukas Podolski in his tenth game in PKO Ekstraklasa for the first time scored a goal in the colors of Górnik Zabrze. The former German representative placed the ball in the net in the first half of the match against Legia Warsaw.

There were high hopes for “Poldi” to come to Zabrze. The player who used to be the strength of the German team has so far been almost exclusively disappointing in Poland.

On the pitch, he was known primarily for his sharp fouls. On Sunday, however, Jan Urban placed Podolski in the first line-up for the match against Legia Warsaw.

The striker was close to entering the scorers’ list in the 24th minute. Then he roared with a half-volley, but Cezary Miszta was saved by the crossbar.

Erik Janża gave the hosts the lead in the 37th minute, but after a while also “Poldi” was happy with the coveted goal. It was he who raised the result to 2: 0.

The Legia goalkeeper then managed to defend the shot of Jesus Jimenez, but he bounced the ball straight ahead. Podolski only had to complete the formalities from the closest distance.

It was clear that Podolski would unblock with Legia.

He did so in his 10th league appearance after playing 690 minutes.#GORLEG

The meeting in Zabrze is still going on. In the second half, Legia started to make up for the losses. Now it’s 2: 2. Mateusz Wieteska hit the net, and Grzegorz Sandomierski made a fatal mistake after Ernest Muci’s shot.

David Martin is the lead editor for Spark Chronicles. David has been working as a freelance journalist.
Previous Queen Elizabeth II reminds us of the teachings of Christ
Next Difficulties for the unvaccinated at work. These countries have decided to do so