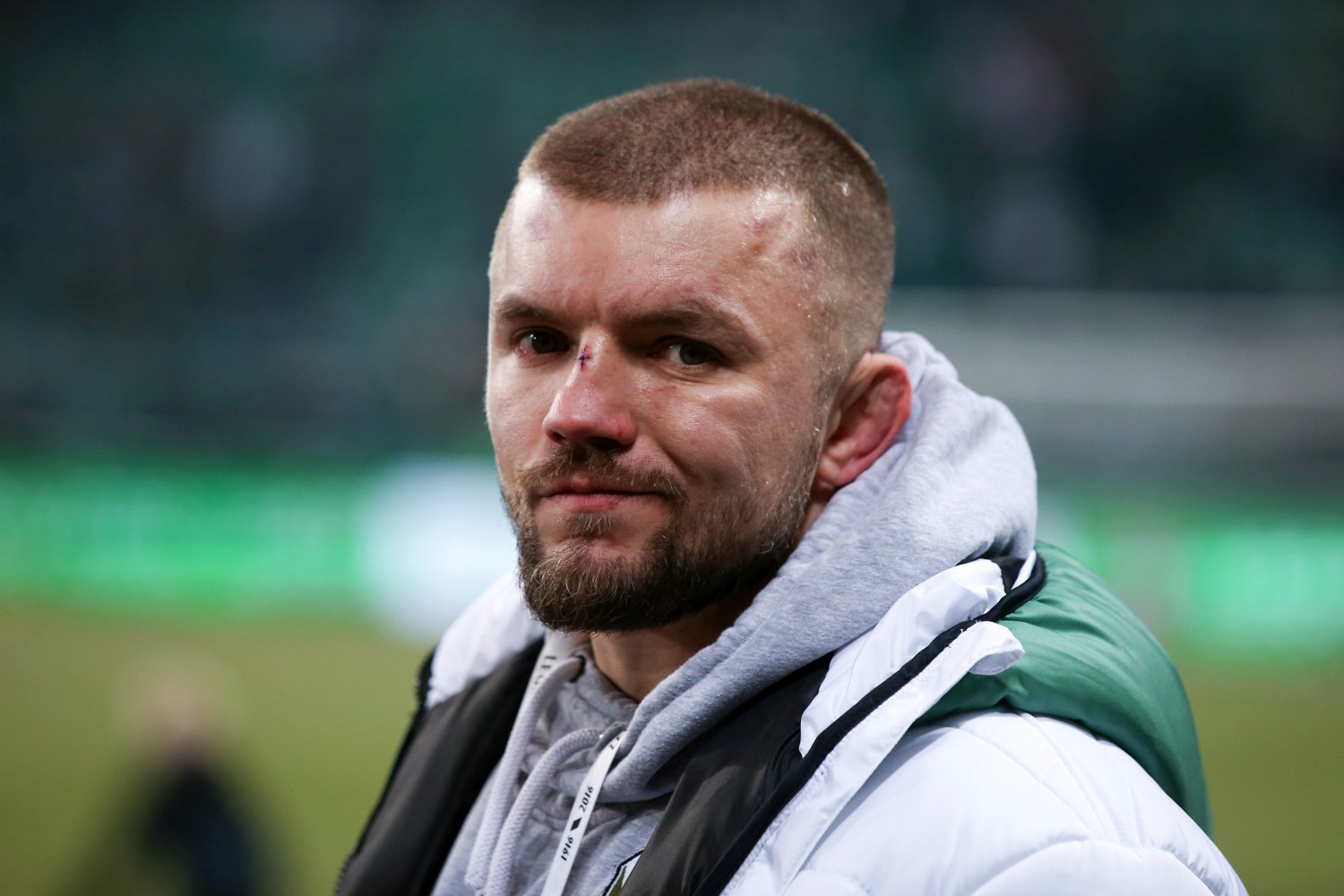 Łukasz “Juras” Jurkowski with a statement on Lukas Podolski. “Since I unleashed a shit, I will blast yesterday’s tweet about him …”

Łukasz Jurkowski, the announcer of Legia Warsaw, has recently responded to the entry of Lukas Podolski regarding the visit of “Military” fans in Zabrze during the match of the local Górnik. Now he expanded his thought by publishing a longer statement.

When the game won by the hosts 3-2 was over, the German footballer posted a photo on Twitter showing a banner of the visitors’ fans with the slogan: “Although in Zabrze it stinks and is poor, you have to go after Legia”.

He added a comment: “It’s nice that you were in Zabrze.”

The 36-year-old did not stop there and continued his activity in social media. This did not appeal to Łukasz Jurkowski, a well-known MMA fighter, as well as the announcer of “Military”.

“Hey Podolski, you are a retard. Unless you have no control over your SM account. By employing such a ram, you confirm my thesis “- wrote the MMA fighter, Legia fan and announcer, the popular” Juras “.

Soon after, he expanded on Instagram: “A world-class athlete should also be responsible outside the arena of competition. The lack of respect for the rival at the gutter level proves the lack of this class. Fearing about it as much as His folly. I don’t remember proposing something like that in Legia. The treats of the KSG win. EOT “.

Now Jurkowski has released the full statement, referring to the accompanying tension.

“As I unleashed a shit with yesterday’s tweet about Łukasz Podolski, I feel obliged to explain the topic to those who did not understand the intention.

A world-class athlete should also be responsible outside the arena of competition. The lack of respect for the rival at the gutter level, and such an entry appeared on the TT of the competitor proves the lack of this class. Fearing about these others shows that He is equal in folly. I have grown up some time ago from fan-related scuffles on the Internet. I don’t remember proposing something like that in Legia. I always speak with respect about my sports rivals and I treat fans with respect. Other clubs as well. I was honestly a fan of Podolski and the fact that he would play in Ekstraklasa. I’m not anymore. I value more than sports performance. If Mr. Podolski is offended, I apologize. If, however, he has at least a little reflection, he should also do it towards the players of the Legia. Sports rivals on the field. I don’t care about scuffles on the line with the fans. It will never change and that’s good, because it’s the color of our ball. I close the topic and do not come back to it. Does not make sense. I would like to remind me to insult me ​​that it does not make any impression on me, and in my free time I just clean up social media. The treats of the KSG win. Especially my friends from Silesia. The league is still playing and although we are in a sports ass at the moment, I will invariably defend the name of Legia Warszawa. I was born in Warsaw and raised at 3 Łazienkowska Street, ”he wrote.