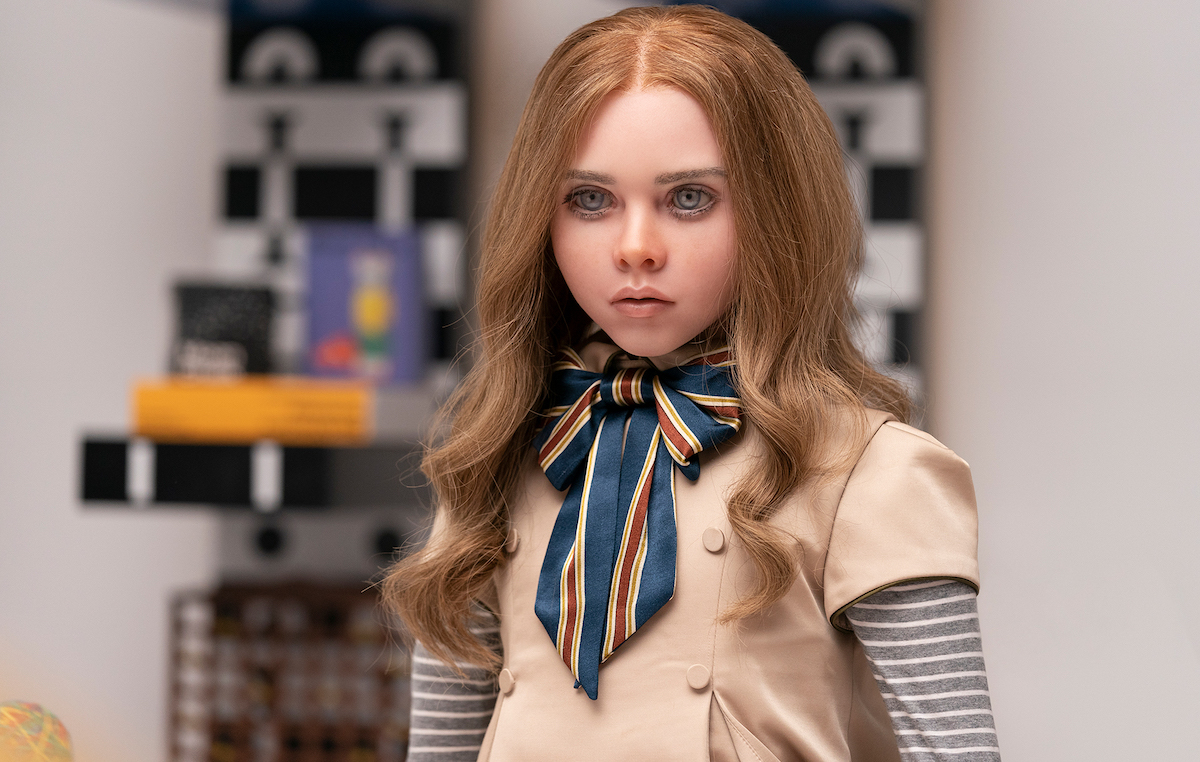 ‘M3GAN’, the little horror treat that nobody expected

Is there anything M3GAN can’t do? With its height of one meter and twenty, it is small but very powerful. When you forget to flush the toilet or wash your hands, she’ll be there to remind you. She can explain the science behind using a simple coaster and make sure you use it every time. Before you fall asleep, she can read you bedtime stories; during the day, however, she can record your memories and keep them forever. She can sing, dance and read your emotional states. She is designed to always know where you are. When you fall, she gets you back on your feet. What about when you are bullied? Well…

M3GAN – acronym for Model 3 Generative Android – is an almost life-size doll designed by Gemma (Allison Williams) to be every child’s best friend: a toy so beautiful that no other toys are needed. M3GANthe new film written by Akela Cooper (Malicious) and directed by Gerard Johnstone, is a very dark horror comedy about all the bad things that can happen when a doll like this is let loose in the world. Things are obviously going very badly, even if everything had started off just fine.

M3GAN is a prototype designed and coded by Gemma and two of her colleagues, Cole (Brian Jordan Alvarez) and Tess (Jen Van Epps), all employed at Funki, a toy company run by a dopey and domineering boss (Ronny Chieng). that only expects new models of pets in Artificial Intelligence version from them; Funki is in fact known for the Purrpetual Petz brand, i.e. four-legged friends capable of pooping on command. Instead, the three colleagues gamble and make the opposite: a more expensive, more complicated, more dangerous toy (even if this detail is not yet known to them) that can beat all the other toys. M3GAN, indeed. What starts out as a brilliant idea soon turns into a nightmare.

But, we repeat once again, it was obviously not designed to be a nightmare. One of the funniest things about M3GAN, aside from the bastard AI diva protagonist, is that it’s all a bad idea from the start. The M3GAN project is advanced very (too) quickly due to an episode concerning the life of Gemma herself. Her niece Cady (Violet McGraw) has just been suddenly orphaned, and Gemma has become her guardian. But the only form of motherhood that she thought she could “practice” is that of her towards her technological newborns, or rather the projects that she studies in her laboratory. M3GAN therefore seems the ideal solution: a sort of secondary parent (first alarm bell) for an aunt unable to manage the trauma of her niece (second bell), whose effectiveness rests on solid technological foundations, such as being able to study behavioral patterns of children (third) in order to imitate them perfectly (fourth).

So we have to expect that a doll dressed like the worst pussies you’ve ever had as schoolmates, a kind of mean girl of the first season of Gossip Girl, start killing all the people he meets on the street. It’s hard to think that all of this won’t happen. And that’s only half the appeal of this film. The trailer went viral because it was gleefully silly: it featured some sort of version of Blair Waldorf (the character of Leighton Meester in Gossip Girl, ndt) between dance moves and a list of people to kill. What makes M3GAN a bit different from the same-themed horrors that preceded it – like The killer doll, Gremlins or the demonic puppets of the series Puppet master – is that its mission is to protect its owner. It wasn’t designed to be evil – it’s the threats from the outside world that make it so. A bit reminiscent of Scarlett Johansson (or her voice at least) in She – Her: an Artificial Intelligence product that goes beyond the uses for which it was designed because it is too sophisticated, it knows too much, it grows far beyond the parameters of its digital existence.

Either way, people do die for real. The chaos increases. It would not be fair to say that M3GAN it’s a totally insane movie, because it could go much further than it does, and be darker and scarier on every front, including the moral one. The material is all there. But what makes the film work are certain delightful details. There’s something irresistible about seeing this sort of giant Bratz ripping someone’s ear off; or when he suddenly starts singing a song by Sia without anyone asking him. 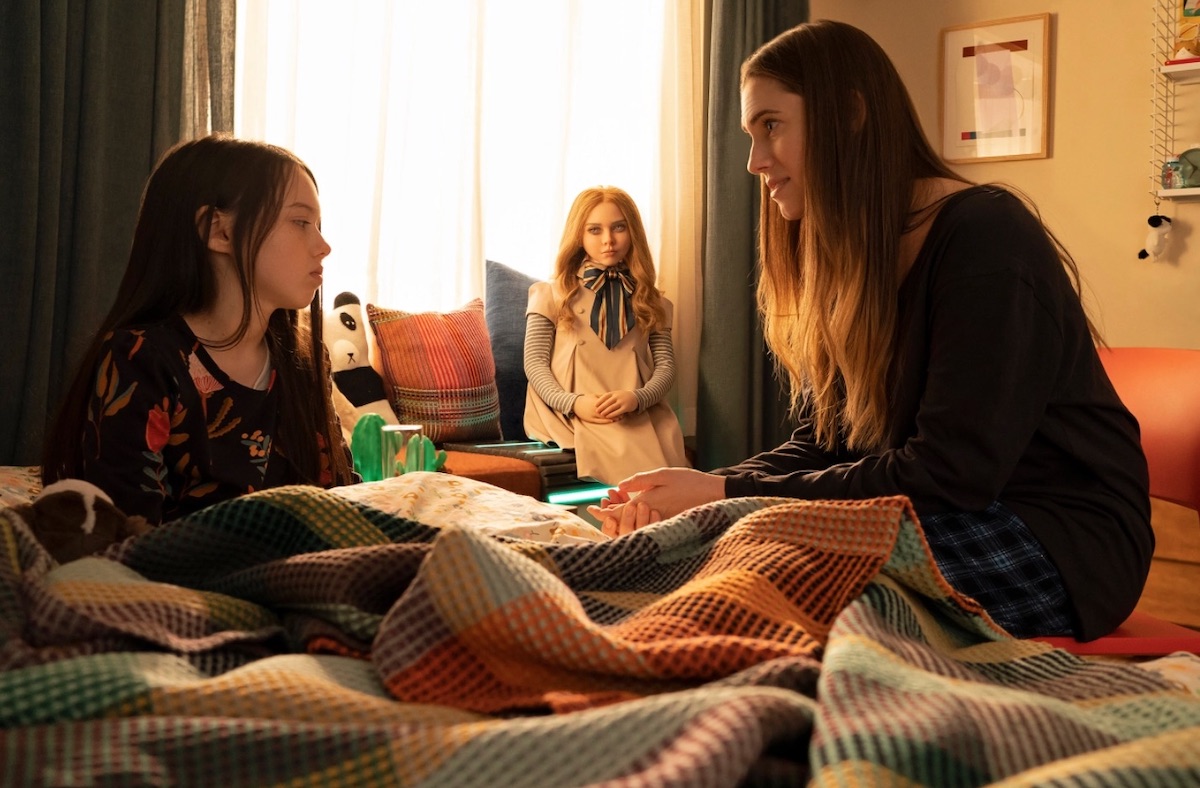 At first, M3GAN’s enemies are your own enemies: they’re the baddest dudes around, but that’s as clear as the fact that the film wants to cross that line very soon. Therein lies the irony of the script. He knows why this subject interests us so much, but it gives us a real sense of danger (at the expense of poor Cady) and a growing tension. The really hard thing isn’t seeing M3GAN take people out; it’s to think that a child as vulnerable and impressionable as Cady could follow the doll in her crazy mission – because we immediately understand that could happen.

A better version of this film would have taken that route, making us laugh and even more alarmed. But the result is already more than satisfactory. The best moments of M3GAN they are not those full of terror and violence, but all the more subtle and ironic subtexts; moments like when M3GAN moves his head and looks at people as if he wanted to tell them “I told you so”, or his way of changing his gaze when what he thought was a friend becomes an enemy – and then think about how I will be able to practices his next murder.

It’s like I can read her thoughts, and that’s the really scary thing. Because what can M3GAN think about, if not the most blind violence? The film only stumbles when it wants to remind us that M3GAN knows everything and can do everything. When, on the other hand, she lets us imagine the process that regulates the protagonist’s actions, as if she still doesn’t know her next moves, then it really works. Because an M3GAN with a knife is not to be afraid of: an M3GAN with a brain is to be feared.

David Martin is the lead editor for Spark Chronicles. David has been working as a freelance journalist.
Previous Bianca Balti as Angelina Jolie, photos with scars
Next Cold brown hair: overview about it