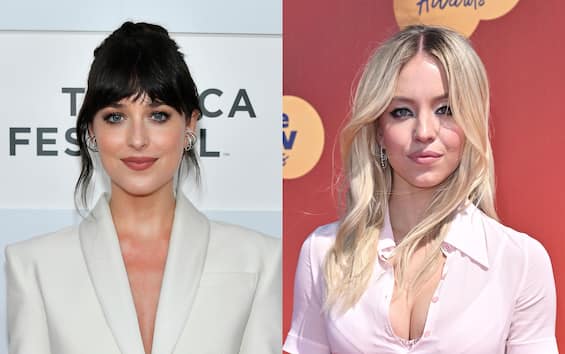 There is great mystery around Madame Webspin-off of the saga of spiderman produced by Sony Pictures. Very little is still known about the film, which is expected to star Dakota Johnson but, what seems certain, is that filming has begun. To reveal it is the actress Sydney Sweeneynoted for taking part in Euphoria And The Voyeursalso part of the cast Madame Web. Interviewed by the magazine Variety, the actress revealed that she is actually on the set these days to record her parts, thus confirming that production has started and that she is already working on the realization of her.

The production of Madame Web has decided to keep a very low profile and reveal as little as possible about the spin-off of Spiderman. For this reason, filming began in secret and there is little certainty about the cast. One of the few is that the protagonist will be Dakota Johnson, daughter of Melanie Griffith and Don Johnson, and that Sydney Sweeney will also take part, who so far has been the first to reveal a few more details about the production: “These days I’m shooting my scenes for Madame Web. I can’t say anything about my character, but I’m very, very excited.” So she explained to Variety her presence on the set, but without further details so as not to give indications on a possible reconstruction of the plot. “It’s my first film Marvel! So it’s been a lot of fun, I’ve done a lot of training in the past few months just as prep work to get into the part,” the actress explained again, hinting that there will be a lot of action in Madame Web.

Who is Madame Web in her comic version

Dakota Johnson on Fifty Shades of Gray: ‘no remorse’

Madame Web is a fictional character invented by Denny O’Neil And John Romita Jr. whose first appearance dates back to 1980. Her real name is Cassandra Webb and she is the leader of the spider women group. In the original story, Madame Web is blind and suffers from neurological deterioration due to myasthenia gravis. However, her super powers allow her to remedy the problems due to the handicap. In particular, it is her psychological abilities that make her so particular and give her the connotation of a medium. It is thanks to these that Madame Web discovers the true identity of theSpiderman and helps him overcome a number of difficulties.

The plot of Madame Web with Dakota Johnson

Very little news has leaked from the production of Madame Web regarding the plot of the Marvel theatrical version with Dakota Johnson. According to some rumors, however, the film should tell the life of the heroine since her birth, thoroughly exploring her ability to clairvoyancewho will introduce her to the world of spiders. Madame Web promises to be a fun and ironic film, like all the Marvel ones, but with emotional cross-sections and psychological passages that will lead the viewer to have another point of view of the Marvel universe that he has always known.

The best movies to watch in July 2022 in streaming and at the cinema. PHOTO

From Corro da te and Spider-man: No way home on Sky, to Persuasion, the new film adaptation of Jane Austen’s book, available on Netflix, up to the long-awaited Thor: Love and Thunder at the cinema: the films not to be missed in July

I run to you (Sky): from July 4th. Gianni is almost 50 years old, he is an inveterate single and serial seducer. When he meets Chiara, a sunny and dynamic paraplegic woman, he in turn pretends to be in a wheelchair to make her fall in love

Clifford: the big red dog (Sky): from 10 July. One day Emily meets an adorable little red dog who soon sneaks into her backpack and spends the night with her. In the morning, however, the dog has reached enormous proportions…

Moonfall (Sky): from 11 July. During a space mission, a cloud of black nanoparticles rises from the moon and attacks three astronauts. Ten years later, Commander Bryan Harper is called up to save the Earth because the moon is falling

David Martin is the lead editor for Spark Chronicles. David has been working as a freelance journalist.
Previous Maria Chiara Giannetta: 10 things you don’t know about the actress
Next Only Murders In The Building, Jesse Williams in the cast of the third season of the series with Selena Gomez