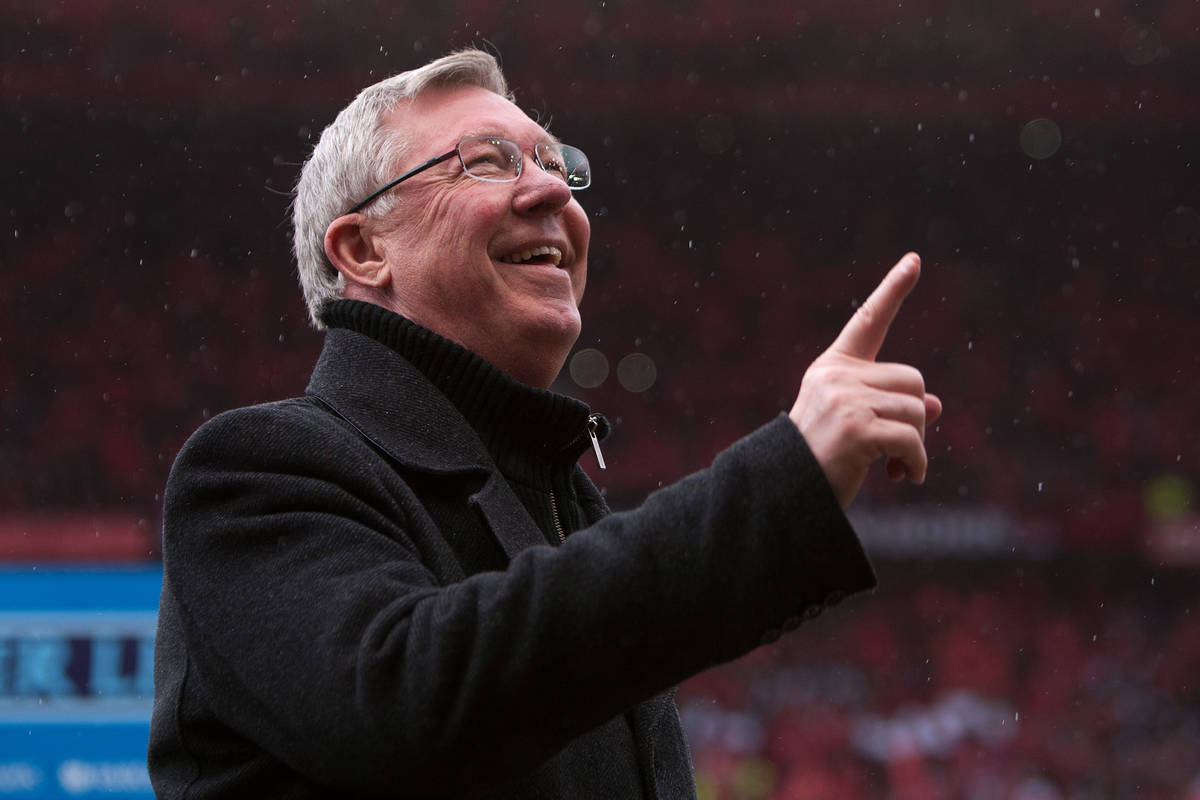 Manchester United are looking for a second Ferguson? Let him take him. It would fit like nobody else

He has already trained Cristiano Ronaldo and Raphael Varane in Real. He knows how to get the best out of great potential. Could he find himself somewhere else than in Madrid? Zinedine Zidane is a risk, but one worth taking in the current circumstances of Manchester United.

Let’s face it: Zidane was an enigma in the days of his game. And as a trainer, perhaps it is even more of a mystery. One gets the impression that the “greatness” of players from previous generations, such as “Zizou” or such as Roberto Baggio, was that they found themselves in the biggest tournaments and disappeared in weekly league matches. It is argued that their careers may have been overestimated due to the fact that league football was not as widely broadcast as it is today. Our eyes were open to their talents, usually during events of the European or world championships or the Champions League finals.

This does not mean, however, that their merits should be taken from them or taken from their pedestals. Football has certainly not been analyzed in the past as much as it is today, with all the publicly available data and a tactical discourse that anyone can join if they want to. This helped Zidane as a player, but the Frenchman’s character as a coach is a different story – he was very often underestimated despite the obvious facts working to his advantage.

Three Champions League titles in a row. No other coach has succeeded in this since the competition’s inception. Hundreds of won matches, over a dozen won trophies, record series, great moments immortalized in history. It’s all nothing, because there will always be questions about Zidane’s place in the hierarchy of trainers. The media and the public tend to look more graciously at the pioneers of the game, those who brought something new to the discipline (Johan Cruyff, Arrigo Sacchi, Pep Guardiola) or those who warmed the minds of fans with their personality (Alex Ferguson or even Jose Mourinho). “Title winners” such as Carlo Ancelotti and Ottmar Hitzfeld are not honored like them. And Zidane is sitting at this table right now.

“Zizou” was often considered a tactical Neanderthal, and there were patterns in his activities in Madrid, similar to those he used when he was successful as an active player. He used many different formations and configurations to become an extremely flexible man on the coaching bench. Of course, he had a galaxy of stars leading Real, which allowed him to change concepts as needed, but it must be impressive that he could determine when these changes needed to be made.

While Zidane was working on his coaching workshop, he visited Marcelo Bielsa while the Argentinian was managing Olympique de Marseille, a club that ZZ had been supporting since he was a child. After the meeting with the mentor, the senior expert made a fascinating statement:

– It is a living monument to football. I see him more as a statue than a man. For Mr. Zinedine, listening to me was unforgettable. Focused all the time, although it must have been difficult at first. He exerts tremendous power on the common man. Indescribable emotions.

That’s the difference between Solskjaer and Zidan. While the status of the just-released Norwegian legend is limited to loyal and sentimental supporters of the “Red Devils”, the Frenchman’s position goes far beyond that. It is a global icon with underappreciated skills. A reluctant and somewhat withdrawn leader is an element of character that draws crowds to him. Who, if not an icon, would be better suited to the global brand Manchester United?

Someone who does not know him, on the basis of press conferences and interviews alone, would conclude that we are dealing with a good-natured gentleman under fifty. Nothing could be more wrong. Prudence, self-confidence, and sometimes annoying stubbornness remained with him also after hanging his shoes on a peg. Several people in Real have experienced these intransigent traits. The best example is Gareth Bale. It shows that Zidane has more subtle tools in his arsenal than a “bull” in the chest to line up players and that he can make difficult decisions. If he were to become United’s new broom, fans can rest assured that he would not hesitate to use even radical solutions.

Nobody would bother with the bank. The whole system would only conform to its own ideas and intuition. However, it cannot be said that he is holding the cloakroom with a hard hand using terror and murder. It is also not the level of Jose Mourinho and Louis van Gaal who openly blame the players for poor performance, or Solskjaer, who seems to be a “wimp” around difficult questions from journalists. Zidane always defends the team, the latter in turn want to go into fire with him and rise to the occasion in the most difficult, crisis moments. Real stars saved his ass more than once when he was on the verge of losing his job.

It’s hard to judge who Zidane could miss when determining the team’s “base”. He is undoubtedly attached to the people he has tested and blessed. It probably won’t take away the years of Cristiano Ronaldo, but it’s safe to assume that the Portuguese would be the sun again in his team’s planetary system. With all the voices of critics, Raphael Varane spent the best moments of his career when the defense of the “Royal” was being built by “Zizou”. The 49-year-old also always wanted Paul Pogba on the Santiago Bernabeu, and the midfielder was waiting for the moment to perform under the baton of Zidane, a childhood idol. All these dreams can now come true in, of course, the “Theater of Dreams”.

Between Valdebebas and Clairefontaine

He could still be Real’s manager if he wanted to. He was a player, director, reserve coach at Castilla and assistant to Carlo Ancelotti before getting a permanent job. He grew up in a club that could take over any player in the world and worked in many positions in its hierarchy. What does he have in common with Manchester? Apart from his appearance in the documentary “Class of 92”, many epic clashes at Old Trafford and friendship with David Bekcham – not much. And that’s his advantage. The Red Devils need a hard reset, and Zidane would press a button.

With his current squad, he would be someone United need. A charismatic guy who easily enters a new environment in the middle of the season and sets his authority. He would add a winning mentality to the team. Of course, there is always a chance it will explode, as it did many times when he was running around the pitch. For now, he seems to keep his nerves in check and use his fear of getting angry with someone in order to gain respect among his subordinates. This is a Ferguson “dryer”, but not yet connected.

It is an opportunity for both sides. The club will receive a person who would finally repair the prestige damaged in recent years, bring some fresh ideas and stabilize the line-up. Zidane would also take something out of this marriage. He could prove that he can win not only with “self-play.” Waiting for a job as France’s national team coach may be even longer, and modern football can run away in the blink of an eye. The coach seat at Old Trafford is a big deal and should tempt you to leave your lonely island and embark on a long voyage through the rough waters. With “Zizou” you never know. This is a mystery that no one has yet been able to guess.

David Martin is the lead editor for Spark Chronicles. David has been working as a freelance journalist.
Previous OFFICIAL: Announcement from the league authorities on the events of the Olympique Lyonnais – Olympique de Marseille match. Conflicting versions
Next Piotr Zieliński’s goal was not enough for Napoli. Five goals in the Serie A hit, crazy game at San Siro [WIDEO]