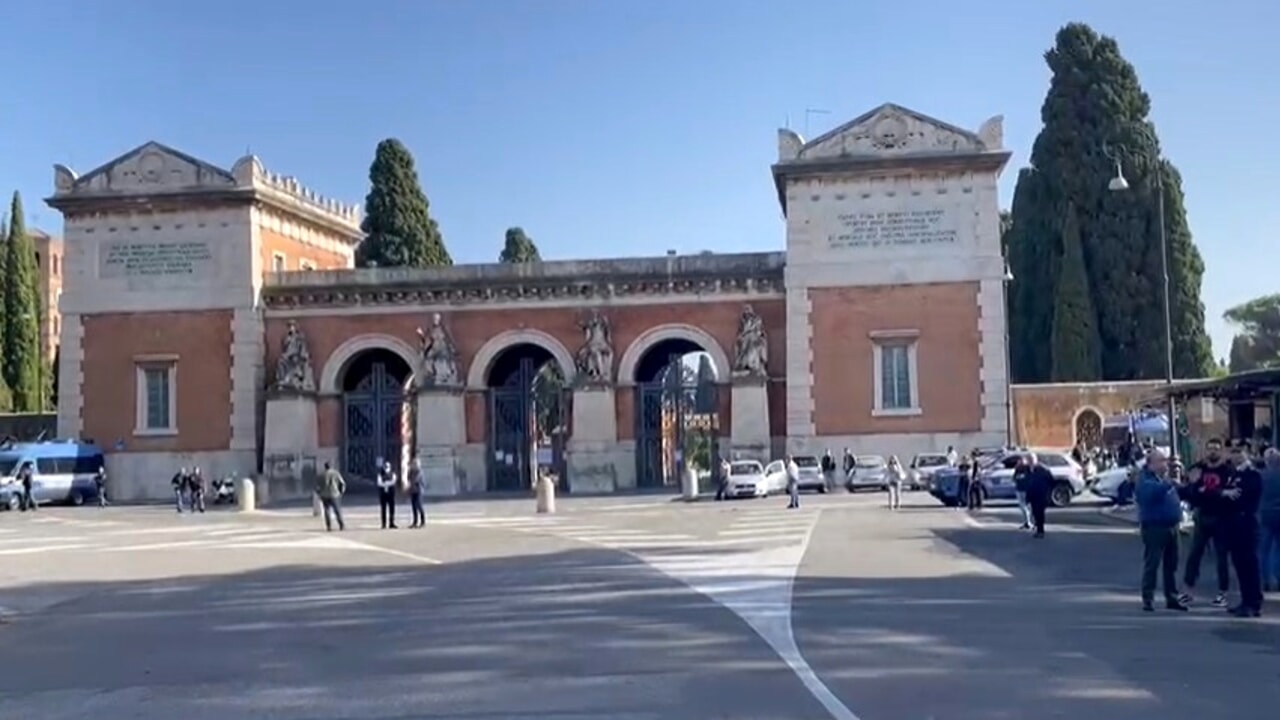 March on Rome, Verano cemetery closed for fear of riots

Verano Cemetery closed for reasons of public order and fear of clashes. This is the motivation that can be read in front of the monumental cemetery of Rome, access to the public is prohibited for the whole day today, Friday 28 October. In the prefectural order they read the reasons for closure linked to “public order and safety on the occasion of the centenary of the march on Rome”.

A provision of a preventive nature, linked to the coincidence of the centenary of the march and the possibility of some unauthorized demonstration by far-right or left-wing organizations. It is no coincidence that in the morning today, CasaPound showed up in front of the cemetery and was rejected.

“The decision to close the Verano cemetery to prevent the deposition of a bouquet of flowers to the fallen of ’22 is disgusting – said Luca Marsella, spokesperson for CasaPound – It was not a demonstration but a moment of remembrance, without symbols or flags: having closed the entire cemetery to prevent a homage to the dead gives the measure of how small and mean certain characters are “.

“Characters who obviously delude themselves that closing a cemetery with padlocks and chains can weaken the memory of those who sacrificed their lives for an Idea. This is not the case and today’s gesture does nothing but remark, in a way that clearer, the ideal and spiritual difference between us and these subjects who, in their meanness, think they have rendered a service to the state by locking up an entire cemetery “.

Some fifty CasaPound militants still placed a wreath in the street to commemorate the dead in Via Acca Larentia, where in 1978 two militants of the Youth Front were killed by a far-left commando. The demonstration of the fascist movement ended without unrest.

Verano Monumental Cemetery: access to the public is prohibited for the whole day today, Friday 28 October. Prefectural order for reasons of public order and security on the occasion of the centenary of the march on Rome. pic.twitter.com/equConPvHw

Rome, the Prefect closes the entire Verano cemetery to prevent placing a wreath of flowers in the chapel of the Martyrs of the Fascist Revolution, an unworthy gesture that also affects the many families who today would have liked to pay homage to their loved ones.
Video ⤵️ pic.twitter.com/c20YliI2iG

Videogames entered his life in the late '80s, at the time of the first meeting with Super Mario Bros, and even today they make it a permanent part, after almost 30 years. Pros and defects: he manages to finish Super Mario Bros in less than 5 minutes but he has never finished Final Fight with a credit ... he's still trying.
Previous between Consul, Vidal, Stanchi, Di Silvio and Al Thani. The point
Next The Strange Case of Drew Barrymore Became Jennifer Lopez