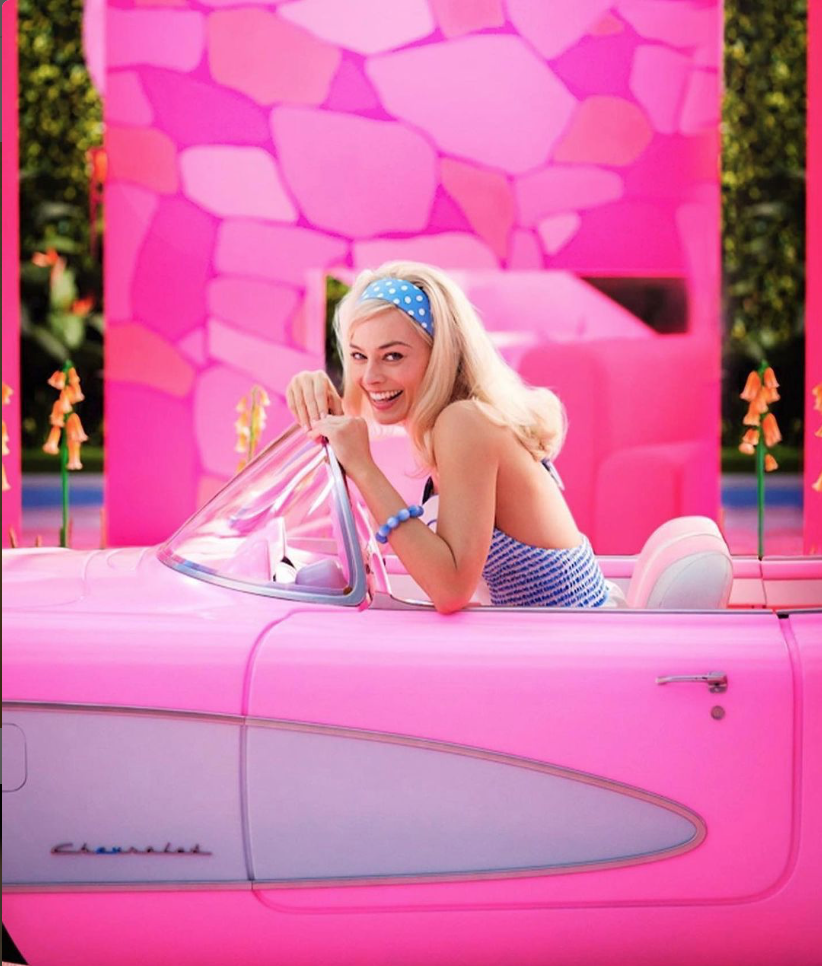 Margot Robbie tells us about the movie about Barbie

Margot Robbie, the Australian actress who plays Harley Quinn in Birds of Preybecomes Barbie in the film directed by Greta Gerwig, the director of Little Women.

“I am delighted to have been chosen as the protagonist of Barbie and to co-produce the film. This doll is special, it has its own history behind it, it is very modern because Mattel, the brand that produces it, always in step with the times, has also recently created a gender-neutral line. When Ryan Gosling, perhaps also thinking of his daughters Esmeralda and Amada, agreed to be Ken – the boyfriend of the doll, who was created after her and is therefore younger and feminists will be happy – it was another conquest . The whole cast will reserve surprises because Simu Liu, America Ferrera, Will Ferrell are also there », says Margot Robbie in one breath.

The Australian actress, cast by The Wolf of Wall Street And Tonya and known to kids as the Harley Quinn’s Birds of Prey, is very busy between London and Los Angeles filming the film directed by Greta Gerwig, and other highly anticipated films await her. For now, however, even if Barbie will come out later, Margot is very busy only with the making of Barbie and Warner Bros. has begun the early press campaign for the film about the doll under the full name of Barbara Millecent Roberts.

The most famous fashion doll in the world

A real empire was born on the brand almost immediately and rapidly expanded all over the world, with Barbies of every color and race. The debut took place in 1959, since then the success has never stopped and the competition has scratched, but never defeated the original. Margot explains: «There are thousands of collectors of this toy and they are all over the world, some have even gathered in clubs and boast their exceptional collections, even vintage, of Barbie. The Mattel brand has always been in step with the times and many actresses have loved this doll and her style. Even Hillary Clinton said she was a fan and admired her independence and determination. She likes men and women. To models and housewives and long gone are the times when Barbie was attacked because someone thought that to imitate her slim and slender figure many of her girls were reduced to being anorexic. As had happened to someone who wanted to imitate the model Twiggy».

«Documenting for the role, which I always do, was as real a pleasure as discovering the personality of the woman who had created it, Ruth Handler. She had a daughter, Barbara, and dedicated Barbie to her. Yes, in the film there will be all the characters surrounding the original Barbie, such as her sister Skipper, Francie her cousin of English origins and Midge her best friend. Collectors know everything and also collect gadgets from the world of the character and someone even has the first talking Barbie launched in the nineties. Mine was a painstaking job and I felt responsible for it as dozens of fan letters began to arrive at my agent. Then it is important to remember that Barbie has inspired many authentic artists: Frida Kahlo created a copy in wood and paper which is located in her favorite museum in New Mexico, Andy Warhol drew paintings and sketches of Barbie and the doll inspired songs while the best-known models have often been inspired by her, certainly not only Claudia Schiffer defined as the Barbie on the catwalk».

Did you play with dolls as a little girl?

«Sure, like all little girls, but I also had stuffed animals and I liked many other cartoon characters. Therefore, also for this conquering and co-producing the role was important. Today, perhaps, children play with computers and robots, but surely someone still enjoys the long-legged Barbie, who inspired her to dress so many women of all ages ».

Why, in your opinion, does Barbie like despite the passage of time?

«Because he is both a fantasy and a real creature at the same time. In America Lucille Ball also contributed to her success, who on television in her clothing, hairstyles and make-up often referred to Barbie ».

Do you really believe that even today Barbie can be considered a mass phenomenon?

«In part yes and, I want to repeat it, long gone are the days when mothers were scared because they feared that the slim and slender figure of Barbie could lead to weight loss daughters determined to look like her».

“I can’t give much anticipation just yet, but it’s going to be breezy, witty, adventurous and sexy, and I’m beyond pleased that Little Women director Greta Gerwig is signing on to direct and co-write the screenplay with her partner, sensitive director Noah Baumbach. . Ryan Gosling will amaze everyone and it’s really nice that he has signed on for a role different from all his previous ones: Surely it’s time for super heroes on the screens, but Barbie in his own way is the heroine of his life. Filming in Los Angeles will then be beautiful because Greta has chosen a villa in Malibu, perfect as a home for our creature ».

«It is also true because Mattel had not yet created boy dolls, but it was precisely the very young fans who wrote to Mattel asking that their favorite doll be given a boyfriend: Ken has his own story in Barbie’s life because he created a football team, enlisted in the Marines.”

How is Barbie in her daily world?

“It shouldn’t be forgotten that good friends and the idea of ​​family are part of the world of Barbie. Skipper, Barbie’s younger sister, is a fan favorite character and has always been very modern with her hair that changed color, blue or pink, ginger or brown hair. When no one used them, as girls do today. I count on having a lot of fun on set and I really needed a film like this. Among other things, even if she changes her appearance, Barbie is always beautifully dressed and in balance between conformity and rebellion and in all circumstances she retains a certain something about her, as I define it, “fashion connection”. It is no coincidence that many stylists, including Italian ones, such as Gianni Versace, and the likes of Ralph Lauren, have collaborated to dress the doll. I’m sure that a live action film version of the most popular doll in the world will intrigue young and old and Greta was just the right director. I loved her film very much Little Women”.