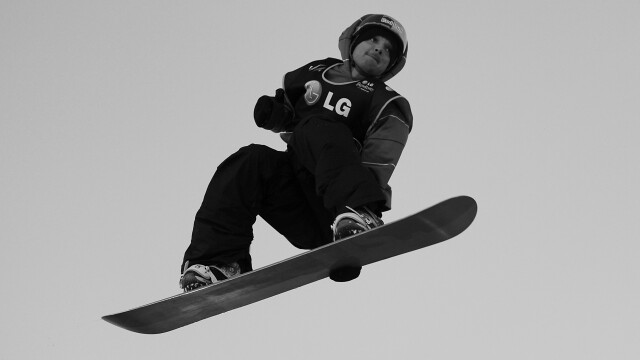 Marko Grilc is dead. The snowboarder was 38 years old

This sad news was delivered by the Austrian police and the Slovenian snowboarder’s team.

“We sadly share the information that yesterday our dear friend and Burton player Marko» Grilo «Grilc died in a snowboarding accident. Our hearts go to his fiancée Nina and their children, family and friends who shared his love and passion for snowboarding “- posted on the official Twitter profile.

With a heavy heart we share that yesterday, our dear friend and Burton team rider Marko “Grilo” Grilc passed away in an accident while snowboarding. Our heart goes out to his fiancé Nina and their children, family, and friends, who all shared his love and passion for snowboarding pic.twitter.com/OOLfsztMwi

As reported by whitelines.com, advertising itself as the “snowboarder’s bible”, Grilc died in a tragic accident while filming in Soelden, Austria. “Kroenen Zeitung” reported that the Slovene was part of the film crew. The accident happened while he and the team went on a ski trip to check the terrain.

The Austrian news agency APA got into the details. “A man from Ljubljana, who according to the police did not have a helmet, sustained fatal head injuries when he hit a snow-covered rock”, the Slovenian newspaper “Crew” quotes the agency. Reasons for the fall are unknown.

Journalists added that “his companions immediately began CPR, but the doctor pronounced him dead when he arrived at the scene of the accident.”

As it turns out, it was not the first accident of Grilec in Austria. In 2016, as a result of it, he was transported by plane to the hospital in Schladming with a back injury.

Grilc is one of the most successful Slovenian freestyle snowboarders, he was on the podium of the World Cup four times, and his only victory was in 2010 in London in acrobatic jumping.

According to the Slovenian media, the snowboarder was supposed to father his third child within a month.

David Martin is the lead editor for Spark Chronicles. David has been working as a freelance journalist.
Previous Roidmi Eve Plus – a great vacuum cleaner with a self-sterilizing emptying station cheaper on Black Friday!
Next Kanar will check that you are vaccinated. Fines up to several thousand euro