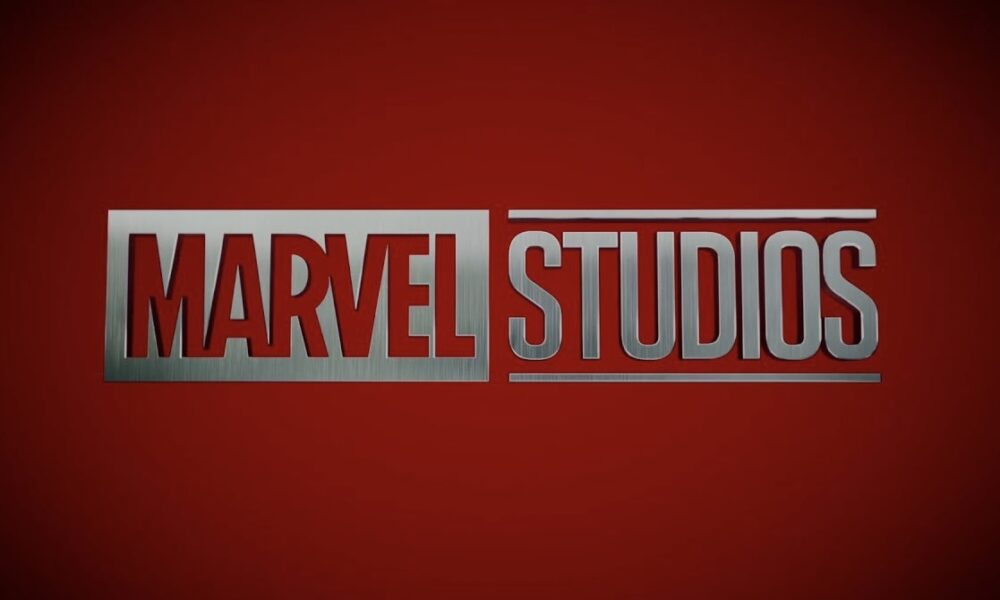 2022 has also closed and, once again, Marvel hit the spot. The House of Ideas has finally closed Phase 4 of the Marvel Cinematic Universe. And he gave the audience such pearls as Black Widow, Shang-Chi, The Eternals, Doctor Strange 2, Thor 4 And Black Panther: Wakanda Forever. But also WandaVision, Loki, Moon Knight, Ms Marvel And She-Hulk. And many others.

But now it’s time to move on and for 2023 Marvel prepares for a spectacular new year. New films and TV series are coming for all fans and not only that will officially open Phase 5. Let’s find out all the news together.

The last ‘film’ weblog Marvel Studios it was the special Guardians of the Galaxy Holiday Specialnow available at Disney+. This year there will be 3 films that will be released in cinemas. But there will be little surprises.

The first film branded Marvel 2023 it is also the first that will open Phase 5. This is the third (and perhaps last) chapter dedicated to Scott Lang, Ant-Man’s alter ego. In the new film, Scott, Hope Van Dyne and various other members of the ‘Ant Family’ confront each other in the Quantum Realm. And they will meet a new threat, even more powerful than Thanos: Kang the Conqueror.

Guardians of the Galaxy Vol 3

After Ant-Manalso The Guardians of the Galaxy becomes a real trilogy. The film should have already hit screens in 2020, but in the end, James Gunn he got a second chance. In the last movie, The Guardians will face the High Evolutionary while Rockets he will have to face the secrets of his past. In short, one last great adventure.

He will be directing again James Gunn. In the cast they will return Chris Pratt, Zoe Saldana, Karen Gillian, Dave Bautista, Pom Klementieff, Vin Diesel And Bradley Cooper. Among the newcomers there will be Will Poulter, Maria Bakalova And Chukwudi Iwuji. At the cinema since May 5, 2023.

Finally we have The Marvels. Sequel to Captain Marvel, released in March 2019, the film will star Carol Danvers in the present day. The plot of the film is still unknown, but we know that this time Carol will have to join forces with two of her no less companions. The first is Monica Rambeau, daughter of Maria, Carol’s best friend. The second is Kamala KhanCarol’s number one fan.

There is directing Nia DaCostaalready behind the camera with Candyman (2021). In the cast again Brie Larson as Captain Marvel. Together with her we will find Teyonah Parris, Iman VellaniSamuel L Jackson, Zawe Ashton And Park Seo-Joon. In rooms from July 28, 2023. 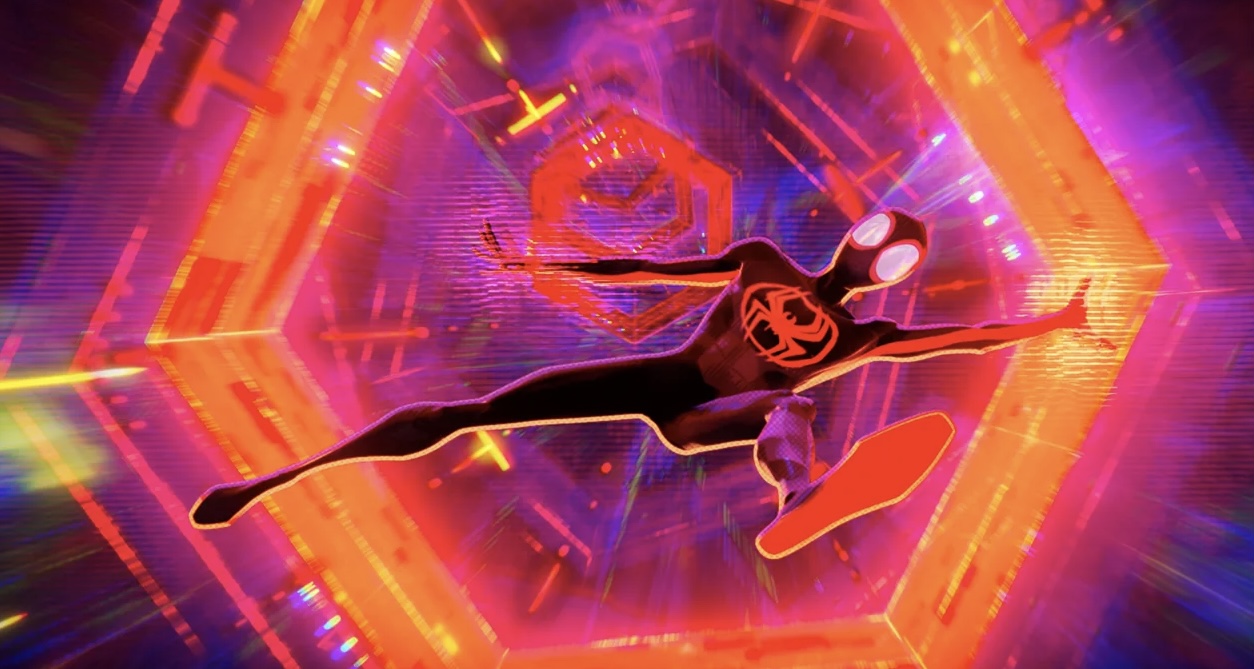 These are the three new films that will be released during 2023. Not even on purpose, they are three sequels, but we are sure that Marvel will not disappoint expectations. While not entirely Marvel productions, there are other films on the way. We are talking about Spider-Man: Across The Spider-Verse And Kraven the Hunter.

The first will continue the adventures of Miles Morales in the Spider-Verse. And this time there will be many more Spider-Man than in the first chapter. Part one will be released on June 1, 2023. Part two instead will tell the origins of Kraven, one of Spider-Man’s most fearsome enemies. To interpret it there will be the future (perhaps) James Bond Aaron Taylor Johnson. The movie will happen to Venom And Morbius and it will come out October 6, 2023. In short, watch out for you Spider-Man.

She Hulk And Werewolf were the latest on Disney+. In 2023 there will be 7 TV series that will return or debut at Marvel. That’s who we’re talking about. 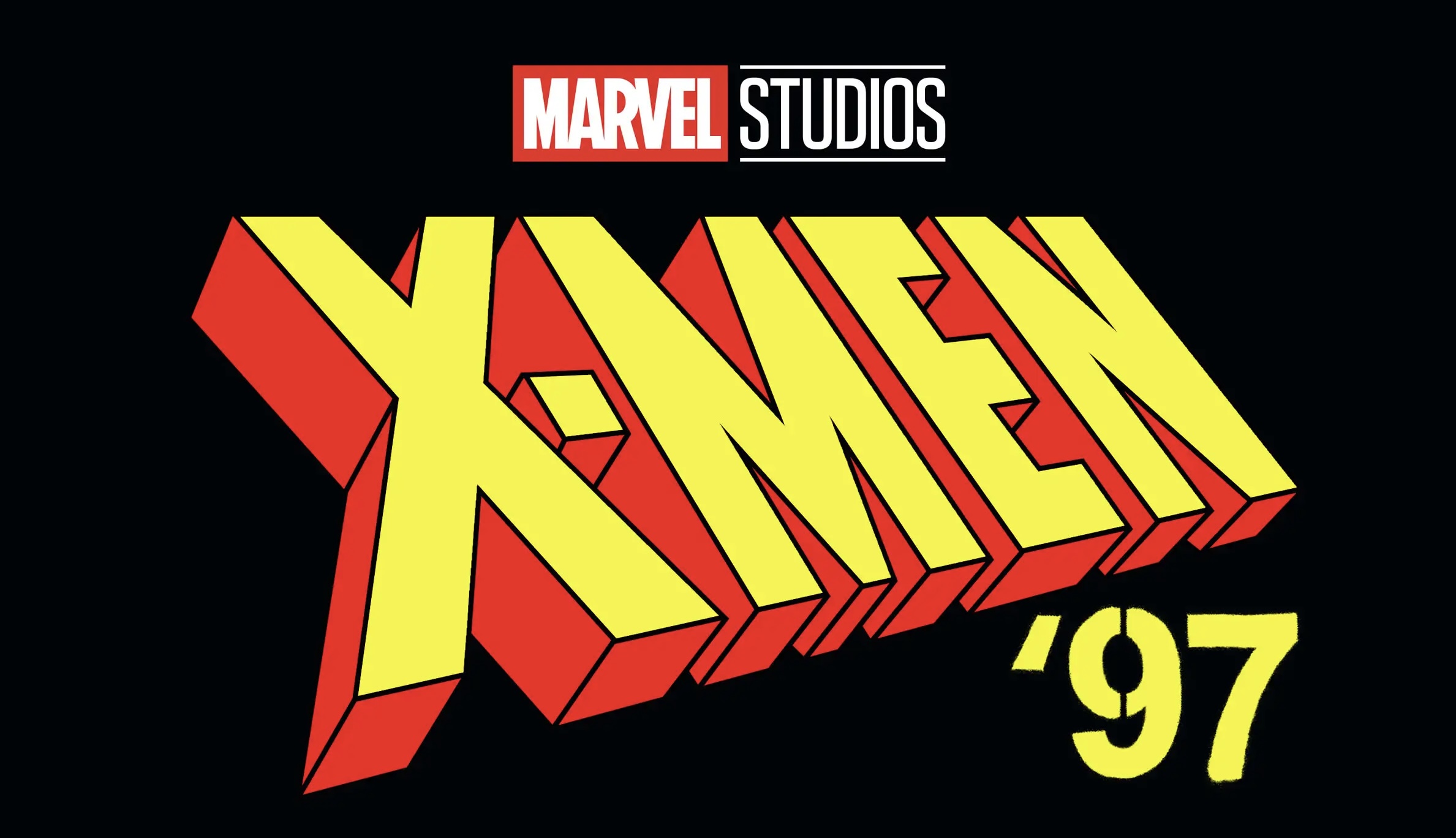 Let’s start with X-Men ’97. This is not a production Marvel not canonical. But the series will be a real revival of X-Men: The Animated Serieswhich aired in the 1990s.

We know that the series will have 10 episodes and will pick up right where the original ended. As revealed during the San Diego Cimic-Con 2022the professor x he left for space. And now it will be Magneto to lead the X-Men. Already expected in November 2022, the TV series will officially return February 17, 2023.

After almost two years of absence, he returns What If?the first animated TV series of the mcu. The first season of the show truly surprised everyone. It is an anthological tale that shows alternate universes and stories that have taken a different direction than the mcu.

We will most likely find UATU the observer, the ‘narrator’ of the series. For the rest, the second season should close the ‘New Phase 1’. No news on the release date.

But it is assumed that the series will return in the first months of 2023 with 9 episodes. We’ll see.

Another long-awaited series that hasn’t seen the light yet is Secret Invasion. We will meet again very soon Nick Furyone of the great protagonists of the mcu. In this new adventure, Fury he will have to face the threat of the Skrulls, who have mysteriously infiltrated the United States.

They will come back once again Samuel L Jackson, Ben Mendelsohn and Cobie Smulders, Martin Freeman And Don Cheadle. Among the new faces Emilia Clarke, Olivia Colman And Kingsley Ben-Adir. As for What If?the release date is yet to be discovered. 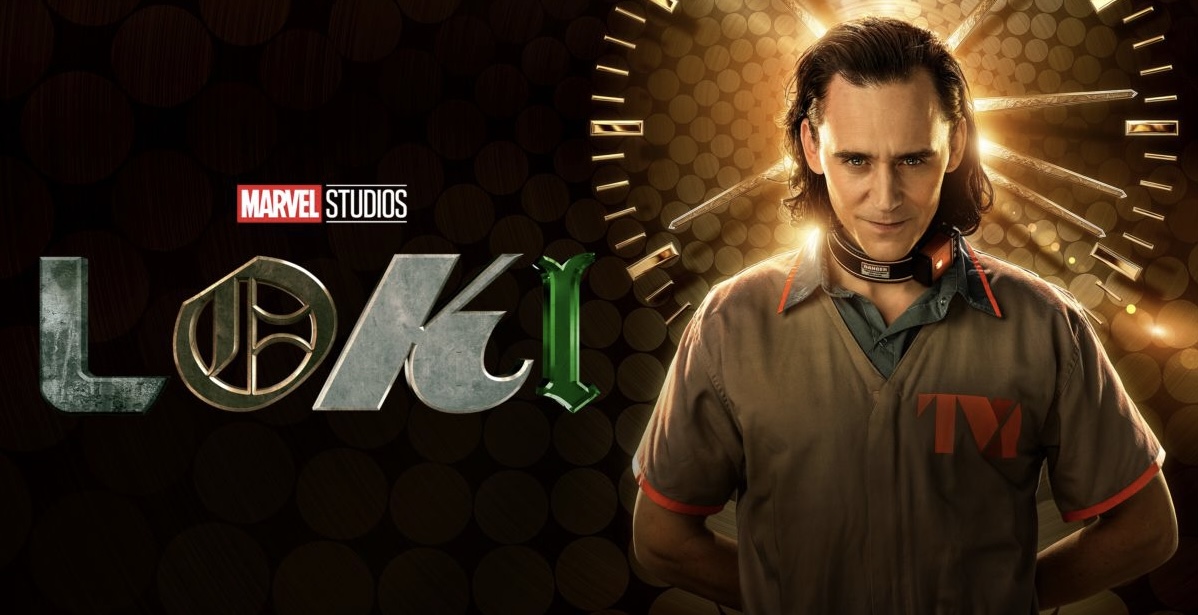 It was supposed to be a TV miniseries. And yet, too Loki will have a second season. The series, first released in 2021, has created real twists. And fans can’t wait to see how the adventures of Loki.

Season 2 will pick up where the first one left off. The plot is still unknown, but we know the Multiverse could take a different turn. In the cast they will return Tom Hiddleston And Owen Wilson. Also among the new entries Ke Huy Quan. The appointment is for Summer 2023. 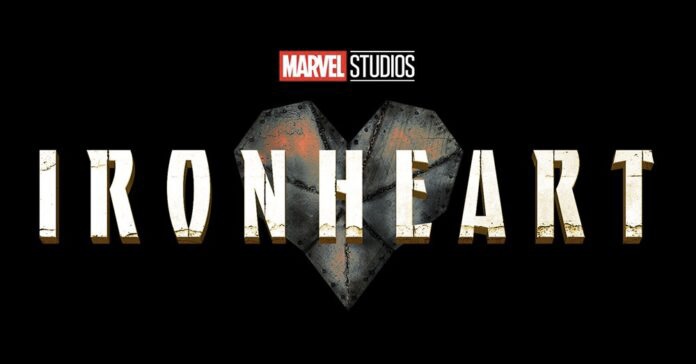 And now it’s time to meet ‘new’ characters. She made her debut just a few months ago in Black Panther: Wakanda Forever. But apparently she will be the replacement for Iron Man. Well yes, we are talking about Riri Williams. She is a teenager, but she has turned out to be an ace in technology.

Ironheart will consist of 6 episodes. The plot is still unknown, but we know that Riri Williams (played by the young Dominique Thorne) will have to deal with The Hood (Anthony Ramos). The release is set for late 2023. So we’ll have to wait a bit before learning more. 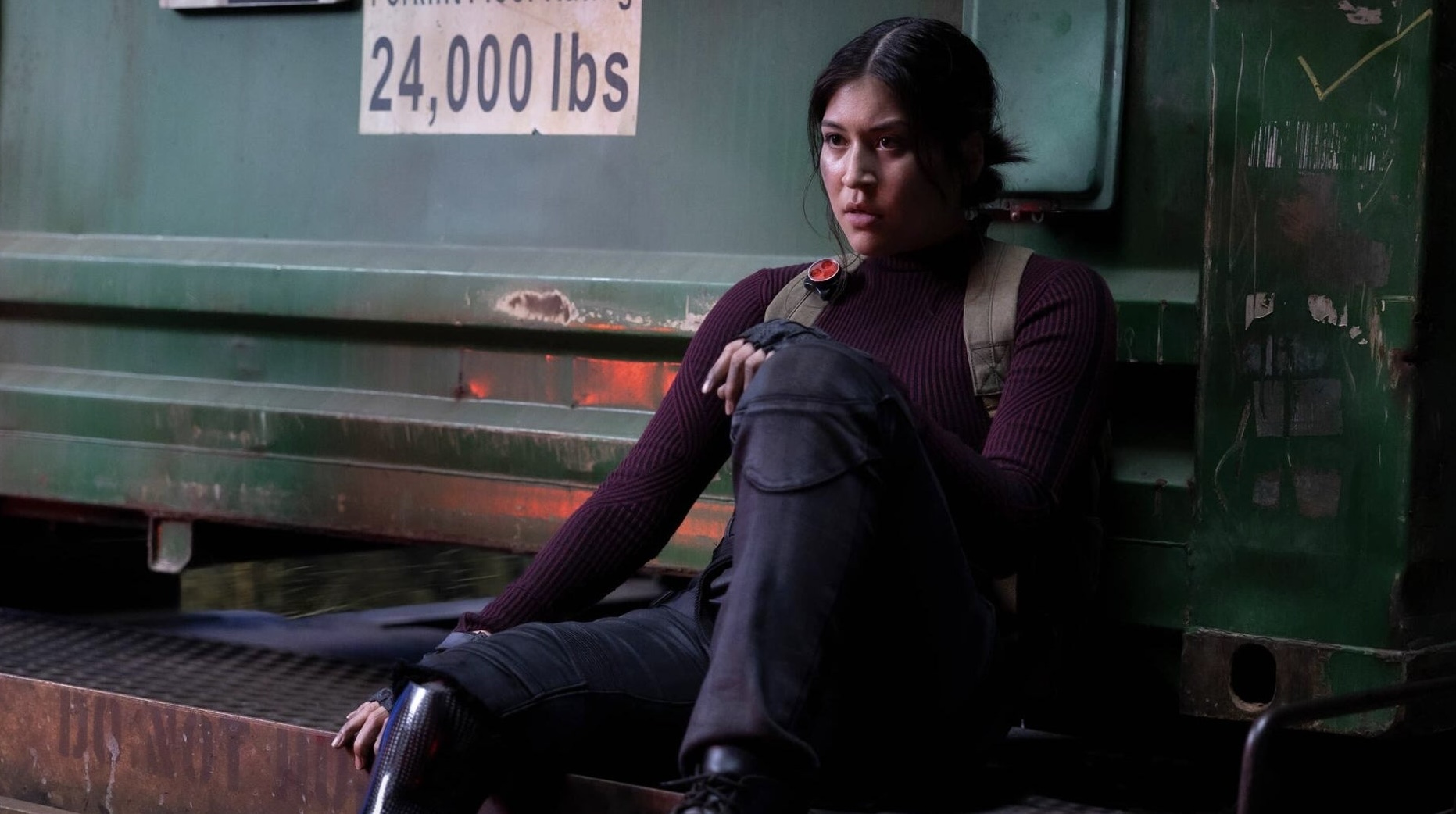 Another character we have seen, to be precise in Hawkeye (2021), it was Maya Lopez. At first it was against Hawk eye, whom he blamed for his father’s death. But in the end he turns to the good side. To wear Maya’s shoes will still be Alaqua Cox. Together with her will also be there Graham Green.

In the new series, Echothe deaf-mute Maya he will return to his hometown to try to defeat his father once and for all: Wilson Fisk (Vincent D’Onofrio). But that’s all to see. Echo it should debut at the end of 2023. It is rumored to have been moved to 2024. We will know more in the coming months. 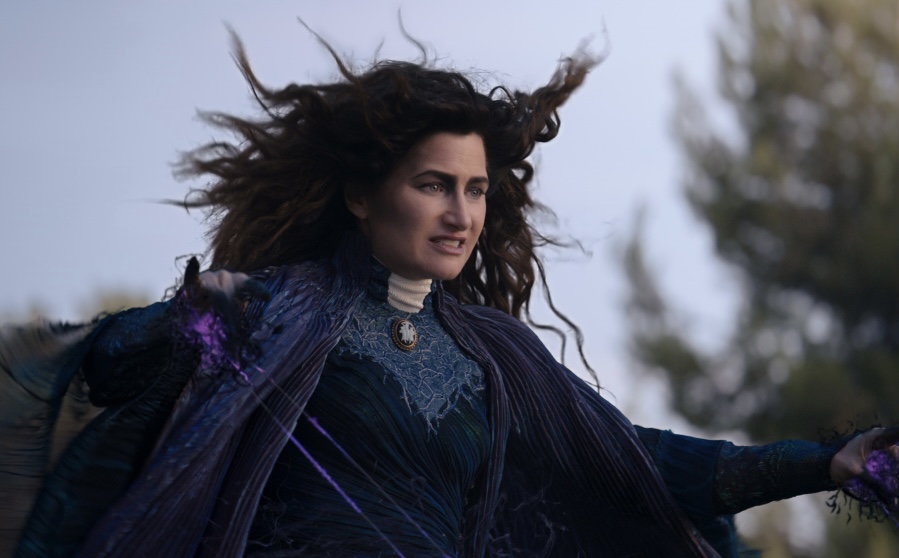 Finally, we close with Agatha. Having already seen it in action in the award-winning Wanda Vision (2021), the antagonist Agatha Harkness (Kathryn Hahn) is ready to turn the tables. Agatha: Coven of Chaos is among the most anticipated of Phase 5 and perhaps it will be a dark comedy, like the original show.

We know little or nothing about the plot. But we know that Jack Shaffer will be the showrunner again. In the cast, in addition to Hahnthere will also be Aubrey Plaza And Patti LuPone. And many more. The series should arrive at the end of 2023. If not even in 2024. We will keep you updated.

Marvel 2023 seems to start great. And we are sure that it will not disappoint expectations. We’ll see if Kevin Feige he will have been speaking or not.

David Martin is the lead editor for Spark Chronicles. David has been working as a freelance journalist.
Previous The Batman has been featured in six BAFTA 2023 longlists, including Production Design, Score and Cinematography!
Next Rupert Grint’s Ice Cream Van