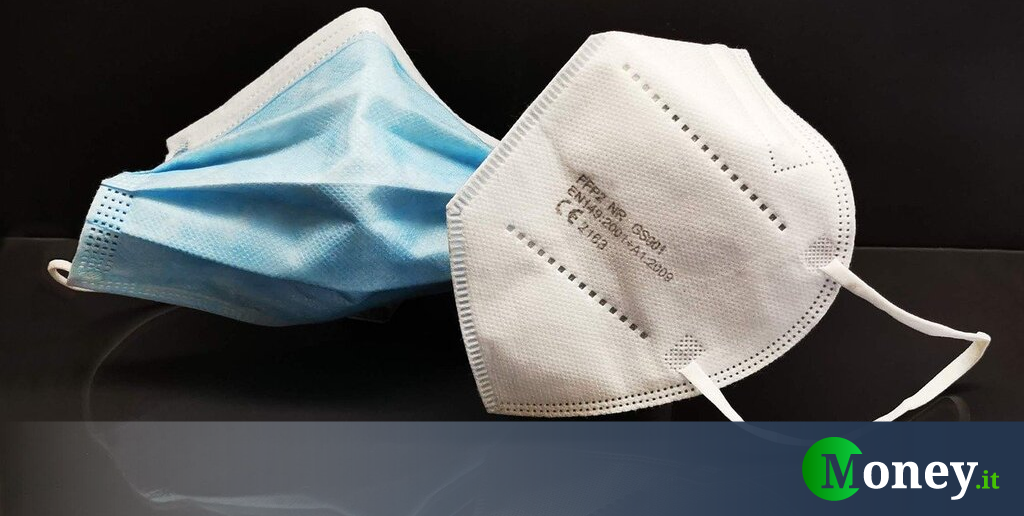 Mask abolished, but not completely: when it is still mandatory

From the October 1st the obligation to use the mask on public transport, such as trains, buses, and the subway, has ended, after being extended until 30 September at the beginning of summer. It might therefore appear that the mask has been abolished, but this feeling would be considered half truth. In fact, there remain several places where it will still be mandatory at least until October 31st.

Also with regard to the green pass, although it is no longer required in most situations, this will remain mandatory for some types of workers. So let’s see what changes, how it works for the private and public sectors, and when the use of the protective device is still mandatory.

Mask abolished, but not entirely: this is where and when it remains mandatory

Mask abolished: what has changed

Since 1 October it has also been eliminated the obligation to wear a mask on means public for the transport of people, both local and interregional. This includes trains, trams, buses, and the subway. However, the use of the protective device remains at the discretion of the individual. It should be noted that, already Before the beginning in October, the mask was not intended for air flights, both national and international, and on cable cars.

The places, and the worksfor which the mandatory mask is still required few remain, and are closely linked to the health and care sector or to the private sector in some cases, such as when the required distances cannot be guaranteed. For the public administration, on the other hand, the use of respiratory protection devices is only recommended.

Where and when the mask is still mandatory

It remains active, following the extension provided for byorder signed by Minister Speranza, the obligation of the Ffp2 mask, for employees and visitors of some particular sectors, for the protection of the most fragile people.

The use is still necessary for workers, users, and visitors of health facilities, socio-health and social assistance facilities, which includes Rsa and all residential facilities for the elderly including non self-sufficient, hospitality and long-term care facilities, rehabilitation facilities , and hospices.

There are some exclusions in the following cases:

These rules will remain so until the end of the month, October 31st, while until 31 December the obligation of green passes remains for healthcare workers, hospitalized and visitors to hospitals and RSAs, except for any extensions. Health workers, until that date, also maintain the vaccination obligation.

How it works for individuals: can they request it from customers?

As for the private sector a protocol of the social partners is envisaged that indicates how to behave, in particular in the case of employees in situations of fragility and more at risk of contracting serious forms of Covid-19.

L’obligationscheduled for October 31, 2022, is for those situations in which colleagues work side by side, therefore without the possibility of maintaining the safety distance in any situation, as well as being required in particular situations, such as inside lifts.

Employers must provide the Ffp2 bezels necessary for employees, but are generally not required to enforce their use, except in specific situations.

In particular, as stated in the protocol valid until 31 October:

Without prejudice to the obligations established by art. 10-quater of the law decree 22 April 2021 n. 52 converted with amendments by law no. 87, as amended by art. 11, paragraph 1, of the decree-law of 16 June 2022, n. 68, the use of respiratory protective devices FFP2 filtering facials, although currently mandatory only in some sectors according to the current legal regulations, remains an important safeguard for the protection of the health of workers for the purpose of preventing contagion in working contexts in closed environments and shared by several workers or open to the public or however, where interpersonal distancing of one meter is not possible due to the specific nature of the work activities. To this end, the employer ensures the availability of FFP2 in order to allow all workers to use it.
Furthermore, the employer, upon specific indication of the competent doctor or the head of the prevention and protection service, on the basis of the specific tasks and work contexts referred to above, identifies particular groups of workers to whom provide adequate personal protective equipment (FFP2), which must be wornpaying particular attention to fragile subjects.

Can a private individual prevent customers or employees without a mask from entering the store? The easiest thing would be to provide masks to customers and recommend their use. It should be noted, however, that the mask in itself it is not discriminatory, as also said by Professor Astrid Zei in a previous interview, and should be considered on a par with other similar situations, as in the case of dental or medical offices that provide shoe covers to patients during the visit for hygiene reasons .

The rules for the public sector

As for the public sectorin the Public Administration the use of respiratory protection systems is recommended, but not mandatory, except on specific occasions such as in the case of direct contact with the public in situations where there are no protective barriers or when dealing with with fragile people, customers or colleagues who are, as well as in the lifts and, in general, in spaces where the danger of crowding cannot be excluded.

Universities have been left autonomy and depending on the university it has been chosen whether to reintroduce the obligation or just recommend the use of masks. It will therefore be necessary to contact the individual institute to assess the situation, even if in general most schools no longer have the obligation.

What will happen in the future

It is always one situation subject to change and modifications. With the return indoors, the risk of contagion has increased, and this could lead to different decisions regarding the obligations relating to the use of masks indoors.

As to the ways in which any extensions or changes will be announced, it can be assumed that they are the same as those used for the extension relating to the use of masks on public transport, for example, and not at the hands of individual auditors.

This is because, like provided for in art. 50 of the TUEL “in the event of health or public hygiene emergencies of an exclusively local nature, it is envisaged that the Mayor can adopt the aforementioned ordinances, in the capacity of representative of the local community.“The power of trade union ordinance, however, can take different forms, and be either an emergency or a connotation of ordinariness, depending on the conditions that justify its issuance. However, with the end of the state of emergency, the power of mayors to issue ordinances on this specific topic has also changed accordingly.

Videogames entered his life in the late '80s, at the time of the first meeting with Super Mario Bros, and even today they make it a permanent part, after almost 30 years. Pros and defects: he manages to finish Super Mario Bros in less than 5 minutes but he has never finished Final Fight with a credit ... he's still trying.
Previous The Handmaid’s Tale 5 review, episode by episode
Next The super suv with Mercedes warranty that costs only 2 thousand euros | Few know him