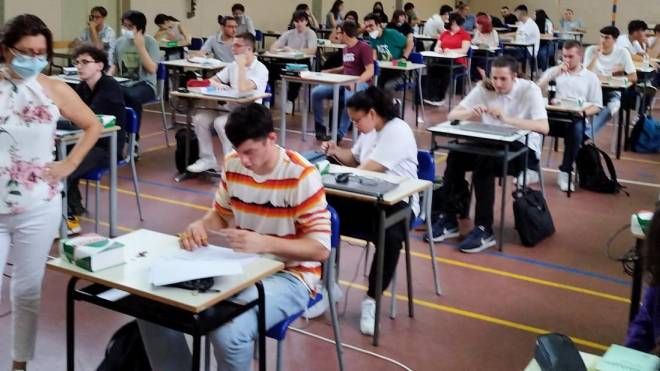 After the 6 long and exhausting hours of the first rehearsal, that verse of the famous song by Venditti, “maturity t’avessi took before”, must have occurred to more than one student. In fact, the exams that make a clear mark in everyone’s life, the dreaded exam of the fifth year of high school, the final exams have officially started. And for once, even the bets on the authors and the eligible arguments, have borne their fruits, given the presence of Verga, Pascoli, Liliana Segre, the environmental issue and the pandemic from Covid 19. We went out of one of the Florentine high schools , the MIchelangiolo, to meet the students after the presentation of the theme.

“I think it went well – says Costanza Tenucci with a smile -. The tracks were beautiful, Verga let’s say it was predictable, but I chose to do the one on Liliana Segre’s text. I liked it a lot as a text and as an opportunity to talk about a certain historical moment. . The problem now will be tomorrow (today ed), with Latin. The best thing, however, was to go back to class without a mask with all my classmates. Maybe it will be a more complicated exam, but finally let’s go back to living a little normality “.

“I too chose to follow the trail on Liliana Segre, talking about discrimination and the holocaust – adds Ettore Paoletti -. Pascoli and Verga I expected them, and let’s say that Covid was also very eligible. it was undoubtedly very beautiful and exciting. It was time to go back to school at full capacity and in normalcy, we have lived strange years and I hope that those who come from now on will not have to repeat what happened to us “.

“I’m happy, I think it went well – says Sara Bisori -. I chose to do the theme on Verga, because I liked it a lot and I expected it a little. I honestly didn’t think it would be included, it seemed almost too obvious, given the 100th anniversary of his death. I must say that it was tiring, but I didn’t even use all the time available. I couldn’t take it any more than my dad, I’m happy to go back to normal and take the exam in person “.

“I am happy, because the selected tracks were all very personal, and gave the opportunity to express one’s thoughts – concludes Camilla Ruggeri -. I made a particular choice, I chose the musical theme, which started from a text by Oliver Sacks. And It was nice to be able to talk about the power of music in society, it’s a topic that I like and really care about. I’m more worried about the second test now. Fortunately we were able to take the exam without a mask, with the windows open and spaced apart, a real one. liberation”.

David Martin is the lead editor for Spark Chronicles. David has been working as a freelance journalist.
Previous Billie Eilish announces new ‘Happier Than Ever’ tour dates
Next The cult series with Pamela Anderson, then the film: how Baywatch was born