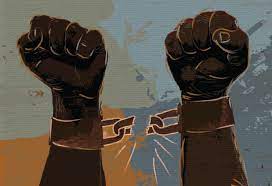 The 13th of May has enormous historical weight in Brazil. Marked by the Lei Áurea, which was sanctioned in 1888 and abolished slavery in the country, the date is to this day a symbol of struggle and resistance for those who deal with the cruel legacy of the period of segregation. This Friday (13th), the Watch Brazil prepared a special selection for those who want to understand why the appreciation of the 13th of May is so important, but, at the same time, only part of something much bigger.

Despite the relevance of the date, May 13 was not considered a national holiday until 1930, under the government of Getúlio Vargas. In 1971, the date also came to represent the National Day of Denunciation against Racism, a means found by activists to talk about representation and the lack of acceptance of the black population after the end of slavery.

Do you want to understand more about the relevance of the date and why this reflection charge is so relevant to representativeness? See the list of options that Watch has prepared:

black aces – The film released in 2021 tells the story of a group of black aviators with one more challenge ahead of them, facing structural racism. Discover the story of the men and women who took to the skies throughout the 20th century, proving to a segregated nation that skin color does not determine skill level. Directed by Dan Wolf.

King Richard: Creating Champions – King Richard: Raising Champions is a biopic inspired by Richard Williams, father of tennis players Serena and Venus Williams. Obsessed with making his daughters future champions, Richard uses his own unconventional methods, following the clear vision of the future he has built for them. Nominated for six Oscars and winner in the category of Best Actor with Will Smith. The direction is by Reinaldo Marcus Green, with a screenplay by Zach Baylin and participation by Aunjanue Ellis and Saniyya Sidney in the cast. To watch the feature, just rent it on the Watch Brazil.

think like them – Released in 2012, the feature tells the story of a group of friends who, after reading the book “Act Like a Lady, Think Like a Man”, begin to use the author’s tips against their boyfriends. Concerned, the men decide to read the book too and try to use the tips against their partners. Directed by Tim Story and written by Keith Merryman and Steve Harvey, the cast includes Michael Ealy, Chris Brown and Meagan Good.

For Life – Released in February 2020, the series tells the story of Isaac Wright Jr, an African-American man who was arrested and became a lawyer. Over the course of the episodes, Isaac starts working cases to defend other inmates, while also trying to change his life sentence. An important and much-acclaimed factor in the series is her criticism of the American prison system. Both seasons are now available on the platform. The cast includes Nicholas Pinnock, Indira Varma, Joy Bryant and Mary Stuart Masterson, and the direction is by Jann Turner.

Videogames entered his life in the late '80s, at the time of the first meeting with Super Mario Bros, and even today they make it a permanent part, after almost 30 years. Pros and defects: he manages to finish Super Mario Bros in less than 5 minutes but he has never finished Final Fight with a credit ... he's still trying.
Previous Creepy Horror Movies For Kids: Where Are They Now? Drew Barrymore, Haley Joel Osment and others
Next Louis Vuitton 2022 2023 cruise California fashion show